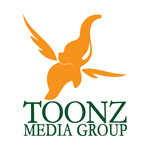 International animation and entertainment company Toonz Media Group, based at India’s Technopark, and Hollywood-based mobile entertainment network ReachMe.TV, announce the launch of Toonz TV — a next gen channel for the young and young at heart. The venture will leverage ReachMe.TV’s production and entertainment platform and Toonz’s veteran creative team to create new titles, and tap into Toonz’s popular international animation catalog and a growing collection of interactive and games content, including AR/VR.

At launch, Toonz TV will have a reach of over 100 million US viewers via ReachMe.TV’s networks in airports and hotels. The partners are planning foreign market expansion in Q3 of 2017.

“We all know that the entertainment landscape is changing, and kids’ programming is a big part of that evolution,” said ReachMe.TV Co-founder and CEO Lynnwood Bibbens. “Toonz’s immense experience from software development to feature film animation and interactive gaming is a perfect match for our platform and our 100 million plus viewers on the go!”

Toonz TV will kick off with a lineup of free content, featuring a Toonz Channel and “bingeable” series selection on ReachMe.TV’s mobile web platform, featured segments on its airport network and as part of the hotel network available in over 750,000 rooms across the US. These will be augmented with a growing set of features, including games, free in-room movie packages, downloads and mobile features for families on the go.

“We have wanted a partner who shared our philosophy and experience and could go beyond traditional media production and distribution to reinvent the network model,” said P. Jayakumar, CEO, Toonz Media Group. “ReachMe.TV is the ultimate partner to bring our unique philosophy and talent to life.” 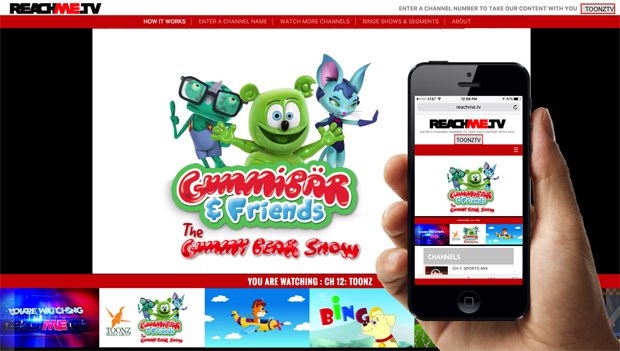