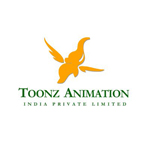 India-based Toonz Animation will team up with Montreal-based Mediabiz to open a production facility in Canada.

The venture, dubbed Toonz Entertainment Global Canada, will go to work on two TV series, Speed Racer and HTDT. Both series are budgeted at around $6.2 million.

The trade goes on to say the unit looks to invest about $200 million in indie production over the next three years.

TRIVANDRUM, India, November 16, 2010 /PRNewswire/ — Technopark-based animation major Toonz has announced that it has set up its new production unit in Canada- Toonz Entertainment Global in association with Mediabiz International, Canada. TEG, Canada will concentrate on producing both animation and live action properties.

“The decision to set base in Canada stems from the growing co-operation between the North American production houses and Asian counterparts. It will help leverage the cost arbitrage of Asia vis-a-vis the conducive production ecosystem in Canada. The partnership with an established house like Mediabiz makes Toonz one step nearer to being an established global player,” said P. Jayakumar, CEO, Toonz Group.

“Mediabiz is committed to partnering in a slate of projects with world-renowned production and distribution partners. The association with Toonz aims to offer a combination of top production expertise on all platforms as well as potential high capital investments to participate in the co-financing and co-production of world-class brands,” said Karine Martin, President & CEO of Mediabiz.

The current projects that are in the pipeline include the iconic Speed Racer TV Series (Season.2) and HTDT (TV Series) both budgeted at 6.2 million USD each. TEG, Canada aims to invest in projects worth USD 200 million in the next three years.

Toonz Entertainment specializes in the production, world-wide sales and distribution of animated feature films, direct to video content and television series. Toonz Animation India Pvt. Ltd a major provider of animation to the top US and European producers, is one of South Asia’s most admired animation studios. Founded in 1999, Toonz’s client list includes the biggest names in media and entertainment like Marvel, Hallmark, Paramount, Disney, BBC and Cartoon Network.

Mediabiz International is an integrated one-stop-shop player, able to take a project from script to screen, with a multidisciplinary team with expertise from financing to post-production. Based in Montreal, Mediabiz offers the combination of top production expertise on all platforms, as well as potential high capital investment to participate in the co-financing and co-production of slates of projects with world