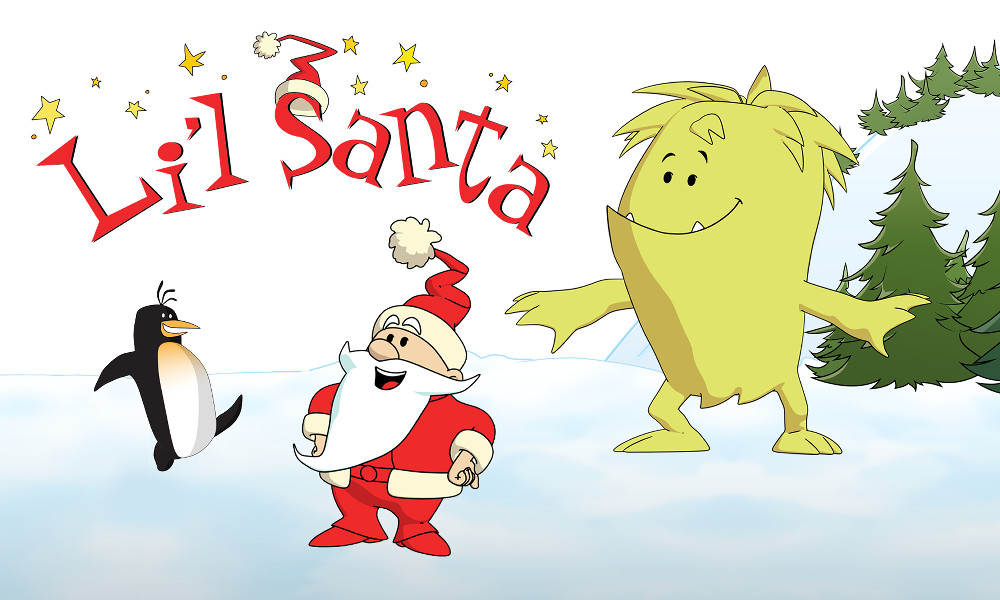 Toonz Media Group and K6 Media Group have come together to bring a charming Christmas treat to Santa-fans everywhere — Li’l Santa, a brand new series based on the superhit comic books by Lewis Trondheim and Thierry Robin. Toonz has acquired the exclusive rights to distribute the preschool animation produced by K6 Media worldwide (except Canada, where the series is available in French on TeleQuebec.).

The first season (52 x 1 minute shorts) of the 2D series commences just before Halloween and follows the North Pole adventures of Li’l Santa (the pint-sized modern Santa eco-warrior with boundless energy and a big heart), culminating with a delightful 22-minute Christmas special. The show, currently available in English and French dubs, will be available in more languages soon.

“We are thrilled at Toonz Entertainment to start off with a strategic partnership with K6 Media Group as we set off the worldwide media distribution for Li’l Santa series and special,” said Bruno Zarka, Chief Sales and Marketing Officer, Toonz Media Group.

“It’s so exciting to be working together with a partner who we are confident will help us do this delightful, evergreen IP the justice it deserves,” said Laurent M. Abecassis. “This series and special is just the first of many stories from the magical world of Li’l Santa that we look forward to bringing to young audiences, in partnership with Toonz.”

Co-authored by celebrated French cartoonist Lewis Trondheim and award-winning French comic-book creator Thierry Robin, the Li’l Santa books have sold over a million copies in more than seven countries. The animated version retells the heart-warming stories of Li’l Santa and his friends and their magical moments. The series celebrates the spirit of Christmas with its focus on friendship, kindness and sharing, while also emphasizing on the universal and contemporary themes of conservation, sustainability and eco-friendly behavior. It’s the perfect programming for millennial families to embrace the holidays.

The show is currently in the final stages of post-production and will hit the market in October 2021, in time for Halloween.

Founded in Montreal, K6 Media Group is an award-winning production group specializing in innovative entertainment. The group’s activities include a production company, an animation studio and service team with a solid heritage in animation software. The studio has previously delivered the animated holiday specials Spookley the Square Pumpkin and Spookley and the Christmas Kittens. k6mediagroup.com

Watch: ‘PAW Patrol’ Is on a Roll in Movie Opening Sneak Peek
Lord of the Louds: Dave Needham Talks Us Through His Directorial Debut ‘The Loud House Movie’