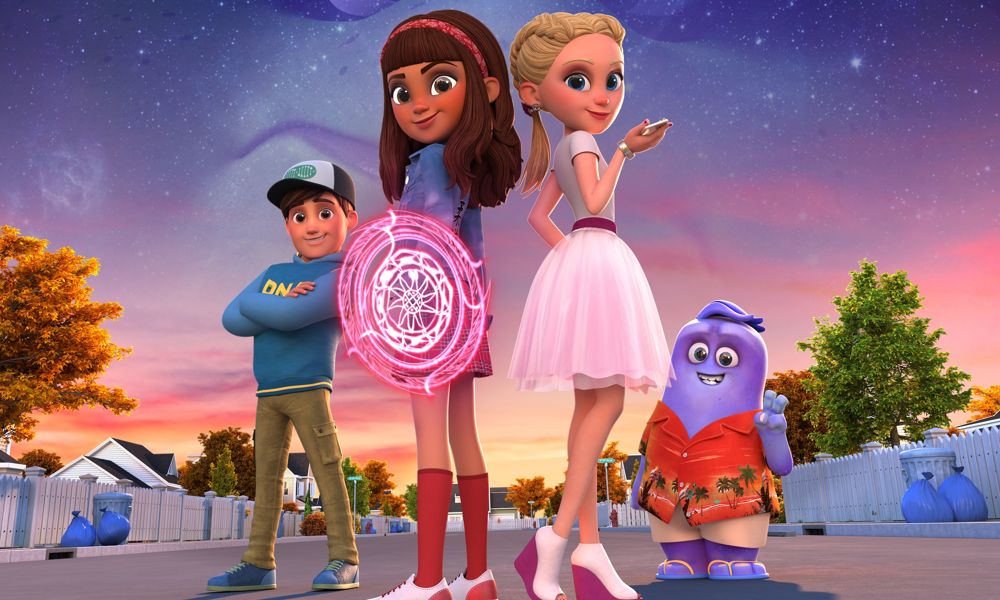 The show is created by Damjan Mitrevski and co-created by Toon2Tango’s Daris and Stoef. It will be produced by Toon2Tango and co-produced by the company’s strategic partner Mondo TV, and both companies will be jointly responsible for the worldwide distribution of all rights. An extensive L&M strategy is underway and discussions with worldwide toy partners are in the works.

Agent 203 is a 26 x 22’ adventure-comedy series for six- to 10-year olds. The show follows Zoe, a teenager whose everyday problems have gone galactic ever since she became the ultimate intergalactic undercover spy. She and her team must follow in her father’s footsteps and protect planet Earth against a hostile take-over by the evil General Gore and his team of aliens.

This announcement comes at a busy time for Toon2Tango, which has a number of properties in development and on the heels of the recently announced deals with ZDF Enterprise/ZDF for Grisú as well as Monster Loving Maniacs with Super RTL.

“We had the pleasure of sharing our creative view for this concept with the team at Super RTL and we’re extremely happy that the efforts led to today’s announcement that we will be teaming up with Super RTL, one of Germany’s leading and longest-established names in kids’ entertainment, for this wonderful show,” said Daris and Stoef. “Agent 203 is adventurous, fast-moving and full of great ideas. The writing, design and animation are sharp and funny and we look forward to working with Super RTL’s team in order to bring this exciting show to the small screen.”

Super RTL’s Chief Content & Revenue Officer Thorsten Braun added, “Agent 203 is a great fit for Super RTL: a strong female protagonist who has to struggle with the everyday life of a 13-year-old high school girl – while having to save the Earth from an alien villain together with her friends. After the first creative steps went smoothly, we’re really excited to take this series into production alongside Toon2Tango’s highly professional team.”