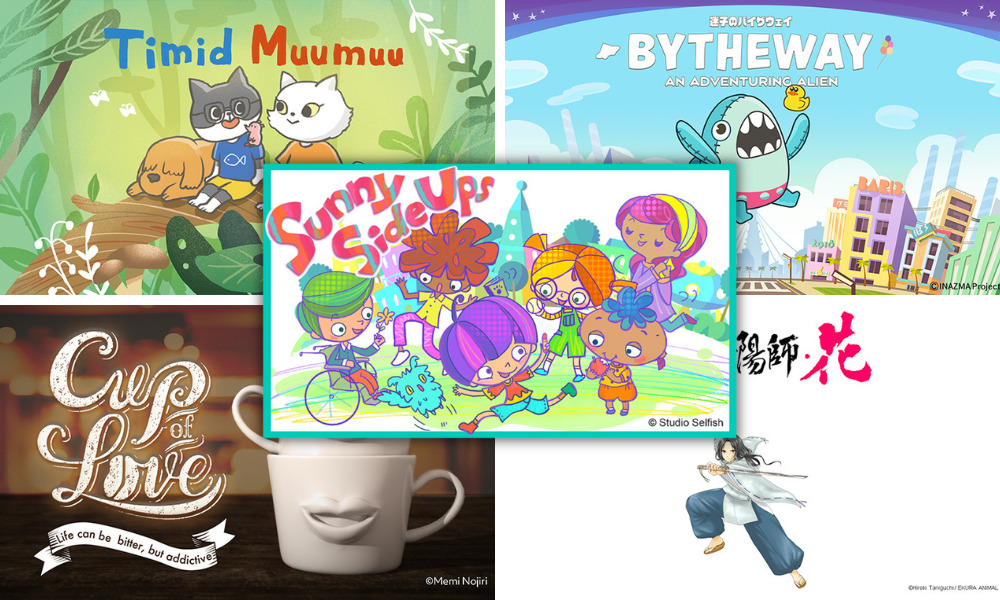 The top five concepts of the 2022 Tokyo Animation Pitch Grand Prix have been announced, and are now available to meet with potential partners around the world. The competition is a chance for local creatives to showcase their skills, acquired thorugh a series of seminars and workshops, and win cash prizes as well as the opportunity to exhibit their work in overseas markets. 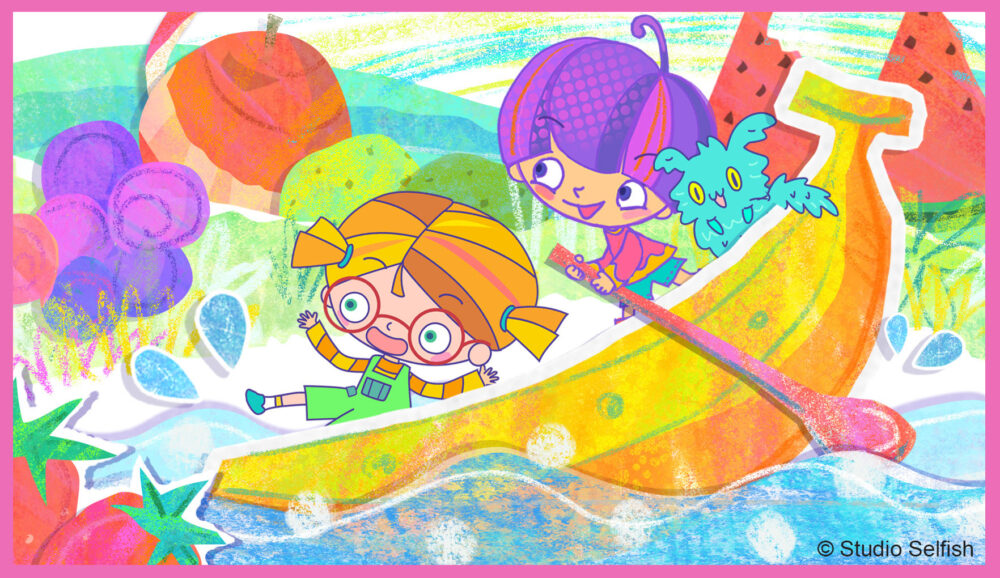 This year’s Top Prize winner is Sunny Side Ups, from Studio Selfish LLC (studio-selfish.jp) in the Suginami City special ward. A 13 x 7′ 2D/3D preschool comedy series full of imagination which explores new experiences from a child’s perspective, the project is conceived and led by Taka Kato (director, character designer, art director) and Emi Ozawa (producer), with Flying Ship Studio on board as a produciton partner. (In early pre-producion.

Synopsis: Five-year-old alien Emmy lives on Earth, which she has always dreamed of. Whenever she encounters something new and interesting, she uses her special powers of imagination to enter thrilling new worlds. Emmy and her friends ride banana boats, play on a giant apple peel slide, and work together to tame a pineapple monster. The children come from various backgrounds and each is unique. They sometimes clash with one another, but they enjoy Emmy’s world of “pretend play” with its freedom of imagination and variety of ideas.

Creator’s comment: This is a delightful story which stimulates and encourages the creative imagination of children. Since Emmy is an alien, it is easy to accept her outlandish attitudes and “differences” in values. Through this story, you will feel that “uniqueness is wonderful”, “being different is interesting” and “having friends” is fun. This project is intended to build a foundation for enjoying diversity while watching and laughing at the animation.

In order of Japanese syllabary. 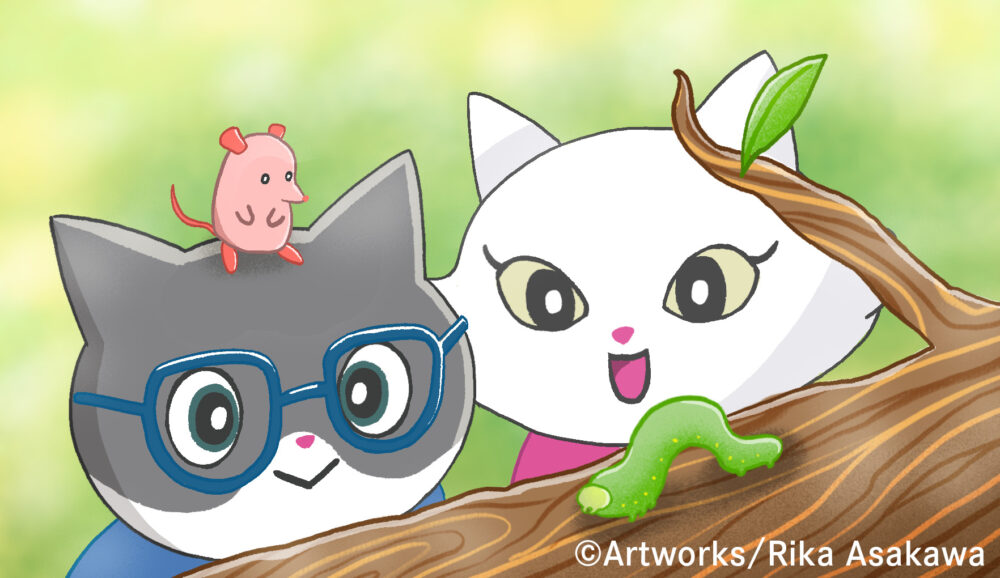 Synopsis: Muumuu is a very scared and sensitive five-year-old kitten who lives by a forest. He is scared of many things around him;  sometimes they are shadows, sometimes they are plants, sometimes they are creatures. However, the truth is that most of Muumuu’s feeling of fear come from what he doesn’t understand. Muumuu overcomes his fears by learning from the “little experts” around him who are a little bit more knowledgeable about science and living creatures.

Comment: The concept of this animation series is “knowledge is kindness/” As Muumuu acquires knowledge, he is able to overcome his fears and becomes kinder. At the same time, I wanted to create an animation project that could widen the horizons of viewers and encourage them to be kinder. 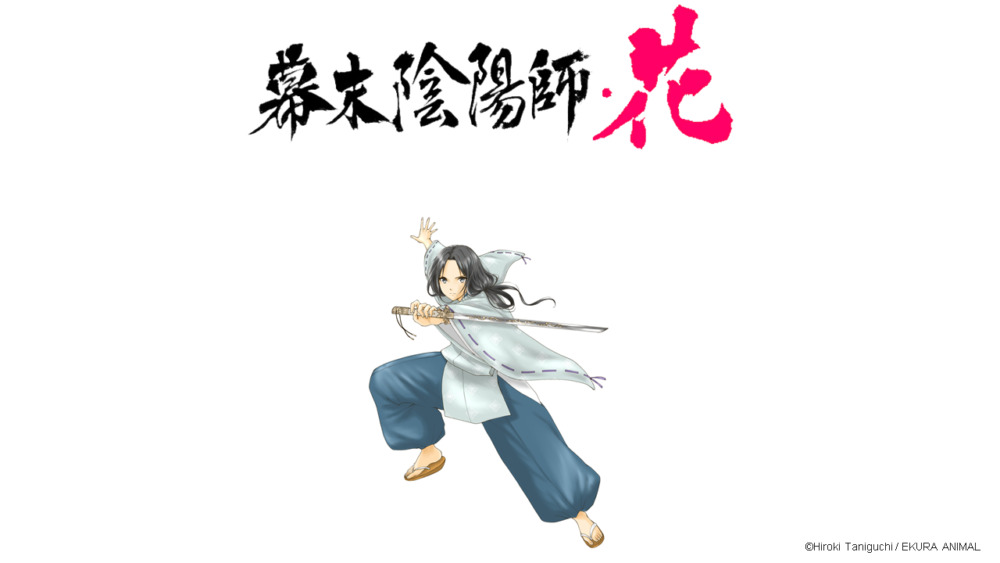 Synopsis: At the end of the Edo period in the late 19th century, Hana Kadei lives with her father, a failed “on-myo-ji” (diviner) for the imperial house, in a mountainous area of Kyoto. One day Tsuchimikado, the head Kyoto on-myo-ji, summons Hana and her father to join him in battle to protect the Emperor. Tsuchimikado’s intention is to recover the authority of on-myo-ji, which had been lost for many years. As the head of the Kadei  family after her father’s death, Hana is assigned to guard the Imperial Palace — but as a woman, she is looked down upon by male on-myo-ji and samurai. She must even battle powerful, enemy on-myo-ji, who have joined the Shogunate forces against the Emperor.

Comment: For the past three years, I have been going to Kyoto to research on the last days of on-myo-ji. The theme of the story is diversity. Initially, the tradition of the on-myo-ji, which lasted for a thousand years, is only seen from one angle by the protagonist. Her experiences with different people enable her to understand how diverse the on-myo-ji are. Through this story, I want to convey the idea that humanity is rich in diversity. Moreover, I hope the story of Hana, who survives in the male-dominated society of on-mayo-ji, will inspire women in Japan to work for women’s social progress. 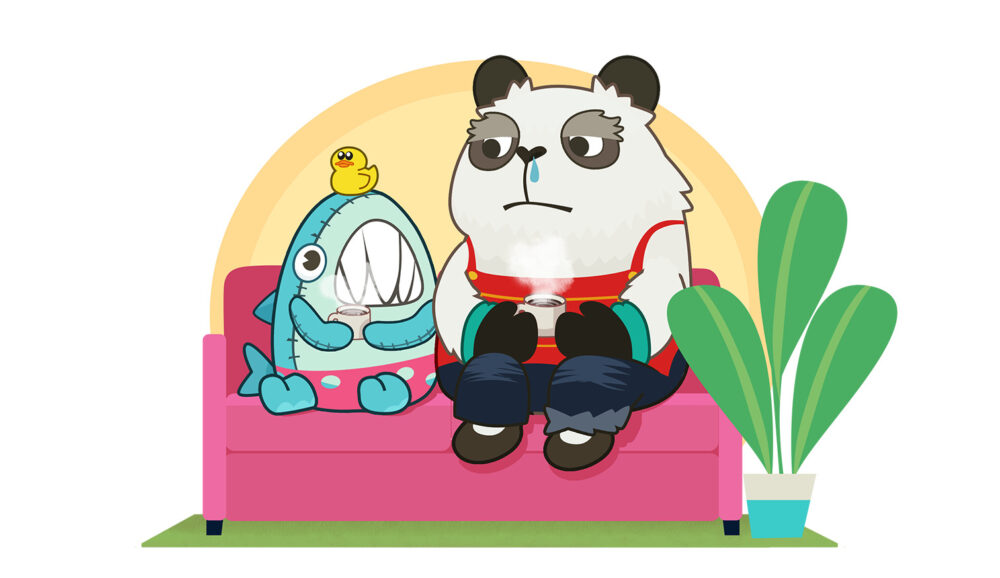 Synopsis: BYTHEWAY is a ahark-shaped alien living on a distant planet. One day, while looking through the ultra-high-performance astronomical telescope he received for his birthday, he happens to see a shark on Earth, and falls in love with its coolnees. On his way meet his idol, a meteorite hits his spaceship. He has to make an emergency landing on Earth, and he doesn’t know where he is. Although he doesn’t know anything about Earth, he starts to enjoy terrestrial life thanks to his curiosity and love of a challenge.

Comment: As he is lost on Earth, where he knows nothing, BYTHEWAY’s personality leads him to take on various challenges. Of course, they are not always fun. He has many troubles and failures, too, but he learns quickly and matures through these experiences. There are many new things, cultures, and ideas in this world that you don’t know, yet. By getting to know them, you can expand your possibilities and deepen your values. We hope our audience will be able to feel the importance of this through the experiences of BYTHEWAY. 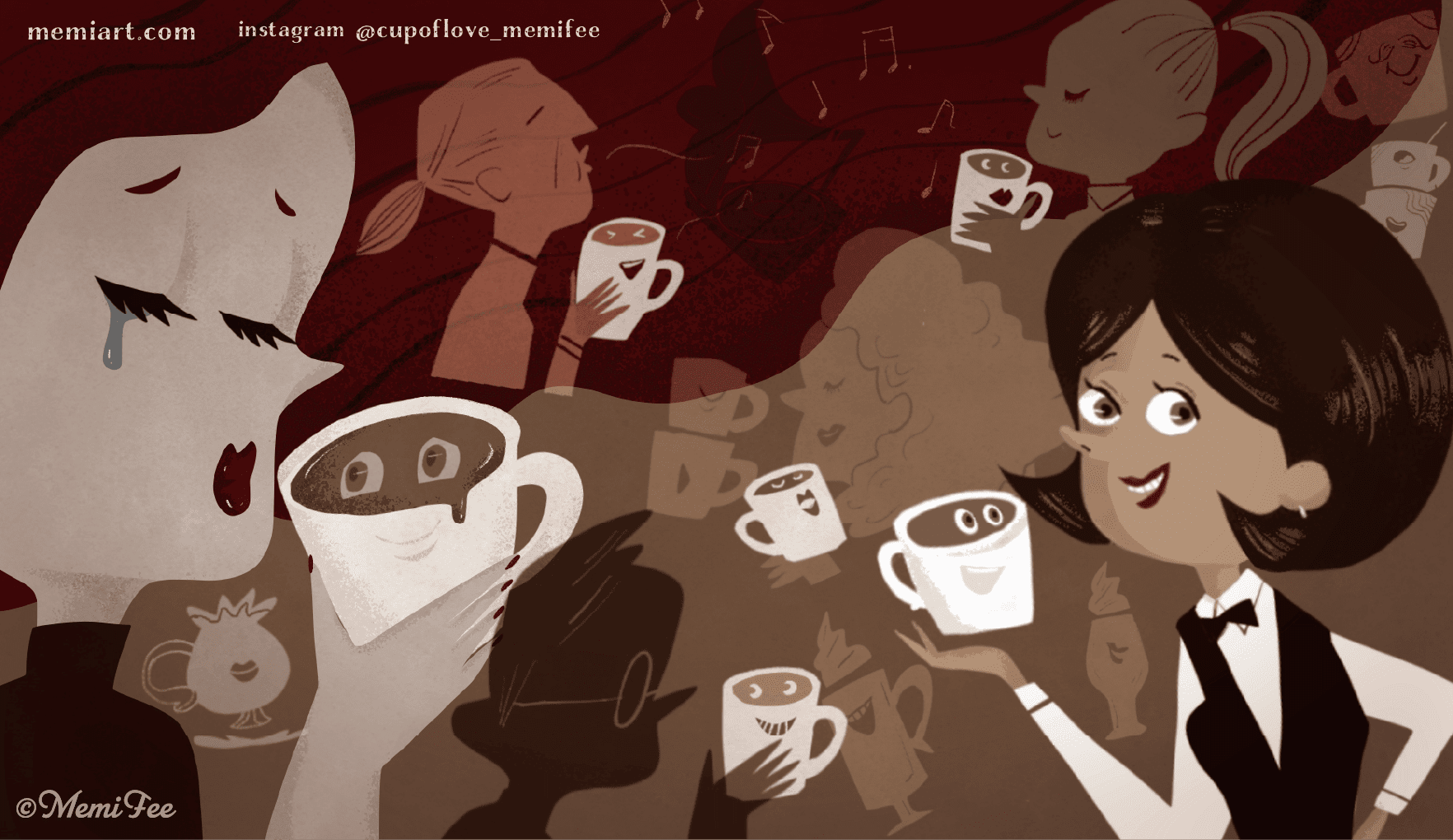 Synopsis: Hey there! I’m M-size Coffee Cup. Isn’t it weird I’m talking to you? Well, not really! We coffee cups have emotions too, you know. We laugh, we cry, we get angry or depressed, and sometimes we feel… just… empty. In this series, we explore the lives of Tokyo’s coffee cups. From the cool and stylish coffee float glass, to the small but powerful espresso cup, we learn more about these unique personalities and their dramatic daily adventures. Just like that first coffee in the morning, discovering this series will immediately brighten up your day!

Comment: Of course, Tokyo’s cafes are a place of fun, laughter and chatter. But sometimes, they can also be a place of quiet reflection. When I first began working full-time in the city, I would regularly visit my favorite coffee shop to think and to work through the stresses of the day. This series is inspired by that experience. Those small moments with just my thoughts and a cup of coffee were so valuable to me, and I want to share that joy with as many people as possible!