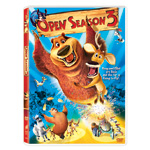 Boog the Bear gets a taste of life in a Russian circus in the next installment of Sony’s Open Season saga.

Boog, Elliot, Giselle and the rest of the popular animals from Sony Animation’s 2006 feature Open Season are back for more exotic adventures in a new movie that’s out on DVD/Blu-ray this month. Directed by DreamWorks and Sony Animation veteran Cody Cameron, this third chapter for the franchise revolves around Boog (voiced by Mike Epps), who decides to trade places with a disgruntled grizzly bear that is a performer in a Russian traveling circus.

“Almost two years ago, we started pitching ideas about where to take these characters, and in the spring of 2009, David Stern came up with this idea of a Russian circus, which allowed us to have lots of fun with new characters and situations,” says Cameron, who also provides the voice of Mr. Weenie, the German dachshund, in the trilogy and is probably better known for playing Pinocchio in the Shrek movies. 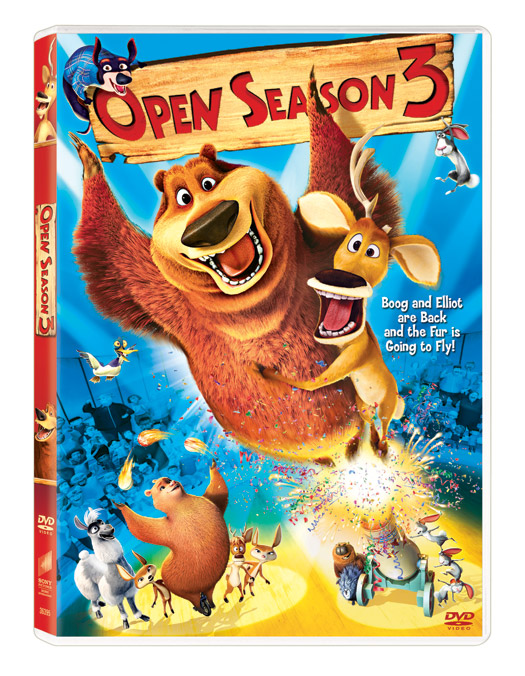 Written by David I. Stern (Geppetto, Open Season 2) and produced by Kirk Bodyfelt, Open Season 3 has already performed well theatrically in Russia and Mexico, where it was released a few months ago. “They must have a thing for bears in Russia,” jokes Cameron. He also points out that he and his team had a lot of fun introducing the new characters—the Boog doppelganger called Doug, the Russian lady bear Ursa and the Argentine llama, Alistair—to the mix. “We got to mix it up with a new cast and we got to pull from Russian and Argentine culture … We did a lot of research on the Internet on traveling circuses as well. You should definitely check out the clips of this amazing Russian cat circus on YouTube!”

For Cameron, who has worked on many of the DreamWorks and Sony Animation movies over the past decade, and directed the 2007 Sony short The ChubbChubbs Save Xmas, the project’s toughest challenge was its tight production schedule. “You learn to work smartly and quickly,” he says. “Luckily, we had a wonderful team at Reel FX studio in Texas who helped us with the animation. The fact that we were reusing some models and locations that were built for the second movie helped us some, but we also had new characters to work with.” 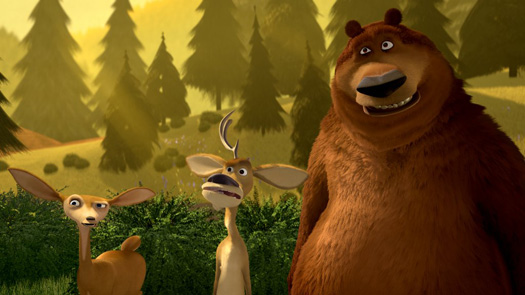 Cameron says one of the most appealing aspects of the job was the fact that he got to work closely with all the artists. “It’s just the same as it has been since the ‘30s and ‘40s,” he explains. “I was a board artist for 13 years working with other directors. I got to put my own boards in this film. Most of all, I love working with all the artists, the musicians, the editors, the actors. I love collaborating with this group—it’s just like working in our own circus. I also really enjoyed the movie’s fun characters, of course, I have to say that Mr. Weenie is a pain to work with!”

After breathing life to the third chapter of Open Season, Cameron is helping to develop the anticipated sequel to Sony Animation’s 2009 pic, Cloudy with a Chance of Meatballs. “I think our industry is in a pretty healthy place right now,” he suggests. “You just look at how well animated movies have done at the box office in 2010—people want to see animation and are entertained by it. When people ask me advice about working in animation, I tell them, ‘You have to love the art form, the process and love the story you’re making because you will end up watching the film hundreds of time before you’re finished!’” 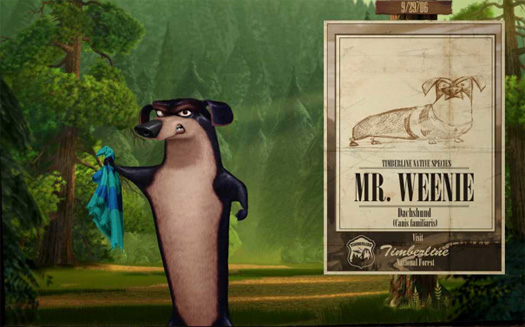 Sony’s Open Season 3 will be released on DVD and Blu-ray on January 25.

You may also like...
Related Topics:DreamWorks, Open Season, Sony Animation