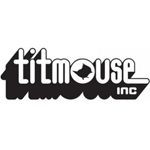 Production has begun on Motorcity, a new animated series from Titmouse that will air on Disney XD.

Created by Chris Prynoski, the series is set in a futuristic Detroit in which a group of rebel teens builds its own hot rods to take on an evil billionaire who has banned cars.

Produced by Disney Television Animation and Titmouse, Motorcity is slated to premiere next year on Disney XD.

Prynoski will serve as executive producer on the series, with Craig Lewis as story editor and John O’Bryan and George Krstic as staff writers.