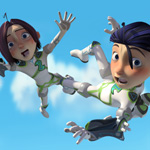 A new partnership which aims to build “China’s equivalent of the Marvel Universe franchise” has been forged at the 23rd Shanghai TV Festival, with WingsMedia and Singapore’s Tiny Island Productions joining forces to build the “Starship MZ” brand.

Last year, WingsMedia got the ball rolling with a sci-fi themed reality TV show, Starship MZ: 2049, which proved a national success. The expanded franchise will build on the show’s popularity, with Tiny Island coming onboard to create additional sci-fi content for Starship MZ which is inspired by its animated kids’ series, Dream Defenders. This will develop into fresh TV series, feature films, comics and more, adapted for the Chinese market.

“By leveraging on WingsMedia’s vast experience and expertise, while tapping on China’s historical and rich legacy of art and culture, together we will bring China-made Science Fiction to the next level. ” said David Kwok, CEO of Tiny Island Prod. “We are very grateful to WingsMedia for this special opportunity.”

Dream Defenders centers on twin siblings who use a supercomputer to zap into dreamworlds in order to protect the real world from nightmare monsters. The series has sold to 80 countries through DreamWorks, and screens on five platforms in the US alone — including Amazon Prime and Discovery Family. Other key international broadcasters include Super RTL, Planeta Junior and DreamWorks TV Asia in 19 countries.

The show has been fine-tuned for Chinese audiences, explains Kwok. “Somewhere in China, a city suddenly comes under attack by nightmare monsters based on Chinese mythology, such as the Dragon, Kirin and Phoenix. A pair of Chinese twins desperately sends out a distress call for help to Zane and Zoey from the original series, who reveal the secret technology to enter the Dream Worlds. Now these new Chinese heroes must race against time to save their friends and family from the threat of the nightmare monsters.”

Tiny Island also actively pursues the latest emerging technologies to help the show stand out, including a season 1 launch in stereoscopic 3D on 3Net, AR and VR experiences. A new app is being created with Presence Pictures to extend the story beyond TV screens for Chinese fans.

“Imagine, after watching an episode, you can pick up your smartphone, slide it into a pair of VR goggles that cost only USD$5 in China, and dive into the world of the show to further immerse yourselves in the story. We wanted to make something audiences can easily jump into, anytime, anywhere, instead of requiring expensive and complicated computer-based setups. But this is not a 360 video,” says Kwok.

“With the Dream Defenders app, when you physically look around, walk, run or jump in the real world, you will do the same in the virtual world. And when you stare and focus on the monsters, you can shoot at them without additional accessories. We are also allowing multiple viewers to simultaneously enter the same scenario, so that they can team up to adventure and fight alongside the heroes together. Audiences are no longer passive observers of the show. Now they are characters in the virtual world, and what they do will change the ending of the stories.”

Tiny Island plans to collaborate with fast food restaurants for promotional packaging that can be folded into VR goggles, helping make Dream Defenders easily accessible to a wide audience. 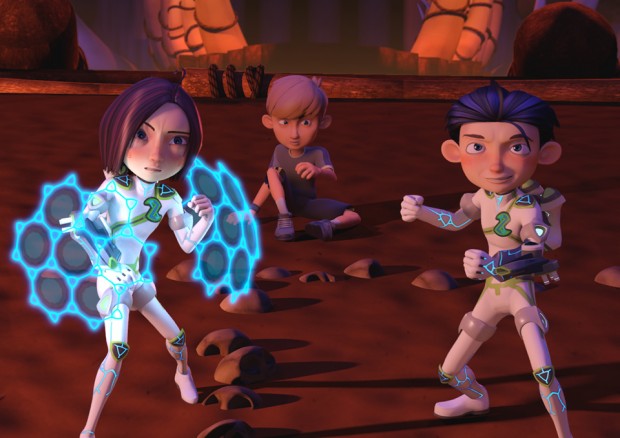