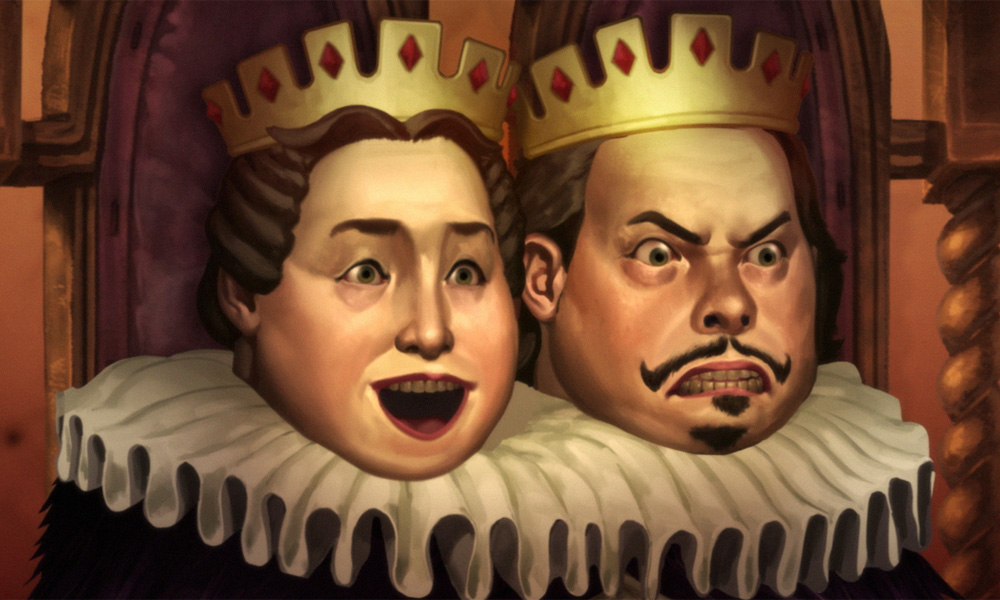 Back in the early 2000s, when Andrew Koehler and Benjamin Martin lived in Minneapolis, they loved to write elaborate scripts inspired by their passion for fantasy, animated shows like He-Man and Masters of the Universe and Liquid Television and games like Magic: The Gathering. The two friends, who met at the Minneapolis College of Art and Design, would then adapt these stories to live-action shorts. Little did they know that their homemade fantasies would inspire a new animated series called Tigtone that begins its run on Adult Swim this month.

The quarter-hour animated show, which is exec produced by Koehler, Martin and Blake Anderson (Workaholics), follows the adventures of Tigtone (Nils Frykdahl), an oblivious quest-hungry hero who slashes his way through an absurd fantasy universe, aided by his sidekick Helpy (Debi Derryberry). Produced by the talented artists and technology wizards at Titmouse, Inc. in Los Angeles, the series mixes highly rendered, hand-painted fantasy art with mo-cap performance, 2D animation and what is described as “pseudo-3D” vfx.

Koehler and Martin tell us that they’re quite happy to see their wild vision come to animated life after some 13 years. “We are such fans of the genre, and we knew that live-action fantasy films were outside of our budget,” says Koehler. “We had no money in Minneapolis. At that time, compositing technology had just been made available on a consumer level. We were just throwing up green sheets in the woods and shooting stuff. We finally managed to get a couple of live-action sequences, so we had this proof of concept for [our short] The Begun of Tigtone!”

About eight years ago, Koehler began to experiment with a rudimentary motion-capture animation technique. He filmed himself with craft beads glued to his face, and then applied this three-dimensional information to 2D pictures. This resulted in a strange new animation style which was perfect for the surreal world of Tigtone. “It looked so eerie, better than it had any right to,” says Koehler. “It’s so convoluted that it made perfect sense for the show.”

Martin, who used to star in and work on the trailer parody series Homemade Movies, jokes, “Andrew told me that he came up with this elaborate motion-capture technique because he’s a lazy animator, but it turns out that it’s actually way more complicated than just animating it.”

An Email That Launched the Show

Soon after their short The Begun of Tigtone was posted on YouTube in 2014, they got an email from comedian/producer Blake Anderson out of the blue, who told them that he really liked their work and wanted to take it to the folks at Adult Swim. “It was extremely fortuitous that he saw our short and like it,” says Koehler.

“We didn’t even have to pitch it, because everyone knew the show because they had seen The Begun of Tigtone,” says Martin. “We made the pilot at Titmouse, using the technology that Andrew had come up with. We shot the mo-cap in our garage. Because all the characters are two dimensional, we only have three or four angles, so we don’t have the liberty to turn our heads to get different angles. We have to shoot all the motion-capture data for whatever specific angle we need the character, which is completely counterintuitive to why you would shoot 3D mo-cap,” Martin explains. “Once we shot the pilot, we built these chairs at Titmouse that we harness our heads into to get that data. It’s pretty much a weight bench with a medical head restraint attached to it!”

Today, the series has a team of about 40 people who are mostly based at Titmouse. Interestingly enough, the show’s illustrator is Yigit Koroglu, a 2D artist based in Turkey, who did the painting for the original Tigtone short. “We got him back for the series because he gets it 100 percent,” notes Martin. “We found his work on DeviantArt. That’s where I always go to find good artists. Sometimes I go to fantasy websites and search for fantasy terms that are spelled wrong, like wizard spelled with two Zs!”

Both Martin and Koehler are quick to praise the talent of the team that works on the show at Titmouse. “The show looks so good, and every day we’re in awe of all the artists,” notes Koehler. “The first thing I think when I step back is how impressed I am with the talent that Titmouse has been able to assemble.”

Martin add, “We had to build this entire production from scratch, and it had the opportunity to go off the rails at any time, but everyone is so awesome and enthusiastic about the project. They have all made this a very enjoyable and exciting production experience. One thing we try to do is to maintain the charm of the visuals, and to let the seams of the process show in the visuals. Tigtone’s face can still go weird and we let it show, because it’s part of the character tics. But having said that, it still requires a ton of work to get everything to look as good as it does.”

Martin says the writing process for the universe has its own set of challenges. “The show has a specific voice, which on the surface it seems like it makes a lot of sense, but when you peel it back you realize that the structure is total nonsense,” he points out. “I love playing with the expectations of the audience through Tigtone and his adventures. I love coming up with these concepts and handing it off to the team, and then to see it in full color and animation coming back to us — it’s incredible to see.”

One of the biggest challenges, according to Koehler, is that the main character of the show doesn’t fit into any of the normal storytelling pegs audiences are accustomed to seeing on TV. “The pilot was really tricky as how we tell a 12-minute Tigtone story because we had never written for that format before. It was a lot of developing that way and going back and forth about the cast of characters.”

If you have any doubts about much love Koehler and Martin have for He-Man and the Masters of the Universe, you just need to know the homage goes way beyond the storylines and character. Martin explains, “We use the exact same sound effects library and font choice for our episode titles and credits as He-Man!”

Now that Tigtone is finally getting his moment in the spotlight, the creative duo are excited for fans to see the 10 episodes they have cooked up for Season One. Koehler says, “One of the best things about the show is sharing the creative process with a team of people who are also big fans of the genre. You talk about having a catapult made out of dead trolls, and everyone gets it.” Martin adds, “When we started this adventure, it was just the two of us writing fantasy stuff in my apartment, and now our insider world is shared by all of these people. It’s both a weird and cozy feeling to have all these people join your universe.” 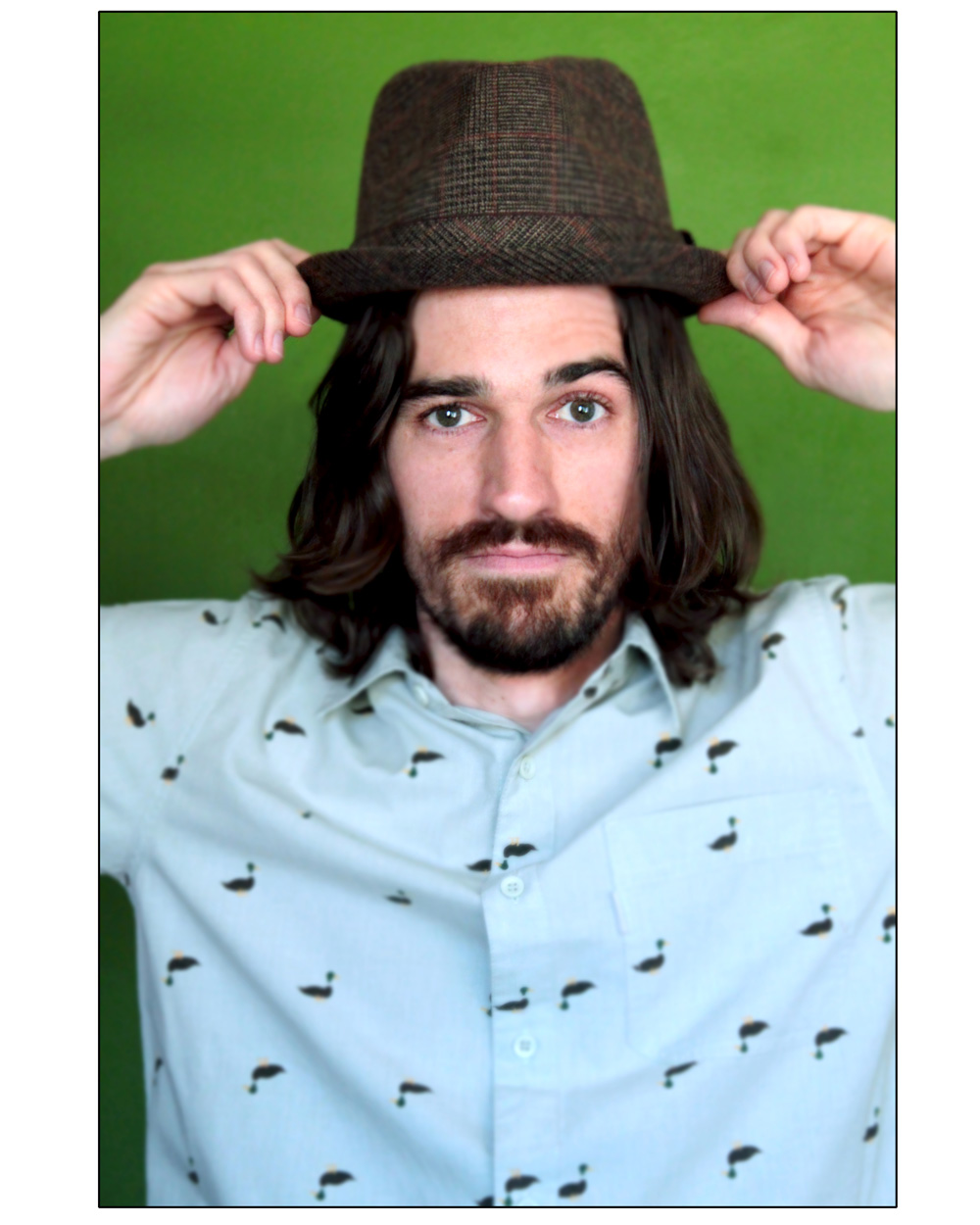 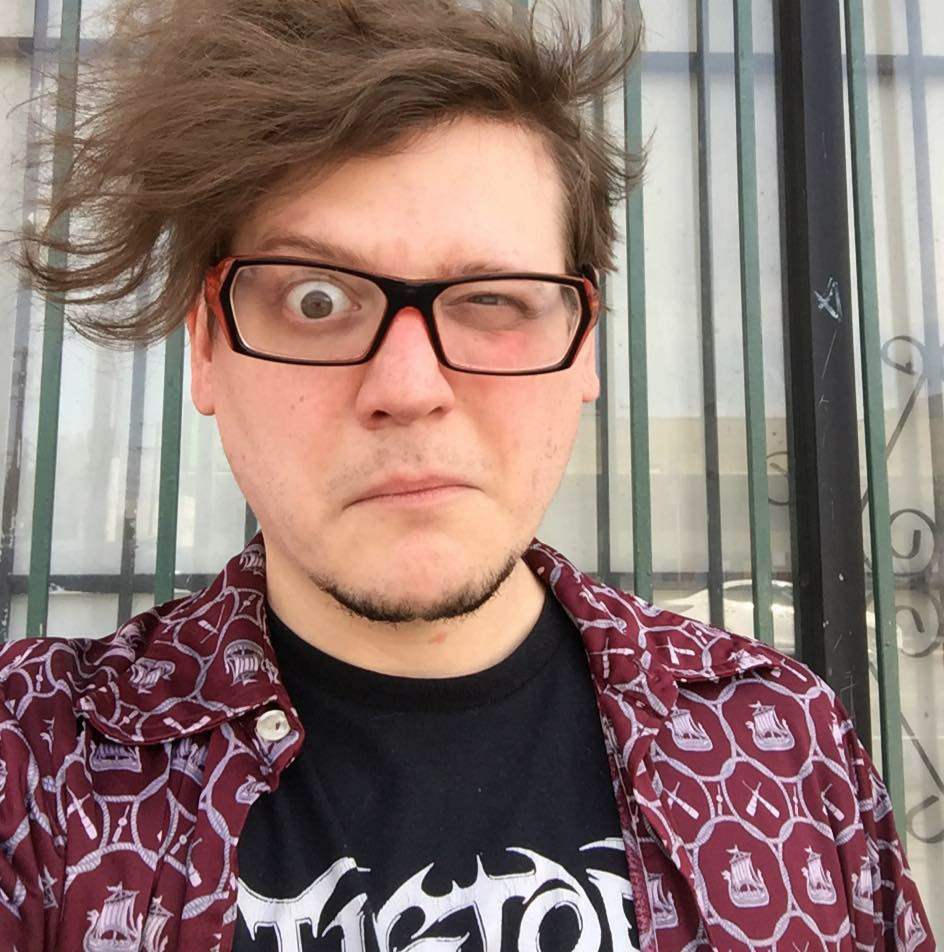