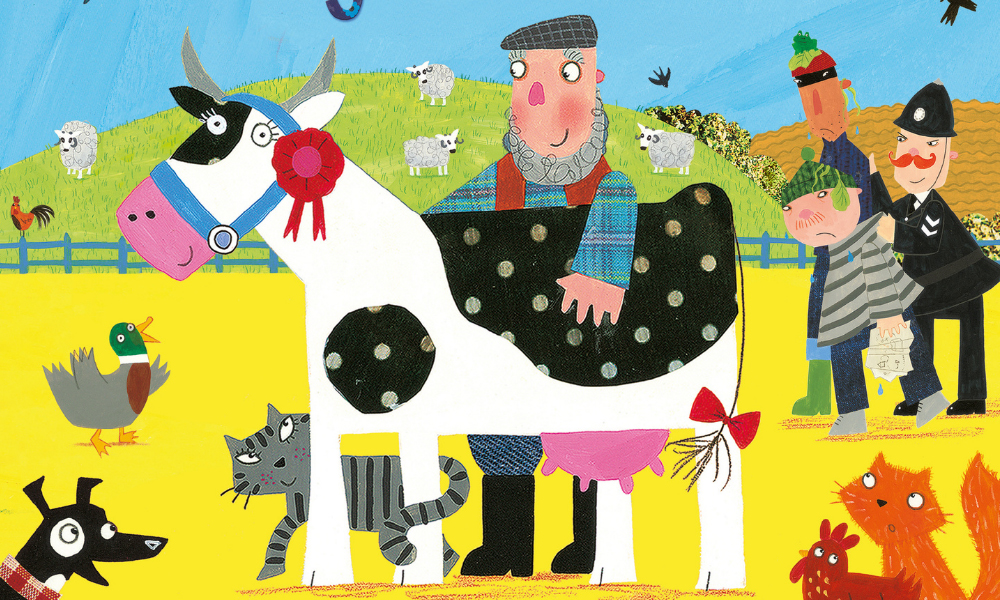 Tiger Aspect Kids & Family, part of Banijay Kids & Family, has secured a development deal for bestselling picture book series What the Ladybird Heard. The books are created by award-winning partnership Julia Donaldson (author) and Lydia Monks (illustrator). The deal covers the option to create a preschool animated series and is the first animated series development for Donaldson and Monks — regular collaborators whose books have sold over 10 million copies.

The development of the animated series will be overseen by Tom Beattie, MD of Tiger Aspect Kids & Family, who will also executive produce.

“Having read these books to my kids, with the brilliant rhyming verse and following the bumpy trail across every page looking for the ladybird, time and time again, I’m honored to be working with Julia and Lydia to bring this brilliant story to screen,” said Beattie.

Benoît Di Sabatino, CEO, Banijay Kids & Family, said, “It is an honor and a great responsibility to develop a series based on such a creative and successful book series with the creators.”

What the Ladybird Heard is published in the U.K. by Macmillan Children’s Books and is the first of four titles. The series has sold over 4 million copies and has been translated into 24 languages worldwide. The latest book, What the Ladybird Heard at the Seaside, was released in paperback in 2021 and spent three weeks at the top of the Preschool and Picture Book Nielsen bestseller charts.

A much-loved modern classic that has been a part of kids’ and parents’ lives since it was first published in 2009, the fantastically funny stories feature a clever ladybird (or ladybug to U.S. English speakers) who said never a word, but the ladybird saw, and the ladybird heard. With her animal friends on the farm, the Ladybird always manages to out-fox the crafty duo, Hefty Hugh and Lanky Len and their cunning plans.

The series is the third best-selling picture book brand in the U.K. this year (Nielsen, 2021), after Peppa Pig and The Gruffalo. What the Ladybird Heard was live on stage this summer at the Palace Theatre, London, and is now on a nationwide tour.

“I am thrilled that my What the Ladybird Heard series of books is to be adapted for screen by Tiger Aspect Kids & Family,” commented Donaldson. “I’m sure that Lydia Monks’s characterful pictures of the clever little ladybird, the farmyard animals and the comical thieves will translate brilliantly into animation, and I can’t wait to see them all on my television.”

Monks added, “Lots of Tiger Aspect Kids & Family’s programs are family favorites in my house, so I couldn’t be more delighted to be working with Tom and the team. I’m sure our little ladybird will be in safe hands, and I can’t wait to see what she sees and hears next!”

Belinda Ioni Rasmussen, MD, Macmillan Children’s Books, said, “We launched the first What the Ladybird Heard adventure at Macmillan Children’s Books in 2009 and from the beginning we knew that Julia’s clever ladybird and her brilliant story, combined with Lydia’s characterful and bright artwork, would be a story that families would take to their hearts. The continued sales and growth of the brand since then has been testament to this. We couldn’t be more pleased that Tiger Aspect Kids & Family is now going to develop the ladybird and bring her adventures in a new way to children and families.”

Rights were acquired for Julia Donaldson from Emily Hayward-Whitlock of the Artists Partnership in association with the Caroline Sheldon Literary Agency and for Lydia Monks from and for Lydia Monks by Hilary Delamere and Tanya Tillett at The Agency.

All distribution will be handled by Zodiak Kids & Family Distribution.

Julia Donaldson, Children’s Laureate 2011-2013, is one of the U.K.’s best-loved writers for children. Her books with illustrator Axel Scheffler, including The Gruffalo, Room on the Broom and Zog, have sold over 75 million copies, and other distinguished illustrators with whom she has worked include Nick Sharratt, Rebecca Cobb, Emily Gravett, Helen Oxenbury, David Roberts and Charlotte Voake. The TV films of The Gruffalo and Room on the Broom have been nominated for Oscars, and she was awarded a CBE in the New Year’s Honours List 2018. Her books have been translated into over 100 languages across the globe.

Lydia Monks is a multi-award-winning bestselling author and illustrator who has collaborated on several books with Donaldson, including Sharing a Shell, The Singing Mermaid and Princess Mirror-Belle. Monks’s other quirky and colorful picture books include Aaaarrgghh, Spider! and I Wish I Were a Dog, both published by Egmont. as well as the Twit Twoo School series published by Macmillan Children’s Books.

Banijay Kids & Family, the dedicated production, distribution and sales division for children’s programming at Banijay, is a global leader in the children’s entertainment industry, producing a wide range of animation and live action series, digital content and entertainment formats for children worldwide. With offices in Paris and London led by CEO Benoit Di Sabbatino, Banijay Kids & Family is made up of three production companies: Zodiak Kids and Family, Monello Productions and Tiger Aspect Kids & Family.

Continue Reading
You may also like...
Related Topics:featured
Geographic Region:Europe

MAF Awards Buzz with Top Honors for ‘Flee,’ ‘The Musician’
It Only Gets Weirder from Here, Folks: Netflix Trailers ‘Saturday Morning All Star Hits!’