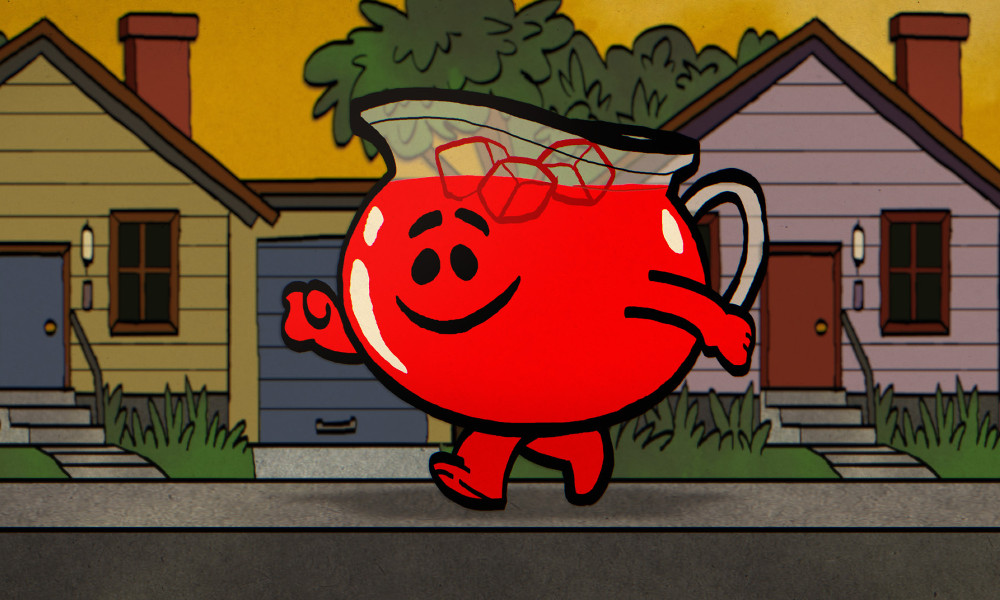 Fans of standup comedy will be able to enjoy one of the artform’s standout stars in a whole new way this weekend, as HBO and HBO Max debut the first-ever animated standup special: Tig Notaro: Drawn. Premiering Saturday, July 24 at 10 p.m. ET/PT, the hour-long special blends Emmy- and Grammy-nominated performer/writer/director Notaro’s signature, fearless storytelling with a variety of captivating artistic styles (courtesy of the animation wizards at Six Point Harness) to bring audiences into the comedian’s world of talent show mishaps, hospital bed proposals and celebrity comic faux pas.

Animation Magazine enjoyed a quick catch-up with Tig Notaro on the eve of the innovative special’s premiere: 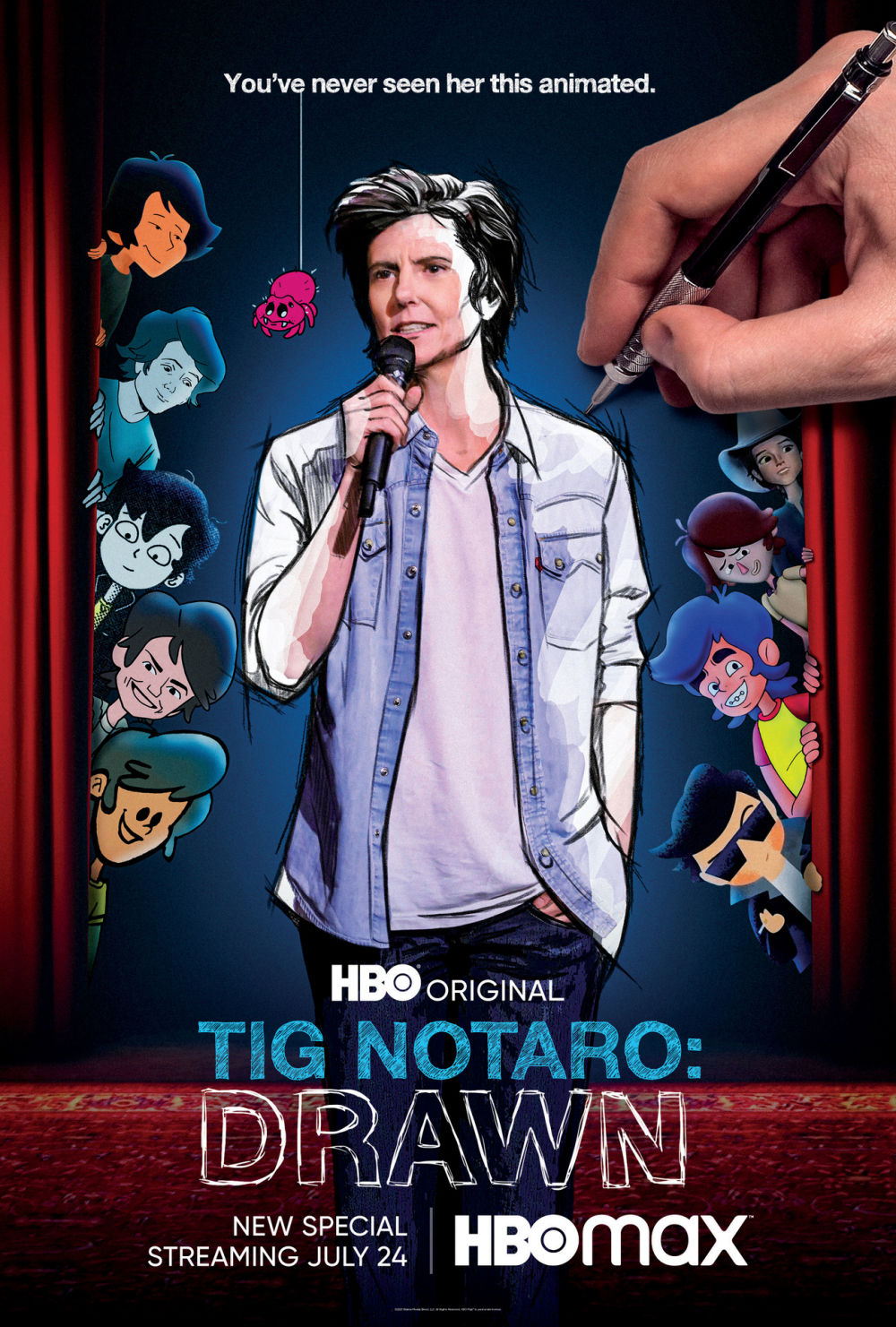 Animation Magazine: Can you tell us how the idea to create an animated special based on stand-up comedy came about?

Tig Notaro: I had the pleasure of having different jokes and stories of mine animated by different websites and TV shows for one reason or another, so that was always fun to see.  And actually, [director] Greg Franklin and I tried to work together well over a decade ago, but I couldn’t make sense of paying out of pocket to animate my comedy without a studio or network funding the bill, so we went our separate ways. Then when this project sold to HBO last year, it made sense to return to our  conversation and to have him direct the show.

What do you love about working with animation?

It’s fun to see how artists elevate my jokes — to see what they see in between the jokes.

How involved were you in coming up with the different ideas and animation styles for the show?

Whenever I met with different networks and studios, the idea of different artists always came up, and that was no different with Six Point Harness. Each artist was presented to me for each segment of the show with a specific idea behind why they might be a good match. I looked at all of the art and made decisions based on what I connected with, and we went from there. 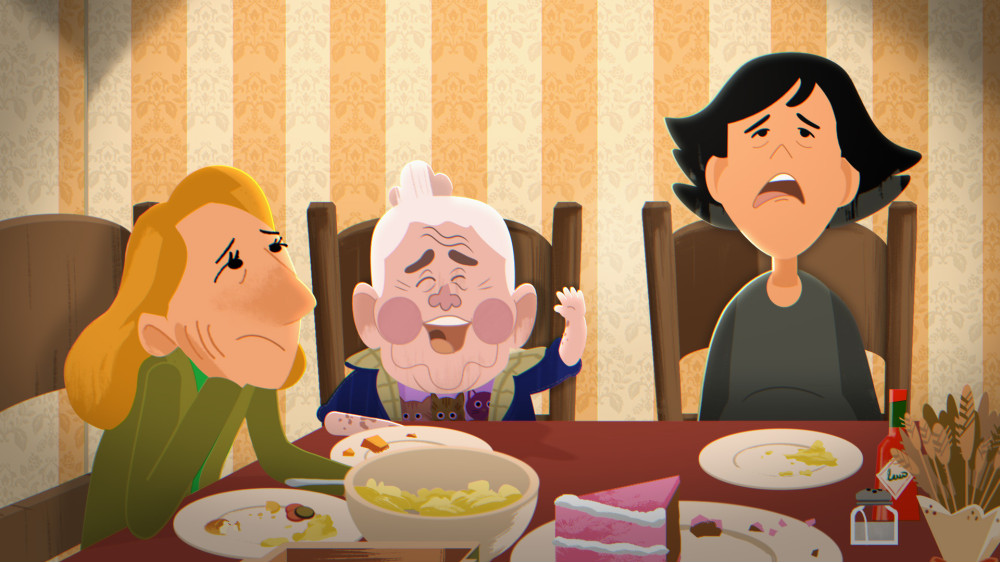 Is there a section or sequence that really stands out for you, that you think worked very well in the medium?

I mean, honestly, they all stand out to me — and that’s not typically the case when I write and perform something over and over. As a comedian, you tend to get sick of yourself or the story or joke after a while. Seeing this special animated made me enjoy the material again, because it started to feel like not just my own personal work anymore — which it wasn’t. It’s all so collaborative and it’s exciting to see what others can add to it.

You have done various voices for animated characters in the past. Have you always been a fan of animation? What were your favorite shows/movies growing up?

Oh well,  yeah — I loved animation as a kid. My brother and I were huge Speed Racer fans. I was also into Rocky and Bullwinkle, The Super Globetrotters, Peanuts, Yogi Bear, Winnie the Pooh, Fat Albert, Scooby-Doo, Underdog, Tom & Jerry, The Pink Panther, The Jetsons, The Smurfs, The Flintstones and Batman, to name a few. Now as a parent, over the past five years, animation has become a major part of my life all over again, with my kids loving Peppa Pig, Bubble Guppies, The Octonauts, PAW Patrol, SpongeBob, Looney Tunes, Spider-Man, The Avengers, Pete the Cat, Hey Duggee, Rusty Rivets and on and on!

Tune into HBO to catch the premiere of Tig Notaro: Drawn this Saturday, July 24 at 10 p.m. ET/PT. The special will also be streaming on HBO Max.