ThunderCats returns to Cartoon Network with all-new episodes on Saturday, March 24 at 9:30 a.m. ThunderCats originally aired every Friday at 8:30PM on Cartoon Network. However, the series is expected to be the lead-in show for the all-new DC Nation block, which includes the CG-animated series Green Lantern, Young Justice, as well as brand new shorts featuring characters from popular DC properties.

In the “Episode 13: Between Brothers,” which aired on Nov. 25, “Between Brothers,” Lion-O finally obtained the spirit stone. In the new episode “New Alliances,” the ThunderCats go on the offensive and try to take down Mumm-Ra’s lizard army piece by piece, while Slithe is tasked to recruit two new generals, the vicious Addicus and Kaynar in retaliation.

Exec produced by Sam Register, ThunderCats is produced by Michael Jelenic and show is developed and produced by Ethan Spaulding. The animation is produced by Warner Bros. Animation and Studio 4°C. You can read our original story about the show here: 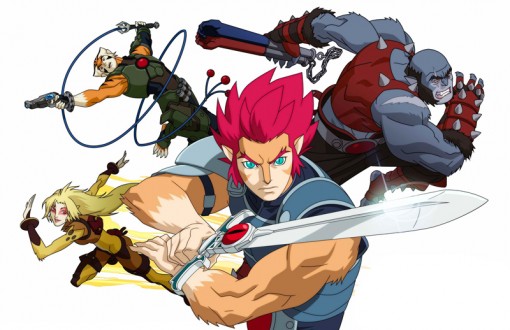