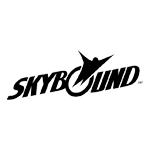 L.A.-based Skybound Ent., led by Robert Kirkman and David Alpert with managing partner Jon Goldman, had expanded operations with the launch of Skybound North in Canada. Led by former Lucasfilm Animation executive Catherine Winder as CEO and Partner, the Vancouver-based operation is a full-service production entity geared toward developing and producing content with Canadian partners.

“The entire Skybound North team is thrilled to work with Thunderbird. Tim [Gamble, CEO] and the rest of the Thunderbird team have a proven track record of having produced some of the most innovative programming to come out of Canada,” said Winder, whose credits include The Angry Birds Movie and Star Wars: The Clone Wars. “This partnership is just the beginning of what will result in ground-breaking content through collaboration with the top and emerging Canadian talent.”

The first project announced for the new partnership is Heroes and Villains: The History of Comics for AMC.