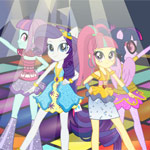 The unbridled teen spirit of My Little Pony: Equestria Girls will get free rein on Discovery Family in the next months, with three brand-new half-hour specials planned for the network’s “Summer Splash” programming event.

Produced by Hasbro Studios, the seasonal adventures of the full-time students and part-time magical pony-girls will kick off Saturday, June 24 at 11:30 a.m. (10:30C) with Equestria Girls: Dance Magic; the specials will also stream live and on-demand on Discovery Family GO.

With the Camp Everfree fundraising deadline looming, the Equestria girls realize they need a new plan to raise more money and are ready to try new things. Rarity finds out about a music video competition with a huge cash prize, and she’s eager to convince her friends at Canterlot High to enter the contest. However, the girls soon learn that the students at rival Crystal Prep Academy are also entering the contest. The girls learn that sometimes coming together instead of competing is the best plan of all!

The overjoyed Equestria Girls have been specially invited by A.K. Yearling to visit the set of the upcoming “Daring Do” movie! For super-fan Rainbow Dash, watching behind the scenes as her favorite heroine comes to life is a dream come true. However, when a rare prop from the set goes missing and puts the entire movie on hold, Rainbow Dash’s dream becomes a nightmare. The Equestria Girls take it upon themselves to track down the missing prop and end up trotting into a real-life Daring Do adventure! 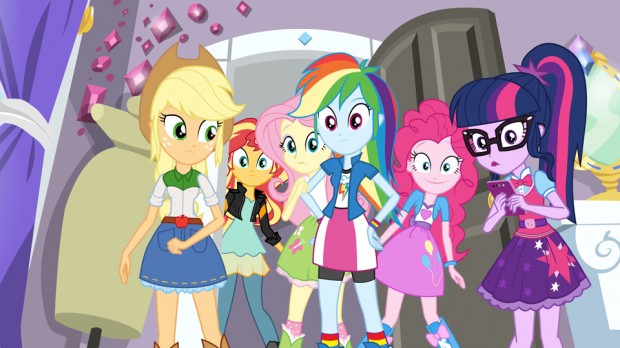 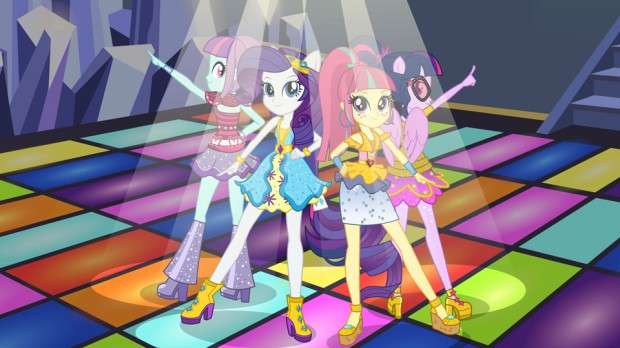 ‘Star vs. The Forces of Evil’ TV Movie Coming to XD in July
Comet, Illuminated Film Team for ‘Buddy & Elvis’