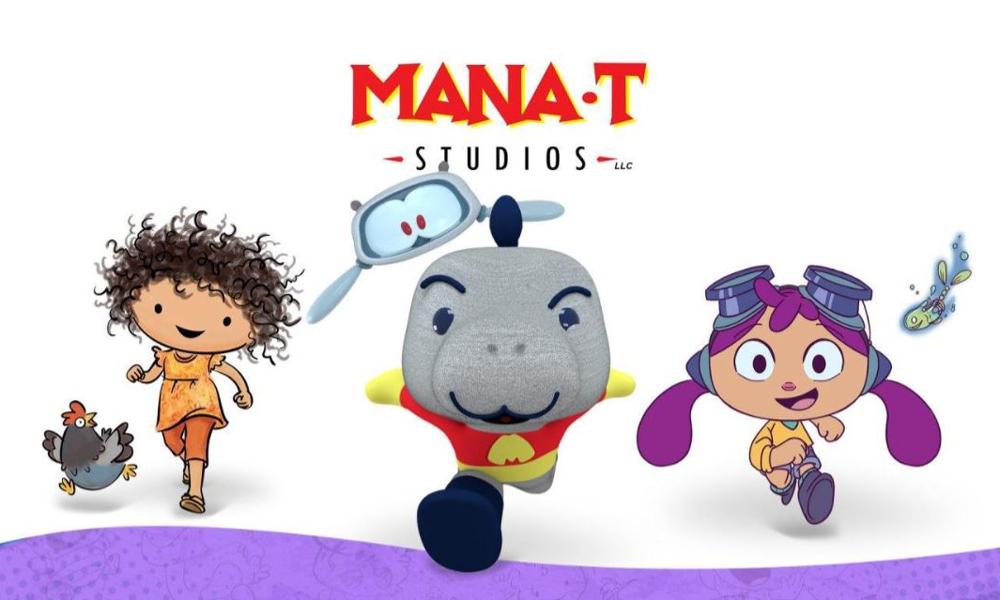 Among the intellectual properties to be represented is Elenita the Chicken Whisperer (Elenita la Encantadora de Gallinas). Elenita is a very imaginative girl growing up in the country with an incredible love and curiosity for animals and nature. She has a very special bond with animals which she considers her “amigos”. And not only she dreams of having a bird sanctuary for when she grows up, but she has a secret, she can talk to chickens! In her neighborhood she is known as “The Chicken Whisperer” and if someone has a problem with a “gallinita,” Elenita is the one to call. Elenita and her favorite chicken/best friend Nita will have fun and unusual adventures that will teach important life lessons as they both discover our connections with nature and our surroundings.

Elenita targets a preschool audience. Elena Montijo, creator and producer at Mana-T Studios, bases Elenita’s stories on real events from her childhood, which are full of humor and innocence.

The second property is The Two Worlds of Mona which is about a girl with divorced parents and how she copes being separated once a week from either her mom or dad. She experiences different ventures every weekend, approached with a great sense of humor and based on each parent’s somewhat interesting, educational and fun careers.

Mona lives with her mother Isabel. She goes to school as a normal kid but it’s on weekends when the adventure begins. Her mother is a paranormal investigator — she could be searching for a werewolf who wants a friend, a vampire who needs a dentist at midnight, or hunting mischievous ghosts in the “haunted” house. Her dad, John Juan, is an adventurer who posts his discoveries on his vlog and YouTube channel. He also takes advantage of every second he spends with Mona, showing her everything nature has to offer while fleeing from mummies or mini pirates riding sharks.

David Wollos, co-partner of The Think Tank Emporium, said, “It is a pleasure to start this adventure with Mana-T Studios. In addition to its highly diverse characters, rich in potential, it is a young studio full of energy and enthusiasm.”

Wollos is a veteran of the distribution, licensing, sales and marketing business who in the past served as senior vice president of sales and operations for Sunbow Productions, the company that created series such as Transformers, My Little Pony and G.I. Joe, among others. Along with his partner Joan Packard Luks, who has worked with major companies like Warner Bros. Consumer Products, Turner Entertainment, The Walt Disney Company, Sesame Workshop, and more. They seek to bring this Puerto Rican studio’s productions within the reach of children and parents around the world.

The initial focus of Think Tank Emporium’s plan for the properties will be publishing and merchandise across multiple categories, including toys and games. While the studio will develop shorts, animated series, children’s books and comics as well as other content.

“I am delighted to raise the name of Puerto Rico and to help introduce us to an industry as powerful as animation is, while taking our IPs to markets outside the country. Excited for a great reason,” said studio founder Tommy González, who was also the producer of Manny, The Super Manatee, the first animated series produced entirely on the island.