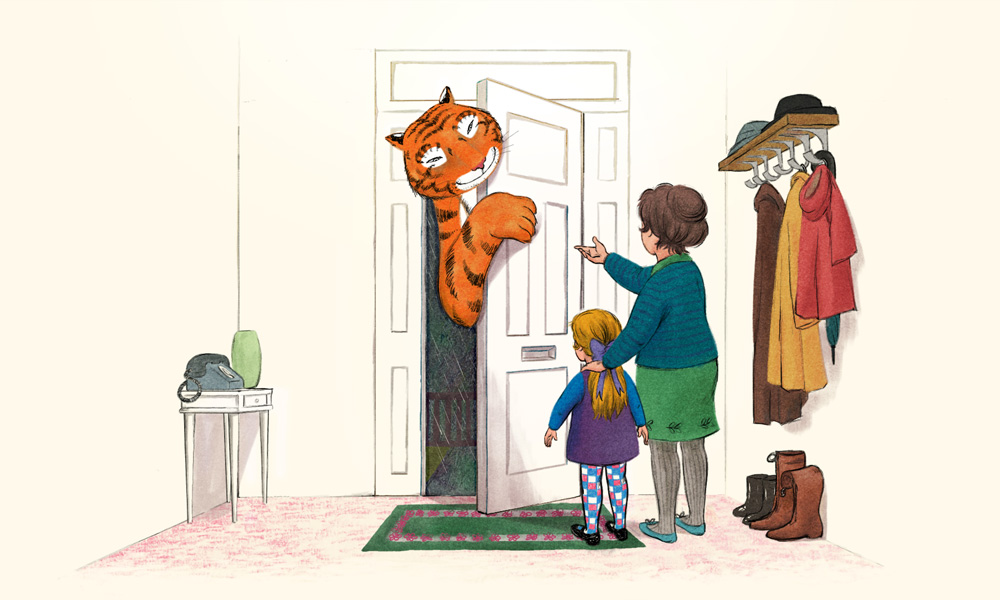 Channel 4 has commissioned a new, hand-drawn animated special adapted from Judith Kerr’s classic picture book The Tiger Who Came to Tea (published by HarperCollins Children’s Book), which last year marked its 50th anniversary. Produced by Lupus Films and HarperCollins, the charming story about an uninvited feline guest celebrated will debut on the U.K. broadcaster at Christmas 2019.

Channel 4’s last festive children’s classic, We’re Going on a Bear Hunt (also produced by Lupus Films), was the Channel’s most-watched program of 2016 with over 8 million viewers over the holidays.

“We are delighted to be creating a new animated film for Channel 4 using our unique hand-drawn style. This timeless tale, with huge cross generational appeal, is the perfect literary classic to adapt for a seasonal special when the whole family can come together to watch it,” said Ruth Fielding, producer and co-founder of Lupus Films. “We cannot wait to bring Judith’s delightful illustrations to life in animation and have assembled an exceptional team to do so.”

Inspired by the author’s daughter Tacy, The Tiger Who Came to Tea is the story of a little girl named Sophie whose afternoon tea break with her mummy is interrupted by the ringing of the doorbell — which turns out to be a very hungry tiger! The big cat eats and drinks the humans out of house, home and bathwater before disappearing into the night as mysteriously as it arrived. The book has sold over 5 million copies since it was first published in 1968. Author Judith Kerr OBE celebrated her 95th birthday last summer.

“The Tiger Who Came to Tea was one of my favorite books as a child, and I loved reading it to my own children when they were small,” said Caroline Hollick, Channel 4 Head of Drama. “I’m thrilled that Channel 4 is bringing this beloved book to life this coming Christmas, so we can enjoy it all over again, as well as introduce the story to a whole new audience.”

Chloe Tucker, Commissioning Executive, Channel 4 Drama, commented, “We are delighted to bring Judith Kerr’s iconic and much-loved children’s book to our screens. The Tiger Who Came to Tea is a timeless classic, and we hope this film will capture the same special place in every family’s imagination watching it. This will be a real Christmas treat, created by the wonderful Lupus Films, who created We’re Going on a Bear Hunt for us and whose hand-drawn animation is perfect for bringing classic children’s books to life.”