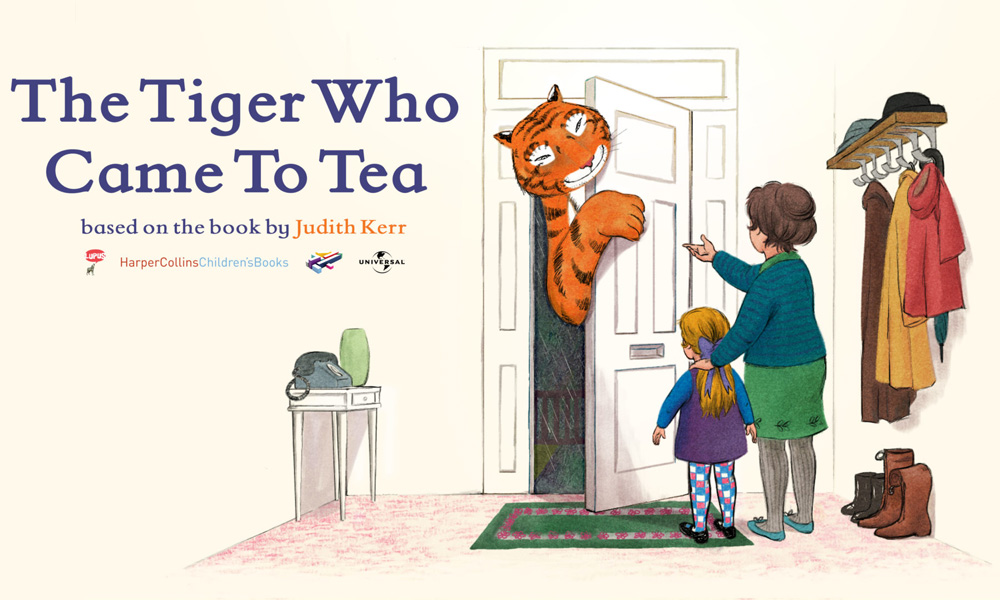 The latest classic kids’ book-inspired animated special from Lupus Films is ready to roar with the reveal of an all-star voice cast. The Tiger Who Came to Tea, adapted from the book by Judith Kerr OBE — who sadly died in May — is a half-hour family TV movie for Channel 4, to debut this Christmas in the U.K.

Published by HarperCollins Children’s Books and produced by Lupus Films (We’re Going on a Bear Hunt, The Snowman and The Snowdog), The Tiger Who Came to Tea tells the delightful story of what happens when the doorbell rings just as Sophie and her Mummy are sitting down to tea in the kitchen. Confronted with a very unexpected guest – a big, furry, stripy tiger – they invite him inside where he proceeds to eat everything in sight before making a timely exit, just before Daddy gets home.

The Tiger Who Came to Tea has sold over five million copies since it was first published in 1968. Inspired by author Kerr’s daughter Tacy, the story of Sophie and her extraordinary guest has enchanted generations of children and become a timeless classic. Lupus Films’ distinctive, hand-drawn animated style will bring it to life to charm a whole new audience this Christmas.

“I couldn’t be more thrilled to be playing a small part in bringing Judith Kerr’s timeless children’s classic to the screen for another generation to enjoy.” — Benedict Cumberbatch (Daddy)

“Who wouldn’t jump at the chance to play the iconic tiger from The Tiger Who Came to Tea? He’s a big cat of few words because — he’s too busy eating! — but I relished all of the growling, chomping and slurping, which called on me to find my inner cat.” — David Oyelowo (Tiger) 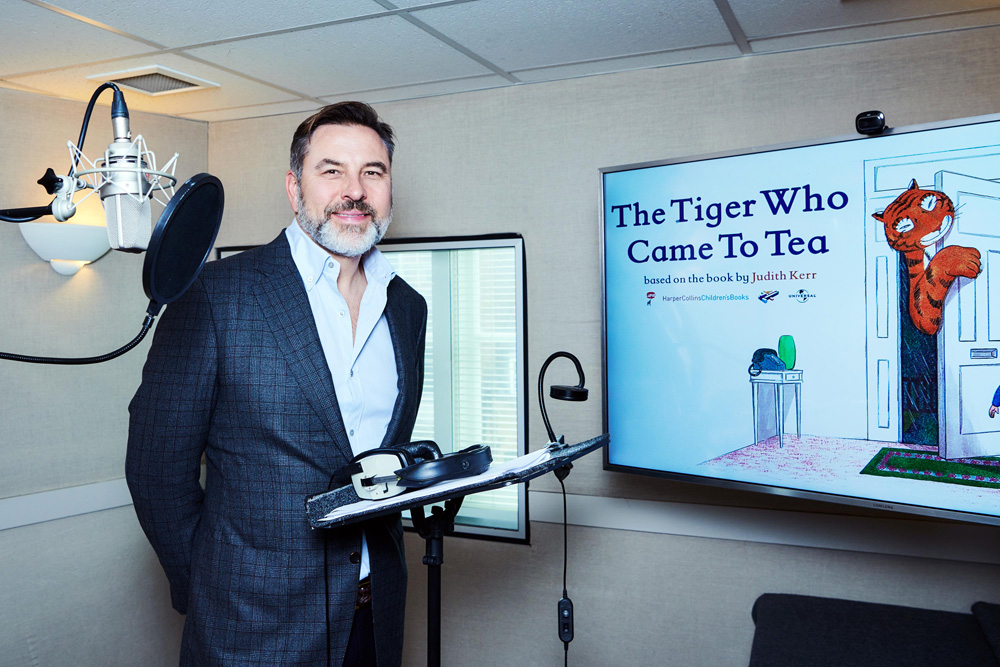 “I knew Judith well and I really adored her. She was an incredible inspiration – her work is so brilliant. The book is a thing of beauty – there isn’t a word out of place, the illustrations are just gorgeous. I really wanted to be a part of it and I was chuffed that she wanted me to narrate. I’m so proud to be associated with it because it’s a stone cold classic. Just like the book has been around for over 50 years, hopefully the animation will have this incredible longevity, too.” — David Walliams (Narrator) 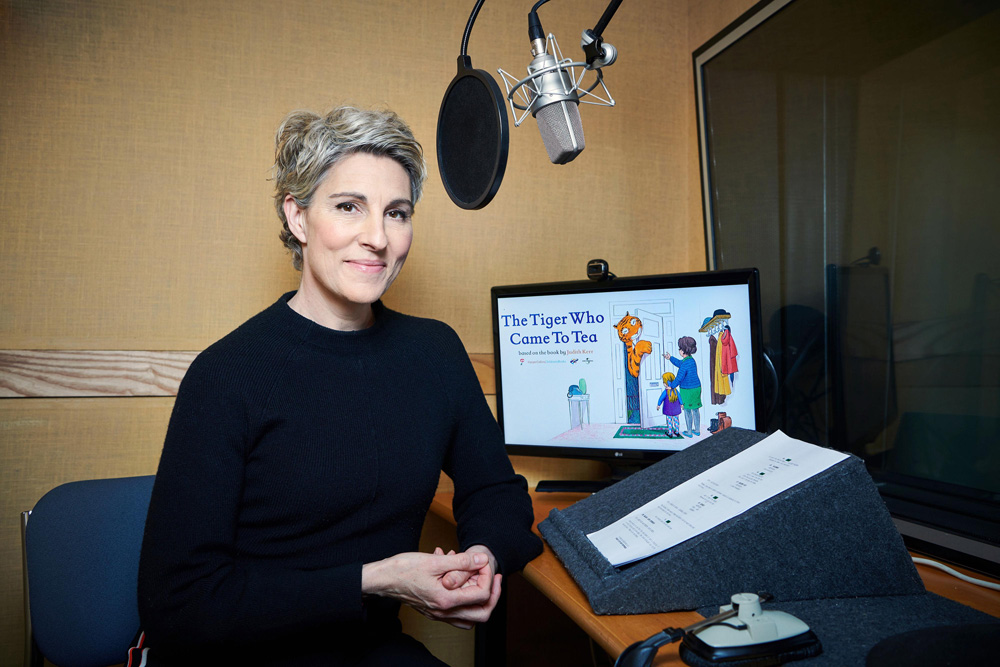 “The story has a universal appeal. It’s about encountering the other and the danger of the unknown adventure. What drew me is that Mummy is not there imposing authority, but she’s agreeing to go on the journey with her daughter, and be a child with her.” — Tamsin Greig (Mummy) 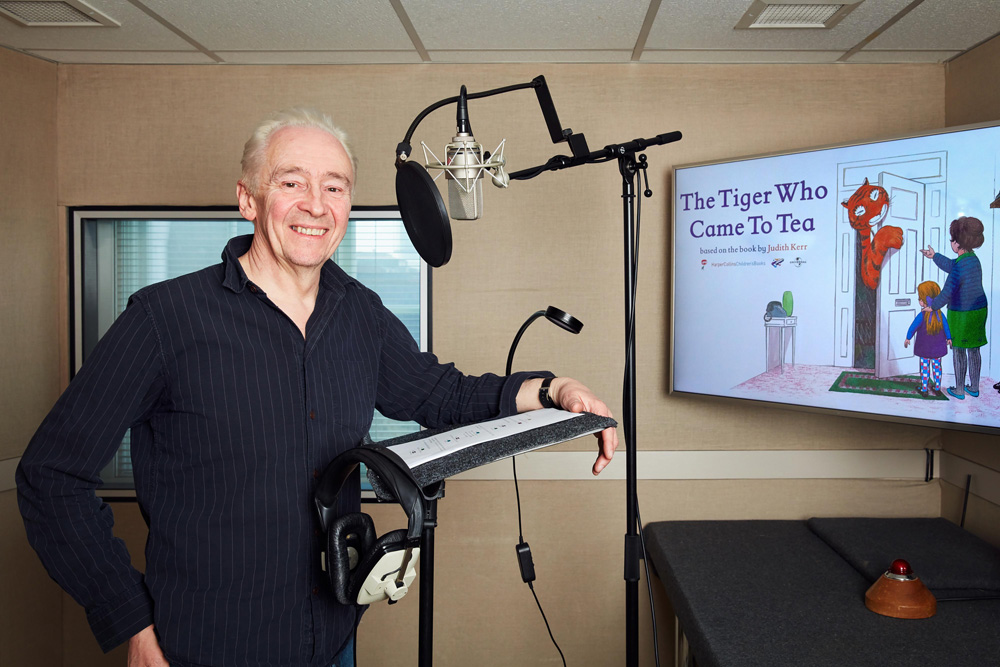 “I wanted to get involved because it has fond memories for me and a close association with my girls. I first read the book to my eldest daughter who is now 26, and I’ve got quite a young daughter as well that I now read it to. It’s one of the not-that-many books where the girl is the central character … I’ve read it to all my four girls, so it’s never been out of my life!” — Paul Whitehouse (Milkman) 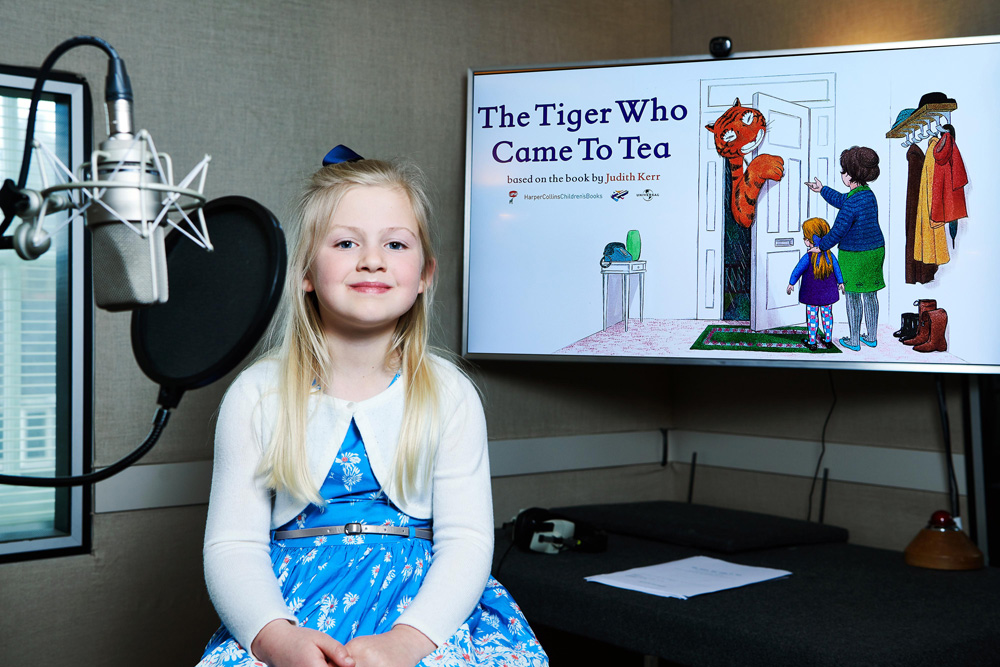 “I do like reading books because they take you to an imaginary world, and this book is really nice. I like all the characters and that an animal can talk because in real life, how can an animal talk? I’m really excited that my voice is going to be animated and I can’t wait for it coming out at Christmas on Channel 4.” — Clara Ross (Sophie)

The Tiger Who Came to Tea is produced by Lupus Films founders Camilla Deakin and Ruth Fielding with Ann-Janine Murtagh, Katie Fulford and Mia Jupp at HarperCollins Children’s Books, and directed by Robin Shaw (co-director We’re Going on a Bear Hunt; AD The Snowman and The Snowdog). The book has been adapted for the screen by Joanna Harrison (co-director We’re Going on a Bear Hunt, co-writer & art director The Snowman and The Snowdog). It was commissioned for Channel 4 by Caroline Hollick, Head of Drama and Chloe Tucker, Commissioning Executive, Drama. Universal Content Group is managing the international TV distribution, home entertainment and theatrical rights to the special.

Channel 4’s last adapted children’s classic We’re Going on a Bear Hunt, also produced by Lupus Films, was the channel’s most watched program of 2016 with over 8 million viewers over the festive period.