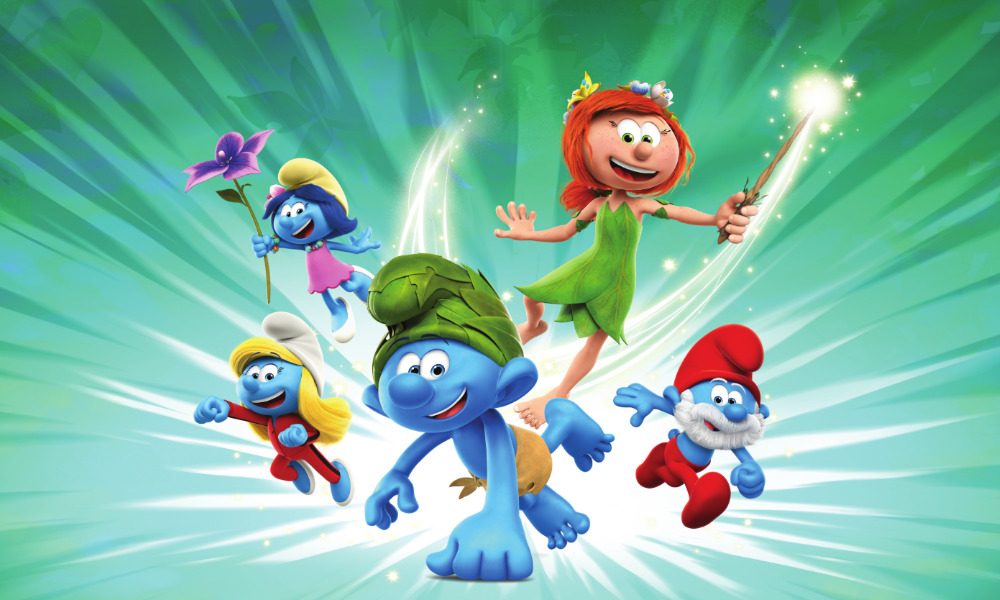 Papa Smurf, Smurfette, Brainy, Clumsy and the rest of the Smurfs are back for an even Smurfier second season, premiering Monday, July 18 on Nickelodeon. Promising more adventure, more mischief, and more new Smurfs, new episodes of The Smurfs will air daily on Nickelodeon in the U.S. at 2 p.m. (ET/PT), and internationally beginning in September 2022.

Season 2 introduces two new characters: Wild Smurf (voiced by Luke Calzonetti), a mischievous character with a strong connection to animal life, whose temper and strange ways will shake up the Smurfs’ daily routine; and Leaf (voiced by Jade Wheeler), the fairy destined to replace Mother Nature who doesn’t have full command of her powers just yet.

Throughout the all-new season of The Smurfs, our little blue heroes will travel through time, swap bodies with each other and get into magic duels. Constantly pursued by the determined Gargamel and Azrael, and also by ogres Bigmouth and Egghead, the Smurfs and their friends will continue to enchant in new episodes filled with exciting and hilarious adventures.

The voice cast bringing these beloved characters to life includes: David Freeman (7 Promises) as Papa Smurf, the father figure keeping the other Smurfs in line; Berangere McNeese (Matriochkas) as Smurfette, a curious Smurf who is always ready to take part in new adventures; Lenny Mark Irons (No Man’s Land) as Gargamel, a conniving human wizard with a bottomless thirst to capture Smurfs; Youssef El Kaoukibi (NRJ Belgium) as Brainy, who considers himself the smartest of the bunch; and Catherine Hershey (Boundary Games) as Willow, the brave and wise matriarch of a new tribe of girl Smurfs.