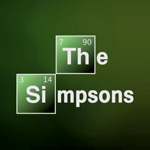 Mr. White, Homer is going to get you! That’s right, this Sunday night’s episode of The Simpsons will feature a new couch opening sequence which pays homage to AMC’s  acclaimed series Breaking Bad. The killer sequence features Marge baking blue cupcakes and ends up with live-action stars Aaron Paul and Bryan Cranston watching the toon from the couch on their living room!

The episode, which is titled “What Animated Women Want,” airs on Sunday, April 14 at 8 p.m. and features the voices of Wanda Sykes and George Takei. The new outing finds Homer trying to save his marriage after Marge gets fed up with his bad behavior, while Milhouse tries to attract Lisa by putting on bad-boy persona a la Brando in A Streetcar Name Desire. Hats off to the team at The Simpsons, which continue to crank out the laughs and clever parodies even though the show is in its 25th season. 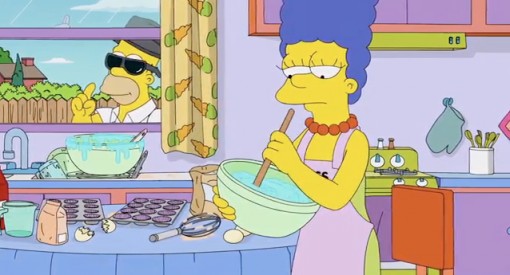