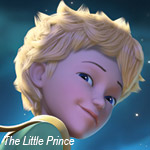 Brand manager PGS Entertainment reports the animated series The Little Prince has been acquired by more than 20 new broadcasters.

The series — based on the classic Antoine de Saint Exupery tale — already airs on such major outlets as France Televisions, RAI DUE Italy, ARD/KI.KA Germany, ABC Australia, and Nickelodeon Scandinavia

“The Little Prince is now airing in 150 territories across the globe, proving that this is not only an award-winning gem of a series of theatrical quality, but also a commercial success worldwide,” says Guillaume Soutter, co-founder and head of international sales for PGS. “Wherever the show is broadcast, outstanding ratings and market shares have been delivered offering to our broadcast partners an iconic show enjoyed by kids that also delivers with strong family co-viewing results.”