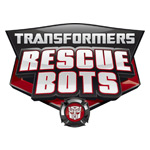 The Hub’s Transformers Rescue Bots opens the door to a more peaceful universe for younger fans of the franchise.

Just when you thought the masters of the Transformers franchise had pretty much exhausted all possible spin-offs and reboot possibilities, a new animated twist pops up on The Hub network to prove us all wrong. This month, the younger-skewing Transformers Rescue Bots will chart the amazing adventures of a group of Autobots as they join forces with a human family of first responders living on a special island off the Eastern seaboard. Exec produced by Jeff Kline and Therese Trujillo, the 2D animated show mixes action-adventure elements with humor, offers a celebration of teamwork and heroism, and is much lighter in tone than the other toons and movies about the popular shape-shifting robots.

“We wanted to introduce younger viewers—children aged five to seven—to the rich world of the Transformers, because our other show Transformers Prime is aimed at older kids—from six to 11,” says Kline, whose long list of animation credits include Men In Black: The Series, Dragon Tales, My Friends Tigger & Pooh and G.I. Joe: Renegades. “Their older brothers have the toys, and they are familiar with these characters. I was very impressed with the concept of the show, and I know that kids love playing with the toys. So we looked at the show as a way of offering a show that parents would feel comfortable allowing their kids to enjoy—substituting the family of First Responders with the darker battles that older viewers enjoy.” 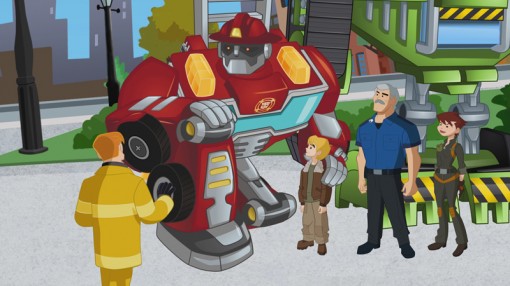 “Today, boys’ action shows often use greys and blacks, but we wanted to follow a more welcoming style, and for parents, this is going to be a flashback to the shows they grew up with.”

“We knew that we didn’t want to the show to be a CG-animated project like Prime, so we were determined to use Toon Boom Harmony,” she adds. “Because of the textures and designs of the vehicles, it’s very hard for animation to nail it without cheating, but we really pushed our studios to be literal with the transformation elements.”

Both Trujillo and Kline believe that they have been able to push Harmony where it’s never gone before, being used to animate an action-adventure show rather than the usual comedy-driven sitcoms and preschool toons. They are also happy with the way the stories reflect a safer Transformers destination for younger viewers. 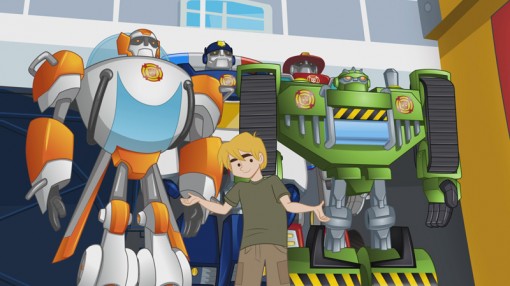 “One of the harder things to do is to create a mythology for a new show that doesn’t contradict the movies and the other shows,” says Kline. “In the other Transformers projects, Earth is always at war, so we came up with the idea to set this show on an island off the coast of Maine, where the characters are sheltered from what’s going on in other places.”

That setting also brought up a new challenge. Since the show centers on an emergency response team, they couldn’t really count on every house on the island having fires in every episode.

“So we came up with the idea that the island is a location where the government tests new technologies, so it’s really a living, breathing, functioning lab, so anything can happen,” explains Kline. “Things are fun and new developments happen in every episode. Essentially, the show has a family at its core—and the youngest, Cody has to find his place in the world, and because of his relationship with the bots, he becomes the most important part of the family.”

Trujillo is also quick to note that she has really enjoyed putting the different elements of the show together, from the casting to finding the right person to sing the theme song to coordinating how the animation crew in Los Angeles works together with the team at Atomic Cartoons. 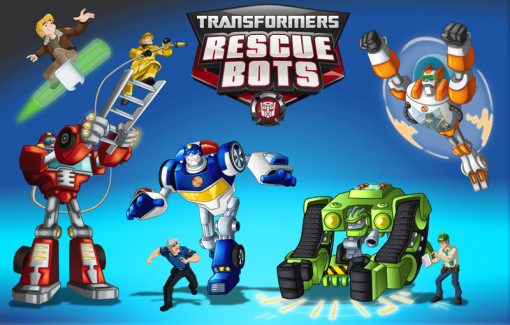 “Everyone came to this show believing that it would be wonderful if we could create this comfortable and safe destination for younger viewers,” adds Kline. “I think what we have is an entertaining action-adventure-comedy show that is post preschool and pre-hardcore action shows.”