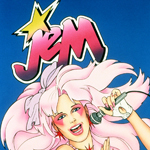 Like all iconic 1980s musical acts, Jem and the Holograms is making a comeback.

The classic animated series is set to return on The Hub as part of its weekday schedule beginning May 31 at 7 p.m. ET, with encore airings throughout the day, and Saturdays at 10 a.m. ET.

A special sneak peek of the first 6 episodes of Jem and the Holograms will be shown in a minimarathon set for May 28 from 2-5 p.m. ET.

Jem and the Holograms ran from 1985-88 in first-run syndication and still boasts a loyal and vocal fan base. It is frequently credited with influencing fashion in the late 1980s and beyond, and launching the careers of female pop-rock stars and music groups.

The series follows Jerrica Benton, whose discovery of Synergy, a powerful computer companion, allows her to transform from co-owner of Starlight Music into rock star Jem. Teaming with her sister and best friends, who form The Holograms, Jem sets out to make their musical dreams come true, even as she battles against the ruthless Eric Raymond and his musical proteges, The Misfits. The series was a joint collaboration of Hasbro, Marvel Productions and Sunbow Productions, and was acquired from the Hasbro Studios library.

In addition, The Hub is adding to its lineup the animated action series Conan the Adventurer, to be presented weekdays beginning May 31 at 7 a.m. ET, with encore presentations on Sundays at 6 a.m. ET.  The series originally ran from 1992–94, and was produced by Jetlag Productions as well as Sunbow Productions and was acquired from the Hasbro Studios library.

You may also like...
Related Topics:1980s series, Conan the Adventurer, Hasbro Studios, Jem and the Holograms, Marvel Productions, Sunbow Productions, The Hub