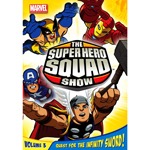 The Hub is about to be invaded by pint-size superheroes, having acquired the hit animated series The Super Hero Squad Show from Marvel Animation.

The series is set to begin airing on the channel Monday through Friday at 4 p.m. ET starting Jan. 30, with encores slated for weekend timeslots.

The series is aimed at a younger audience than most Marvel content and has more of a comedy approach. The show ran for two seasons and produced a total of 52 half-hour shows. It was produced by Film Roman and Marvel Animation and originally aired on Cartoon Network.

The show features a wide cast of Marvel characters, including heroes Iron Man, Wolverine, Captain America, Thor and the Hulk, as well as villains Doctor Doom and Red Skull.

“We’re delighted to be adding The Super Hero Squad Show to our lineup,” said Margaret Loesch, president and CEO of The Hub. “This terrific, high quality series is a bullseye for our key demographic and is perfectly aligned with our strategy of building our schedule with strong, beloved brands that audiences know and embrace. Additionally, we’re thrilled to be associated with Marvel Animation. As one of the world’s preeminent character-based entertainment companies, Marvel has a superb reputation for providing quality entertainment.” 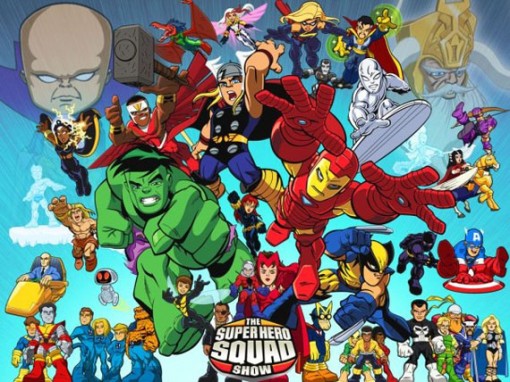 “Marvel Super Heroes have always entertained fans of all ages in our comics, and we’re proud to offer an animated series that families can enjoy together,” said Jeph Loeb, head of Marvel Television. “With the most exciting super-powered adventures, The Hub can now offer the greatest fun of all– experiencing Marvel for the very first time. So whether you want to fly with Thor, suit up with Iron Man or smash with Hulk, this series has everything your family wants to see from our heroes.”