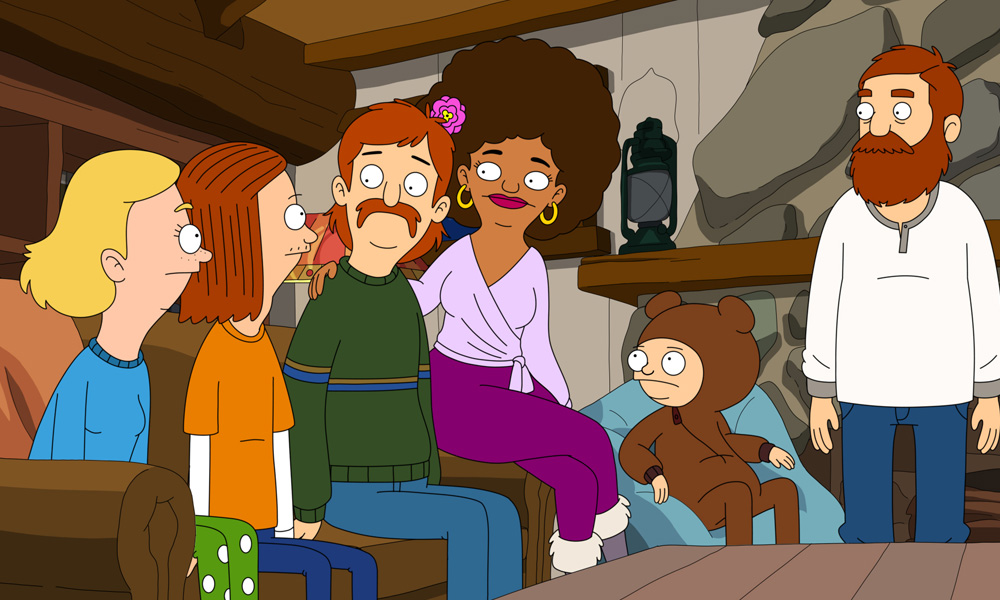 Among a flurry of new series order and renewals announced by FOX for the 2021-22 television season, fans will be returning to an animated Alaska for a third season of The Great North, from Bob’s Burgers creator Loren Bouchard and co-creators/writers/EPs Wendy Molyneux, Lizzie Molyneux-Logelin and Minty Lewis. The re-up comes ahead of the show’s TBA second season, which in turn was ordered last year, before the series’ premiere.

The Great North follows the Alaskan adventures of the Tobin family, as a single dad, Beef (Nick Offerman), does his best to keep his bunch of kids close – especially his only daughter, Judy (Jenny Slate), whose artistic dreams lead her away from the family fishing boat and into the glamorous world of the local mall. Rounding out the family are Judy’s older brother, Wolf (Will Forte), and his fiancé, Honeybee (Dulcé Sloan); middle brother, Ham (Paul Rust); and 10-year-old-going-on-50 little brother, Moon (Aparna Nancherla). While the children’s mother is not in the picture, Judy seeks guidance from her new boss, Alyson (Megan Mullally), and her imaginary friend, Alanis Morissette (guest-voicing as herself), who appears to her in the Northern Lights.

The series is produced by 20th Television, with animation by FOX’s Emmy-winning studio Bento Box Entertainment.

As announced, FOX’s returning animation slate also includes Bob’s Burgers, Duncanville, Family Guy and The Simpsons. Emily Spivey’s Bless the Harts has not been renewed for a third season, but audiences will get to check out the new suburban pet sitcom Housebroken starring Lisa Kudrow (premiering May 31).