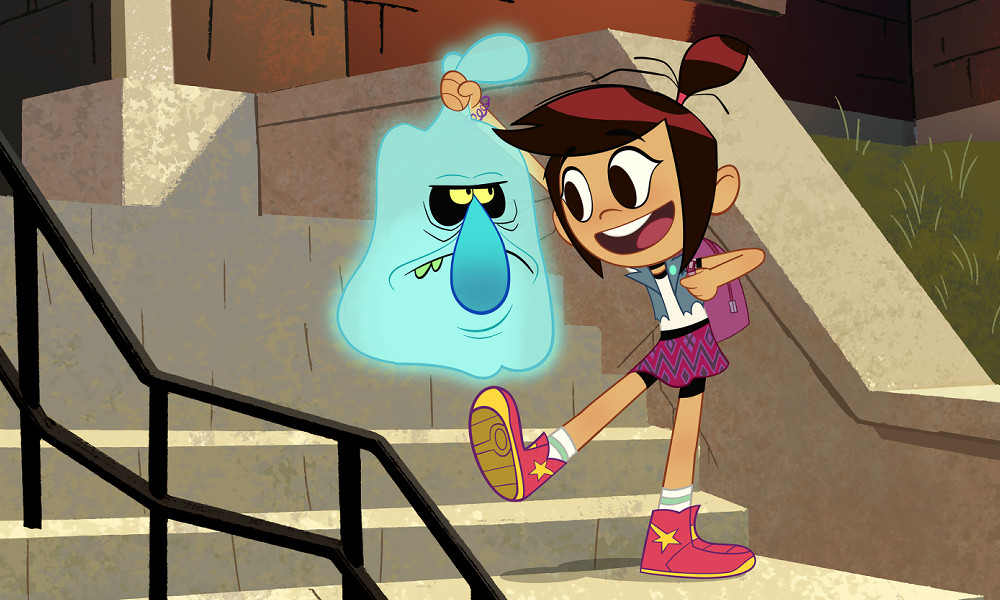 It’s been almost 30 years since Emmy-winning writing partners Bill Motz and Bob Roth sold their first script to Disney, which was for an episode of the popular show Darkwing Duck. Now, after working on numerous acclaimed animated shows together including Aladdin, Hercules, Buzz Lightyear of Star Command, Kim Possible, Phineas and Ferb and Penguins of Madagascar, they are back with a charming new show for Disney+ called The Ghost and Molly McGee.

The series centers on Molly, a cheerful young girl (voiced by actress/writer Ashly Burch) who is stuck with a grumpy ghost named Scratch (Dana Synder) after she and her family move to a new home. The duo ends up forming a friendship despite their differences as they navigate life’s little adventures.

During a recent interview, Motz and Roth reveal that their own different personalities inspired the premise of the show. “We came up with this simple story about a young girl and a ghost years ago, but it wasn’t until we started developing the show that we realized they were actually us,” says Roth. “Bill is an extrovert and an optimist, and I’m more of an introvert and a pessimist. Bill is happy-go-lucky, and I’m kind of grumpy. That’s when we realized: Wait a second, we’re just making a show about us!” 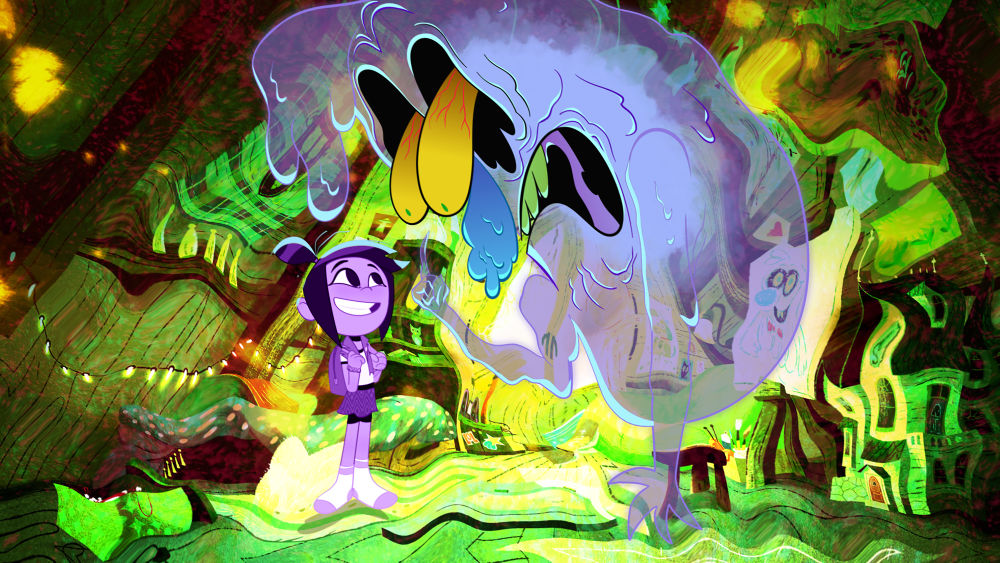 The duo recalls coming up with the pitch for the show 14 years ago, but they had a hard time selling it at the time. “It got killed in 30 seconds,” says Motz. “Then, we pitched it to Nickelodeon, and that was dashed on the rocks, too. But we kept coming back to it. We were finishing our LEGO Star Wars project with Disney when the studio graciously gave us an overall deal. So we played with several different ideas, and Bob said, ‘Hey, I liked that Molly McGee idea,’ so we gave it a shot again! Then, when we got Dana as Scratch and Ashly as Molly, we were cooking with gas.”

Motz says they decided earlier on to base the heritage of Molly on whoever they cast for the part. “So when we picked Ashly, whom we just adored, we built the character’s ethnicity on her,” he notes. We didn’t want to assume it was OK, so we got together for lunch and asked her how she felt about it, and she was very excited about it.”

Roth adds, “When we interview people, we always ask them to tell us about themselves — not to just tell us about their jobs, but where they grew up, their siblings, their pets, where they come from, etc. That’s how you get to know about them. So, that’s why Molly got to be half Thai and half white, just like Ashly. Our crew also brings so much of themselves to the show and that makes it all richer and more interesting” 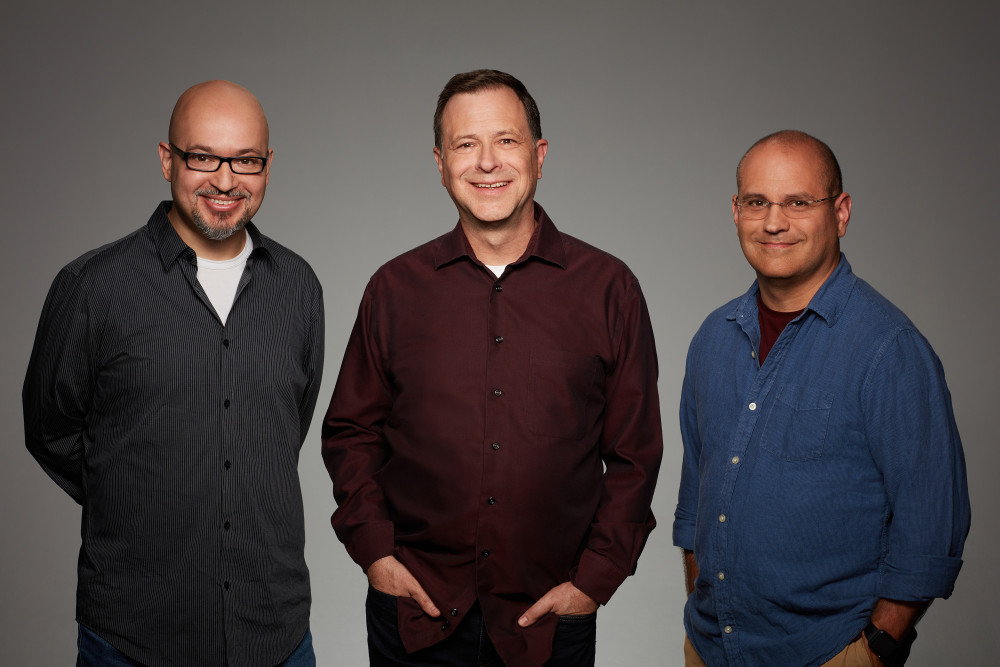 The diversity of the team making the show was very important to the show-runners.

As Roth tells us, “We built our crew around that idea. We work very closely with them, and they’re all very talented and hardworking. Disney was also very helpful in terms of helping us discover talent that we weren’t aware of before. We had a huge stack of submissions from people who had never been staffed before. They had such fresh perspectives and told us first-hand about Thai culture and traditions. We also bring in consultants in all the different areas that the show’s storyline encompasses, whether it’s LGBTQ issues or climate science, etc.”

Motz and Roth are very pleased about what they call the “magical alchemy” of their show. “We discovered certain things just through happy kismet,” says Roth. “For example, we learned about the Thai culture’s practices towards the supernatural. They have the tradition of these spirit houses, which are little homes that they have to honor the spirit that may have lived there before. That was a perfect idea for our ghost Scratch! So, it was added to the mythology that we were trying to build on the show.”

Also along for the ride was co-exec producer Steve Loter who was in charge of the show’s beautiful visuals. (The actual animation production is done by the fantastic team at Canada’s Mercury Filmworks, using Toon Boom Harmony.) Loter, who won two Emmys for his work on The Penguins of Madagascar series, had previously teamed up with Motz and Roth on a number of projects, including Kim Possible, The Penguins of Madagascar and The Legend of Tarzan. “I would take any opportunity to work with them,” he tells us. “I loved the concept of their new show and absolutely wanted to be involved. I love the offbeat humor, but the thing that makes it shine is its relatable, genuine heart.”

Loter adds, “We have this strong desire to include at least one original song in every episode. The songs that our series songwriter Rob Cantor writes are so great that you want to keep storyboarding to make the visuals as fabulous as the songs are.” 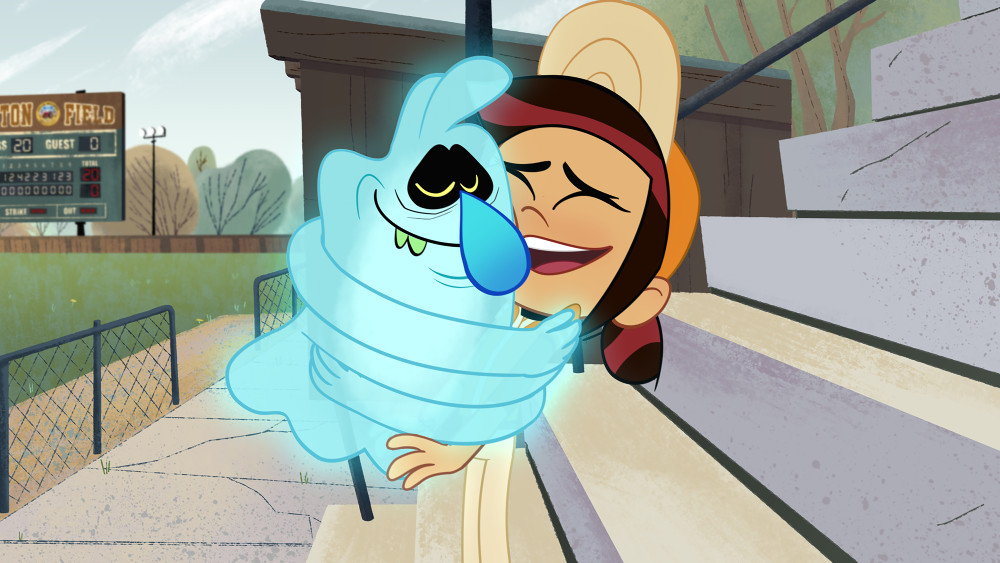 When asked about the challenges of working during the pandemic, Motz and Roth point out that the lockdown began only two weeks before they shipped the first episode of the series to animation. “The entirety of the season was done in lockdown,” says Roth. “The amazing thing is that even before the pandemic, we wanted to put something hopeful out there in the world — something that warms the audience’s hearts and gets them to dream again. We want families to watch this show together and remember that we can make the world a better place if we try and understand each other better.”

Adds Motz, “We like to say the show is about a ghost, and a girl who brings him back to life. Molly is this bubbling force who is reviving both Scratch and the whole town. She is going to bring him around to her point of view. We feel there’s enough cynicism out there!”

As we approach the end of our time for the interview, Motz and Roth mention that they actually met about 31 years ago at a USC summer film production workshop. “We struck up a friendship that has lasted more than three decades!” says Roth. “We are good collaborators. I think we’re willing to poke at every idea and let the best idea win. We don’t come in with giant egos.” 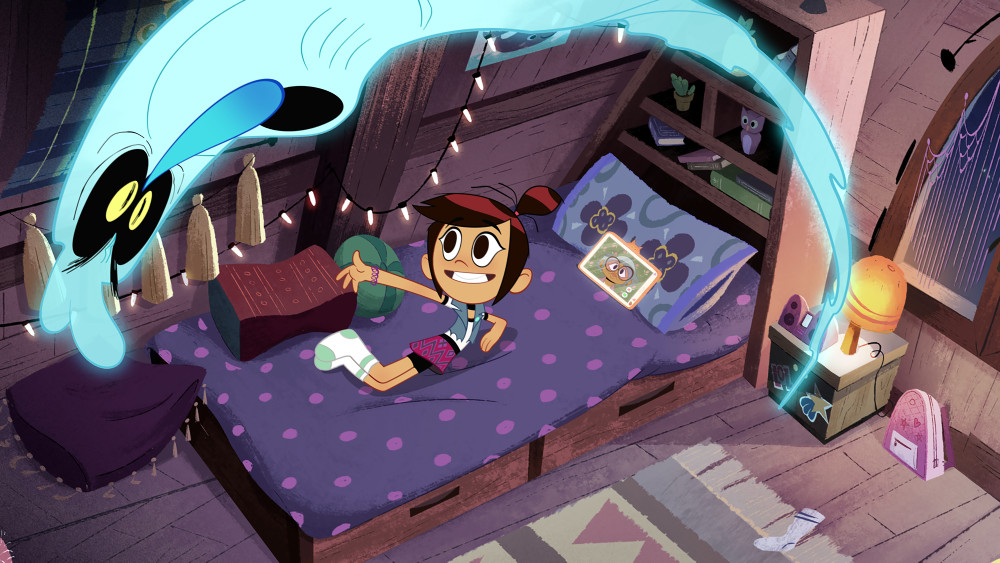 Motz says they are not like some other creators out there who come into meetings unwilling to change their ideas or see another way of telling a story. “We second guess each other all the time. If we get notes on something and we’re not sure about it, we don’t debate it in the room. We’ve learned to say, ‘OK, we’ll think about it.’ Then we make ourselves consider it for 24 hours. Sometimes, the notes reveal that there is a problem. Maybe their solution isn’t the most elegant one, but it allows us to re-evaluate the situation. We find that when you dig a little deeper, you find something that is stronger than before. Ultimately, it’s about bringing forward the best story possible, not about being right. A good idea can come from anywhere.”

The animation vets also leave us with a few tips: “If you have an idea, don’t give it up. If the time isn’t right, just keep it in the folder. Let it evolve and grow and be open to the universe’s notes and input,” says Roth.

Motz jumps in to add, “And always behave towards everyone the way you would like to be treated. That sounds like a fundamental idea, but you’d be surprised how many people don’t realize it. There were people who worked for us and now they’re on top of the game in the entertainment business. I am so happy for their success. People remember who was nice to them as they were on their way up.”

The Ghost and Molly McGee premieres on Disney Channel and DisneyNOW on Friday, October 1. The series has already received a second season order.

Pixelatl 2021: We All Need Each Other!
Miyazaki’s ‘Future Boy Conan’ Gets Complete Series Treatment in November