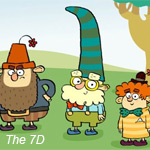 Heigh ho, heigh ho, Disney Jr. has started production on a new animated series featuring radically new designed versions of Snow White’s Seven Dwarfs. Slated to premiere in 2014, the series is called The 7D and is described as a “comedic take on the world of Seven Dwarfs, this time in a contemporary storybook world designed for viewers age 2-7 and their families.

The show’s exec producer is Emmy Award-winning Tom Ruegger (Animaniacs). Alfred Gimeno (Tiny Toon Adventures) is the director and Sherri Stoner (Pinky and the Brain) is the story editor. The characters are designed by Noah Z. Jones (Fish Hooks).

Nancy Kanter, senior VP of original programming and general manager of Disney Junior Worldwide said, “Our goal for Disney Junior is to engage kids with stories and characters that represent the very best of Disney storytelling. With ‘The 7D,’ we look to continue Walt Disney’s legacy of reinterpreting classic folk and fairy tales in ways that delight new audiences. We’re excited to re-imagine these familiar characters and put them in a new humorous setting that we think will entertain kids and parents alike.”

The show place in the whimsical world of Jollywood, where Queen Delightful relies on the 7D – Happy, Bashful, Sleepy, Sneezy, Dopey, Grumpy and Doc – to keep the kingdom in order. Standing in their way are two laughably evil villains, Grim and Hildy Gloom, who plot to take over the kingdom by stealing the magical jewels in the 7D’s mine. With seven very distinct personalities, the 7D always manage to save the day and send Grim and Hildy running back to their evil lair to try another day. 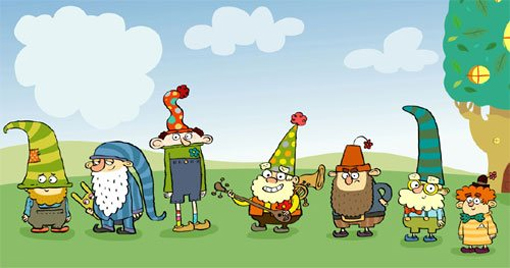 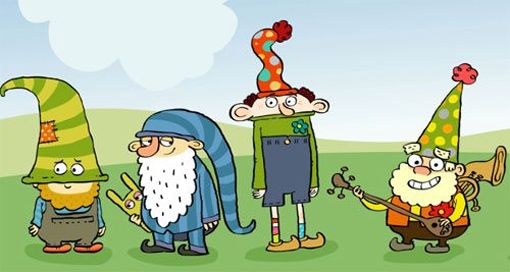