Free On-Demand TV network Kabillion will premiere the original kids’ animated series The DaVincibles on Thursday, April 4. Season One of The DaVincibles includes 26 half-hour episodes which will also debut throughout Kabillion’s on-line network.

“The in-your-face, quirky, comedy adventures of the The DaVincibles is the perfect complement for our online program offering,” says Shea Fontana, Kabillion’s director of digital media. “The quick pace and wacky characters are sure to be a hit with our fans online as well as Video On Demand.”

The series centers on the adventures of siblings Pablo and Zoe who struggle to put aside their sibling rivalry as they travel the world in zany, madcap adventures with their crazy, lovable Uncle Leo. In search of rare and sometimes valuable artifacts, the family frequently crosses paths with The Society of Very Bad Villains (SVBV), the most demented and incompetent villains the world has ever known. Produced in High Definition 2D Flash animation, The DaVincibles is a co-pro of Moonscoop, Zodiak Active, Rai Fiction, SLR Productions, Telegael, Big Animation, Verve Communications, Agogo Entertainment and Top Draw Animation. 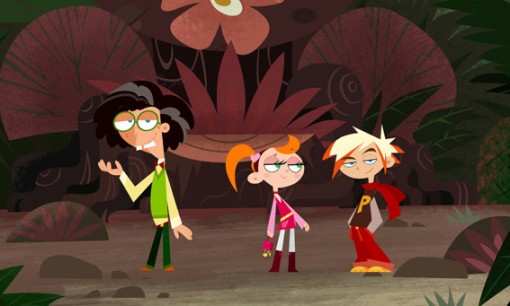