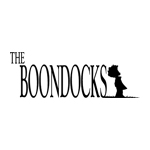 After a four-year hiatus, Adult Swim’s comedy series The Boondocks returns April 21 with the first episode of its fourth season.

Airing on the channel at 10:30 p.m. ET/PT, the fourth season of the award-winning series has fans both eagerly awaiting its return and worrying how the series holds up without the participation of its creator, Aaron McGruder.

Adult Swim publicity materials state simply, “This season was produced without the involvement of Aaron McGruder, when a mutually agreeable production schedule could not be determined.”

McGruder, who created the comic strip the series is based on, is developing a series called Black Jesus for Adult Swim. That indicates his relationship with the network is continuing in a normal fashion, even as his creator credit being removed from the show’s opening credits suggests the opposite.

By the quality of the two preview episodes made available to press, fans should have little to worry about. The Boondocks — which follows 10-year-old radical Huey Freeman, his rap-culture obsessed little brother Riley and their cantankerous grandfather Robert — retains its bite and its humor.

The debut episode, “Pretty Boy Flizzy,” sees the Freeman’s lawyer neighbor take on an R&B star as a client and gets a lesson in the, um, lessons of modern African American music culture.

The second episode previewed, “Breaking Granddad,” airs May 5 and sees Huey’s attempt to create a bomb accidentally result in the creation of a hair relaxer that’s as effective and popular as it is flammable. Many of the best jokes are not the sort of things suitable for youngsters, but do present a hilarious tale and a point of view that is sadly alone on American television.

Given the length of time it took for the fourth season to arrive, it would appear a long shot that a fifth is likely, so fans of the series should enjoy it while they can. 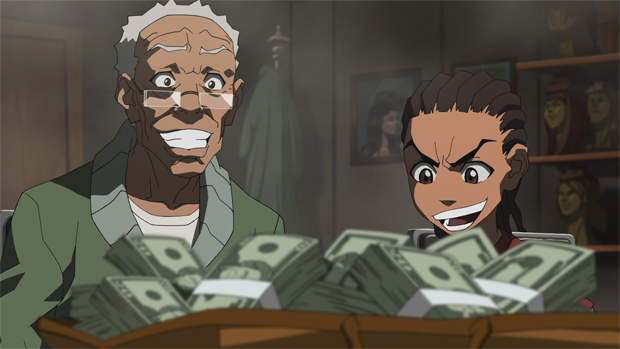