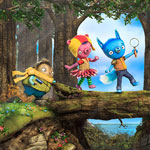 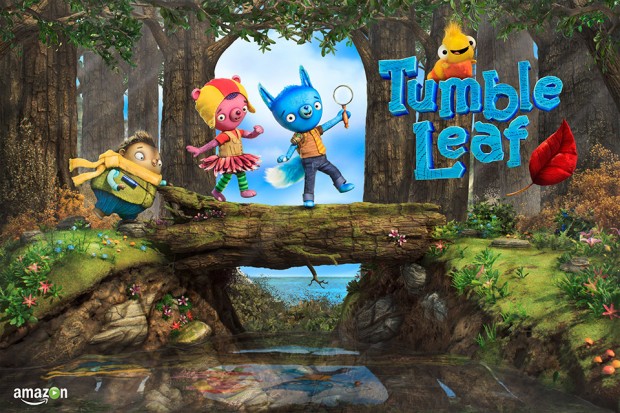 Taking a long-term view pays off for Bix Pix Entertainment with the success of its Amazon Studios preschool stop-motion series Tumble Leaf.

Several years ago, Kelli Bixler was pitching a stop-motion children’s series created by Drew Hodges, her colleague at Bix Pix Entertainment, with no deal emerging and nearly every exec who saw it saying “it’s very unusual” and “it looks interesting.”

“We were loving that,” says Hodges. “We knew we were playing a long game if we wanted to do something new.”

And that game plan has worked out extremely well for Bix Pix, resulting in the award-winning series Tumble Leaf, which begins its second season Dec. 11 streaming exclusively on Amazon Prime Video.

To say the first season of Tumble Leaf was a hit is an understatement. Not only was it a hit with viewers, it began to rack up an impressive display case worth of awards, including four Daytime Emmys — including Best Preschool Series — the Jury Award for a TV series at Annecy in 2014, last year’s Annie Award for Best General Audience Animated TV/Broadcast Production for Preschool Children and a 2015 Parents’ Choice Gold Award. Christopher Downs, who voices the lead character, Fig, also won a Young Artist Award for best voice over performance for the under-10 age group.

The success of Tumble Leaf — which follows Fig, a curious blue fox, and his caterpillar best friend Stick on nature-filled adventures — has elevated the profile of Bix Pix to a new level unseen in the company’s 20-year history.

Bix Pix got its start in Chicago in 1995, when Bixler fell in love with a stop-motion animator and took one of his ideas to pitch at NATPE and landed Disney as a client. Early success in stop-motion included Miss Twiggley’s Tree, and the company became a hub for the stop-motion community in the region.

Among them was Hodges, who attended Columbia College in Chicago, and joined the company as an entry-level puppet maker.

Hodges developed Tumble Leaf over several years. “I had been developing a short film and I had a lot of ideas, but nothing for a TV show,” he says. “But out of that I just started to think: What if that element or some of that design was made for younger kids? I started goofing around with, could I make a kids show and what would that look like?”

Among the executives who saw the pitch was Tara Sorensen, then with National Geographic, who Bixler says loved the project but wasn’t in a position to pick it up. They later connected just after Sorensen had joined startup Amazon Studios in 2012 as head of kids programming in a hallway at a conference and began talking immediately about making Tumble Leaf Amazon Studios’ first original children’s series.

Getting the greenlight for a series meant going through Amazon’s pilot season process, where pilots are presented online for feedback with the shows getting the best response advancing to series. The process was unique, but exciting, with Bix Pix presenting a color animatic that made the grade with viewers, says Hodges.

The series order in May 2013 from Amazon Studios transformed the company, which within weeks moved into its current 20,000-square-foot facility in Sun Valley, Calif., and started production shortly after that.

“At our biggest, we’re about 75 to 80 people, and that’s with storyboards and post,” Bixler says. “There’s probably at least three to four months where we’re at full capacity.”

In addition to Tumble Leaf, Bix Pix has kept on some of its longstanding work-for-hire clients on projects such as commercials. It also has been working on a project for Curious World, an app for children that encourages reading and is run by publisher Houghton Mifflin Harcourt.

That project is using paper animation to create an interstitial series based on Aesop’s fables with a stop-motion framing sequence. Kevin Kidney, a former Disney art director, was hired to create the simple paper puppets at his studio in Anaheim.

Bix Pix also has been partnering with individuals to develop and pitch original content, with two show proposals currently making the rounds.

Bix Pix is now hip-deep in production on season two, scheduled to wrap in April. Bixler says the entire company enjoys working with Amazon and appreciates the support from a relative newcomer in the production game. “They’ve been really good to us, in letting us really champion the uniqueness that Drew wanted to bring to this project and giving their support,” she says.