Thursday, June 30 is set to be an epic night of animated premieres on Cartoon Network. CN’s superheroic sisters will soar into Jump City for the first ever crossover episode of Teen Titans Go!, “TTG v PPG,” premiering at 6 p.m. ET/PT. The cartoon chaos begins when Mojo Jojo shows up in Jump City, and it’s up to the Powerpuff Girls and the Teen Titans to stop his evil plans.

Then at 7:30 p.m., a special half-hour episode of J.G. Quintel’s Regular Show debuts. In “Rigby’s Graduation,” Rigby the raccoon finds out that his graduation speech is going to be broadcast live on a TV show called “Inspire America,” and he wants to make the big day a very memorable one. 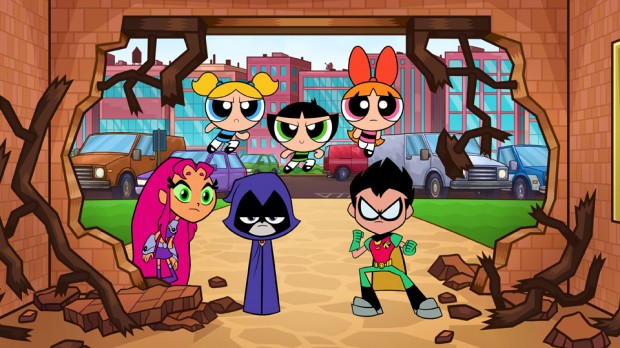