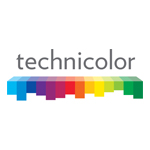 Technicolor and Mercury Filmworks, will unveil their new 2D animated preschool series Chamelia at the upcoming Cartoon Forum (17-20 September) and MIP Jr./MIPCOM (5-10 October). The charming 52 x 11 animated project, which is based on the award-winning book series by Ethan Long, centers on a six-year-old chameleon who, unlike her peers, would rather stand out than blend in.

Set in the town of Camouflage, the series celebrates the joys of being unique as the central character experiences familiar childhood situations at school, in the playground, at the park, and at home. Like most six year olds, Chamelia embraces life with a flare and style all her own. Children’s media veteran John Lomas-Bullivant (Bob the Builder, The Cramp Twins) is spearheading the overall development of the show.

Technicolor’s vp of animation Steven Wendland said, “Our collaboration with Mercury Filmworks on the development and production of Atomic Puppet was such a rewarding partnership, we were eager to work with them on Chamelia. Both companies share a commitment to developing distinct properties that capture the imagination, push the creative envelope, and engage audiences.”

“Technicolor is a brilliant partner with great creative instincts,” adds Mercury Filmworks president Clint Eland. “They are a global company with diverse expertise that complements our own. We couldn’t be happier about re-teaming with them to develop this show. Add the talents of John Lomas-Bullivant, and I think we have a wonderful recipe for success.”