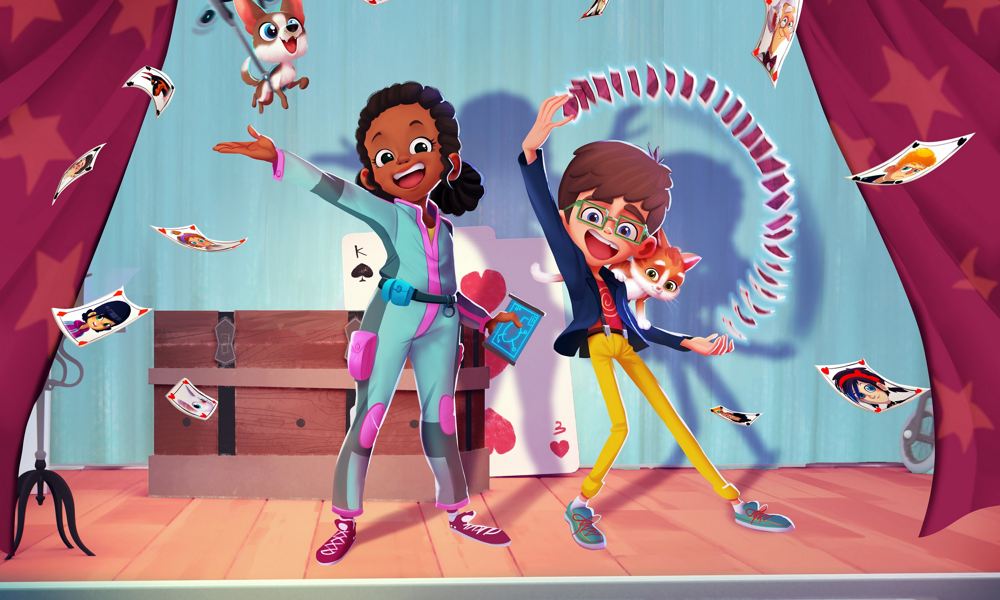 Leading European kids entertainment companies TeamTO, M6 and Canal+ are pleased to announce their partnership on Presto! School of Magic (52 x 11’), an animated comedy series based on the international hit feature The House of Magic from nWave and StudioCanal. Together with Belgian co-production partners Panache & La Compagnie Cinématographique, the agreement provides a greenlight for the series and a prestigious platform for the show in France.

“We are absolutely thrilled to be a part of this magic-filled show, and to begin our first collaboration with TeamTO. We love shows that encourage kids to discover their talent and develop their potential. Presto! School of Magic has both positive values and a heart — a perfect combination!” said Lila Hannou, Head of Children’s Programs, Groupe M6.

Canal+ Director of Children’s, Audrey Brugère, added, “Following the success of Angelo Rules and My Knight and Me, we are delighted to once again partner with TeamTO on Presto! School of Magic, and to have participated in its development. The series fits perfectly within the projects we choose for our channels, dealing with the everyday issues kids face in a world of imagination and humor. The series is a beautiful extension of the universe created in The House of Magic feature film, co-produced by Studio Canal.”

Presto! School of Magic features a band of talented and curious kids who dream of becoming magicians. Star students Dylan and Lisa cannot believe how lucky they are to be part of the new school. Lorenzo, a retired magician of international renown, and his nephew have turned their old mansion into Presto! School of Magic, where Lisa, Dylan and fellow aspiring magicians Nica, Violet and Vincent, learn the tricks of the trade. They all have different reasons for attending the school – but they have one thing in common: a passion for illusion, conjuring and the art of magic!

The series and its creatives come to the table with strong credentials for success: Presto! School of Magic was a 2017 Official Selection for Cartoon Forum, which has twice honored the series’ producer, Corinne Kouper, as Producer of the Year (in 2010 and 2015). Kouper is also the recipient of two Emmy Awards and one Pulcinella Award in her long career of creating hits such as Mighty Mike, Angelo Rules, Yellowbird the movie, Zoe Kezako and Rolie Polie Olie.

“From Houdini to Shin Lim – the recent winner of America’s Got Talent – we know that magic is timeless, mesmerizing and especially intriguing for kids,” commented Kouper, SVP Development & Production at TeamTO. “This fun series will introduce children to what lies behind the curtain through the eyes of our heroes. And like in Fame and other shows that allow young people to discover their hidden talents, Presto! School of Magic shows what it takes to become a great magician.”