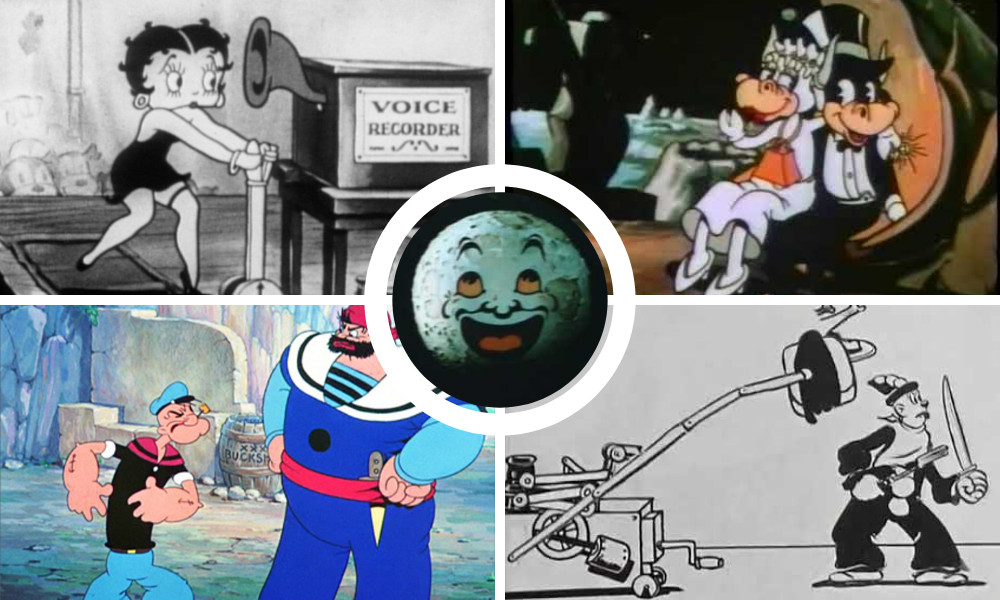 Next month, WarnerMedia’s TCM is dialing in its focus on classic film to one of the pioneers of Toon Town with a celebration of Fleischer Animation’s 100th Anniversary. The lineup includes a brand-new documentary on the early days of American animation and two collections of Fleischer cartoon shorts on October 2, and a double feature of works by director Richard Fleischer (son and nephew of the animation studio’s founders, Max and Dave Fleischer, respectively) the following Saturday. The shorts collection features iconic Fleischer characters Koko the Clown, Betty Boop and Popeye.

The celebration schedule is:

8 p.m. Cartoon Carnival (2021) | TCM Premiere — A 90-minute documentary charting the birth of the American cartoon through the silent era until the arrival of Disney. Told through interviews with animation historians and supported by archive clips, the aim of the film is to cast a light on a forgotten, but pioneering part of film history.

8 p.m. Fantastic Voyage (1966) A team of scientists shrinks to remove a blood clot from the brain of a defecting scientist.

Founded in 1921 by brothers Dave and Max Fleischer, Fleischer Studios (originally Inkwell Studios / Out of the Inkwell Films) was a pioneer in the art and craft of animation, responsible for creating and animating some of the most beloved characters in American animation — including Betty Boop and Koko the Clown. The studio was also renowned for its animation of comics characters Popeye (originally created by Elzie Segar) and Superman (originally created by Jerry Siegel and Joe Shuster). The artists and innovators of the studio delivered many firsts in film, including the first footage of jazz icon Cab Calloway, Max’s rotoscope invention and the “set-back” process. Today, Max’s grandson Mark Fleischer serves as Chairman & CEO.

The director of nearly 50 films, Richard Fleischer enjoyed an incredibly diverse career helming B-movie thrillers, effects-laden spectaculars, and star-studded epics. The son of animation innovator Max Fleischer, he began his filmmaking journey at RKO where his documentary short Design for Death (1947) earned him an Oscar as producer. He crafted the noir classic The Narrow Margin (1952) and gave Walt Disney his first live-action hit with the big-budget adaptation of 20,000 Leagues Under the Sea (1954). He spent much of the following decade oscillating between true-crime stories and sweeping adventures with films like The Girl on the Red Velvet Swing (1955), The Vikings (1958), Compulsion (1959) and Fantastic Voyage (1966). Eventually, expensive disappointments like Doctor Doolittle (1967) and Tora! Tora! Tora! (1970) began to weaken his once unshakable stature with the studios of the day. Fleischer’s later output was a mix of cult-favorite genre films and outright embarrassments, The New Centurions (1972), Soylent Green (1973), Mandingo (1975) and remake The Jazz Singer (1980) among them. Well known in the industry for his ability to deal with such difficult personalities as Kirk Douglas, Orson Welles and Rex Harrison, Fleischer related some of the juiciest tales in his 1993 autobiography, Just Tell Me When to Cry. While never a household name, Fleischer nonetheless oversaw some of the most enjoyable cinematic offerings of the 20th Century.

Mark McCray is an award-winning television writer who has been in the broadcasting industry for over 20 years. He has a passion for animation, TV programming strategy and comic books. McCray is also the author of The Best Saturdays of Our Lives, a book that chronicles the origins of competitive Saturday morning animated programming. In addition, McCray hosts The Best Saturdays of Our Lives podcast with Dan Klink. McCray has been interviewed on the podcasts Gilbert Gottfried’s Amazing Colossal Podcast and Drawn: The Story of Animation, and was a featured guest speaker at The SCAD AnimationFest giving an historical view of Saturday morning programming. Prior to his work as an author and podcaster, McCray was the senior manager of Programming Operations for Adult Swim overseeing Adult Swim’s on-air promotions and scheduling strategy. He also worked as a television programmer for Cartoon Network, and was a key member of the team that launched the Boomerang Network. Mark McCray resides in Powder Springs, Georgia with his family. Follow him on Twitter @MarkMcTBSOOL / www.tbsool.com.