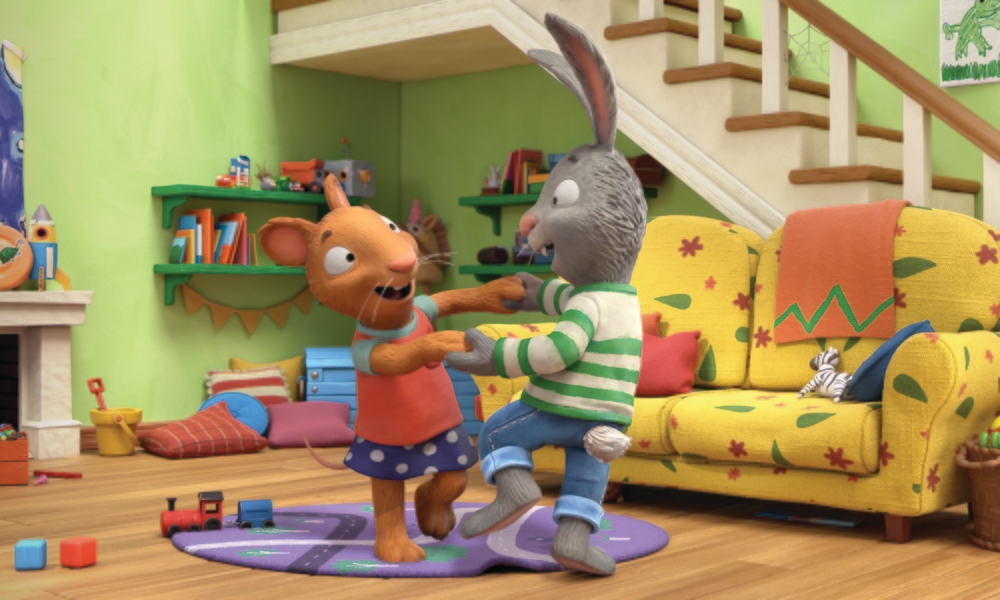 The charming friendship between a mouse and a rabbit is at the heart of the upcoming preschool series Pip and Posy. Based on the hugely popular books by Axel Scheffler, this 52 x 7-minute CG-animated show is produced by U.K.’s Magic Light Pictures and Blue Zoo animation studio. We had a chance to chat with the show’s Emmy- and Annecy prize-winning showrunner Jeroen Jaspaert (Stick Man, The Highway Rat) to find out more about this lovely new offering:

Animag: Can you tell us a little bit about how you got involved with this new show?

Jeroen Jaspaert: Having worked with Axel Scheffler for many years on our half-hour specials, we’d been aware of Pip and Posy since the first picture book release. We liked the characters a lot. They typified the appeal of Scheffler’s illustrations; these charming little animal characters, visually enticing stories and a lot of comedy sneaking onto the pages. It was the perfect inspiration for Magic Light’s very first TV series production. The company started to develop the project in 2017 initially working with long-time associates writer/director Max Lang (The Gruffalo, Zog, The Snail and the Whale) and writer/producer Suzanne Lang. Later in the year they were joined by Magic Light’s development producer, Vici King. 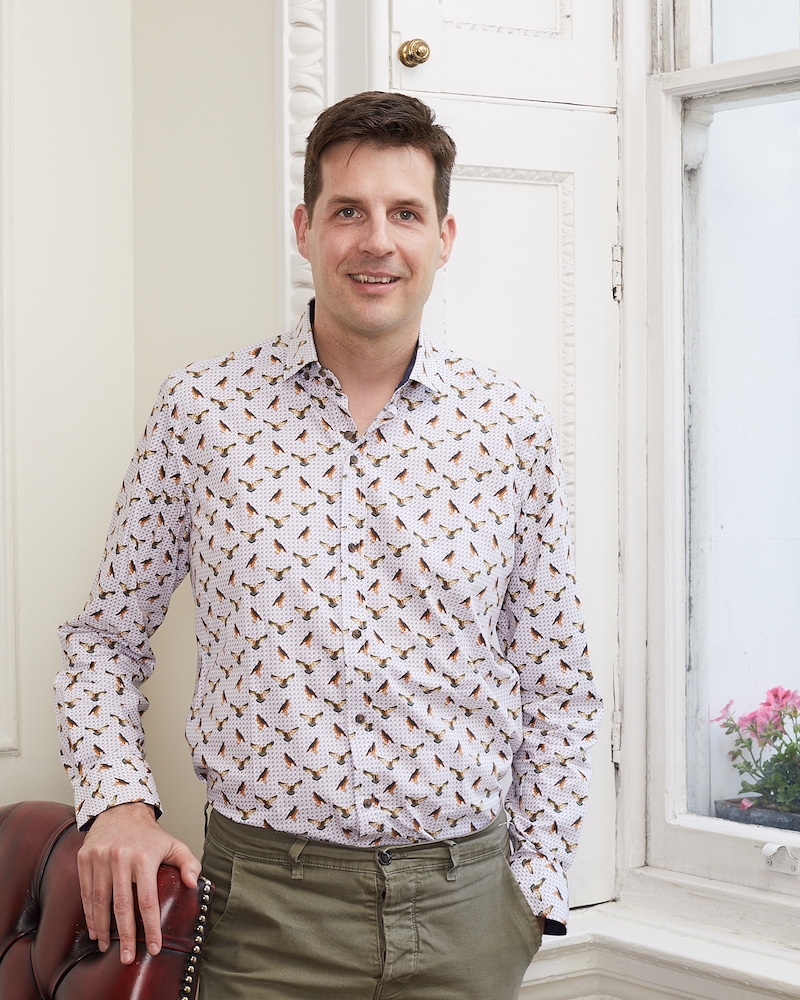 When did you actually start working on it and how many people work on the production?

I had been at Magic Light to direct Stick Man and The Highway Rat. It was a great experience working with them, so in 2018 I joined their animation development team. Initially I looked at various prospective projects, but as I had previous experience in preschool television, Pip and Posy instinctively felt like a natural match. Together with a few final scripts, this set out our vision for the series which met with a great response from the market. We were fortunate to get commissioned for 52 episodes by Milkshake, Sky Kids and ZDF. We are still writing the final scripts but have delivered the first batch of finished episodes for broadcast already. At the moment, we are at max capacity — we nearly have 100 people involved in this production.

Where is the animation produced? Which animation tools are used to produce it?

We did the original teaser with Blue Zoo animation studios. This was a great experience, as it quickly became clear to us they are a group of talented artists, who pride themselves in going beyond the expectations of preschool TV. They were the natural choice to produce the animation. We are working with Matt Tea as the series director, who has a great rapport with the whole team. The team at Blue Zoo is around 60 to 70 people strong. They use PanelForge for boarding, which is a great tool to combine animatics and pre-vis in one. The actual animation and lighting is done in Maya, comp in Nuke and Redshift for rendering. Adobe is used for design and editing. 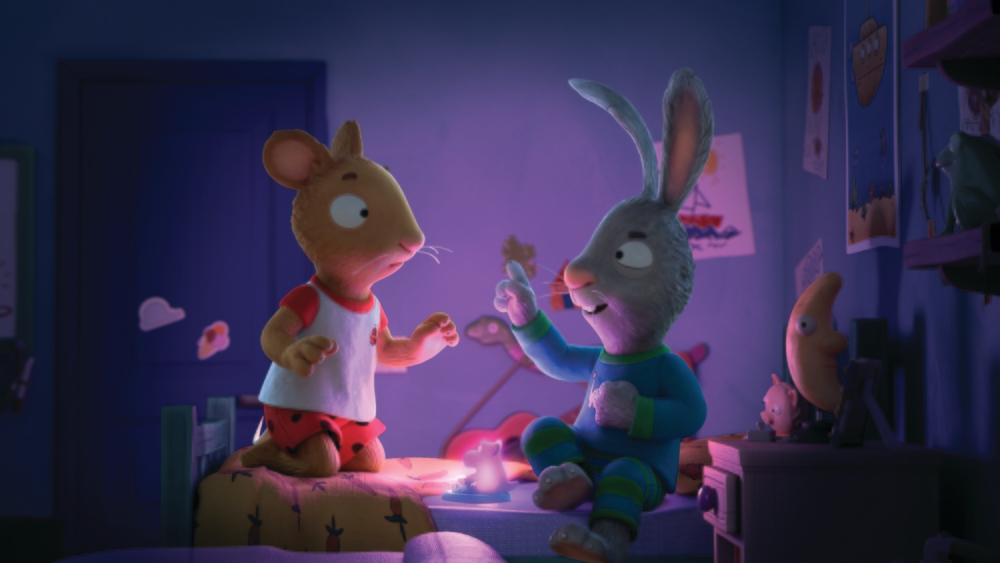 What makes this show stand out in the busy preschool landscape?

I personally like the naturalism of the series. Even if we have this talking bunny and mouse, I see them as real, engaging children. At every stage we have tried to reduce that cartoony and noisy elements you might normally associate with preschool TV. Instead, we have relied on the natural charm and humor that is part of real six-year olds’ lives. Our main angle of the show is friendship: We only created stories that revolved around a friendship-conflict, and then explored how Pip and Posy — with empathy, humor, positivity and resilience — attempt to resolve this. We don’t have adults in their world, so this means there’s no one to wag a finger, explain what they should do and when to apologize. Pip and Posy need to find these things out for themselves.

This is Magic Light’s first foray into the series landscape … what do you like about working in this format?

I like that we have the scope of 52 episodes to explore who these characters are. We have the flexibility to expand their world, dig into the nature of their friendship, and then create a lot of fun story ideas to play that out. The series format is definitely more relentless than the half-hour specials I was used to before, primarily because I like to give it that same stamp of quality. A series feels more like jumping on a conveyor belt that needs to run at a fast pace and isn’t allowed to stop at any time. But that’s where the fun is as well. I’m always amazed about what we get done on a weekly basis. 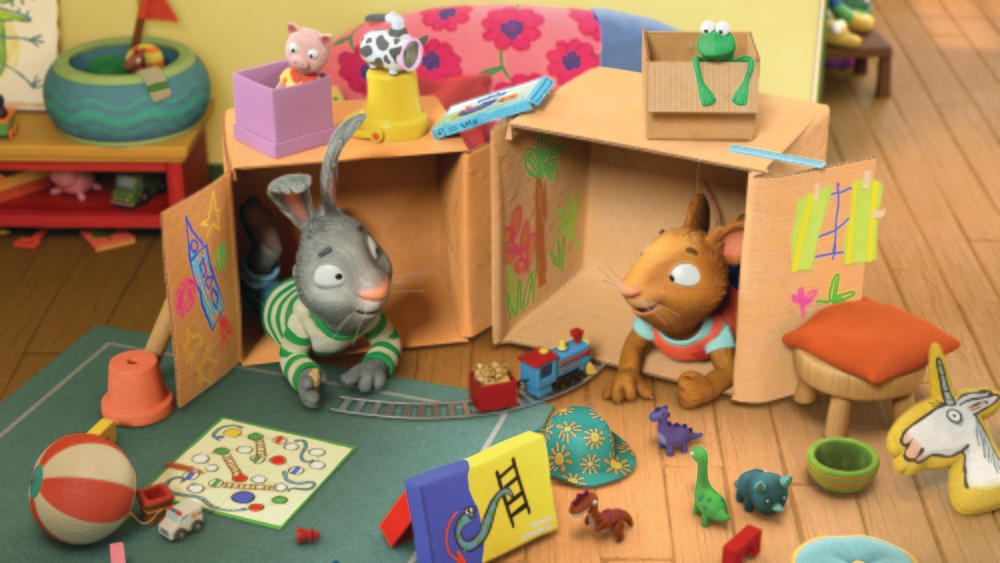 What were your biggest challenges in getting this show of the ground?

Surprise, surprise: the COVID pandemic. We hadn’t even been in production for three months when the first lockdown was called in the U.K. So, we all started working remotely. This had countless challenges. For instance, we were due to start recording voices without any access to facilities. We had to rely on our cast of children to record from home in makeshift duvet dens, whilst puppies were barking and parcels being delivered. It was an enjoyable chaos; we relied on their parents to install this professional sound equipment, the children’s unflappable enthusiasm and our voice director’s boundless energy on Zoom to keep things on track. It’s a testament to everyone’s resilience that our duvet den recordings are of the best quality, and currently broadcast on TV.

What do you love about Pip and Posy?

I’m very proud of this show. I love the stories, the characters and the whole tactile look of it. It’s such an inviting series, and has that irreverent, witty humor which makes it an enjoyable watch for preschoolers (and hopefully parents as well). What I love most is how an episode seems to get ‘plussed’ at every stage it goes through. We’ve had stories where we weren’t sure if we hit an emotional beat correctly, and then the animation department knocked that out of the park. And episodes where we felt the pace dropped a little, the music score suddenly made you long for more. So far, we haven’t had a single dull day … every week something happens I’m really proud of. 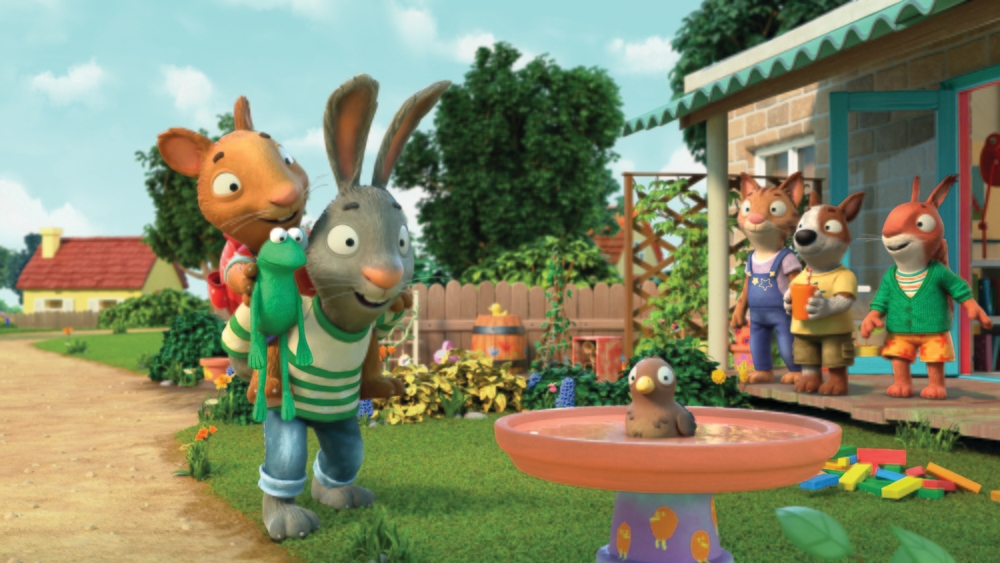 Which animated show or movie had the biggest impact on you?

Slightly embarrassing perhaps, but it might be Beauty and the Beast. I loved animation since I was a child, but never really questioned it. So, this was probably the first animated movie that made me understand there was an industry behind these pretty drawings. I remember seeing one of those ‘featurettes’ before the actual movie and was blown away at the skill and diligence. So, when I went to see Beauty and the Beast in the cinema, I vividly remember looking at it more from a ‘filmmaker’ point of view, pointing out “multiplane!” at every opportunity.

What’s your take on the children’s animation scene in 2021?

I’ve got a sense it’s a healthy time for animation. It definitely has proven itself as a solid industry in this difficult year we’ve had, having adapted easier to working remotely. Preschool animation by default has a target audience with an insatiable appetite. Ironically, it feels like there has been more appetite for new content than ever before. I hope that this thirst for content and the accessibility via new viewing platforms will result in a surge of quality, not just quantity. Our younger viewers deserve thoughtful, engaging, fun and intelligent programs, just like adults do.

What kind of advice can you offer newbies who want to get into the animation business?

My experience is that there is no clear path, and that you gradually venture towards the area you feel you can offer the most. And that might not be the field you originally set out for! I see the animation business as a very social industry. So, whenever possible, please don’t fall for the trap of sitting quietly with your headphones on. I always think it’s worth it to show more interest beyond the department you happen to find yourself in. Positivity and communication skills are very important in our industry, and I think that schools don’t always focus enough on that. So, show interest in others and make sure they find you interesting. Be confident of the things you’re good at, but never assume you’re the best at it.

Pip and Posy currently airs in the U.K. on Channel 5’s Milkshake and will debut on the Sky Kids on-demand service in May.