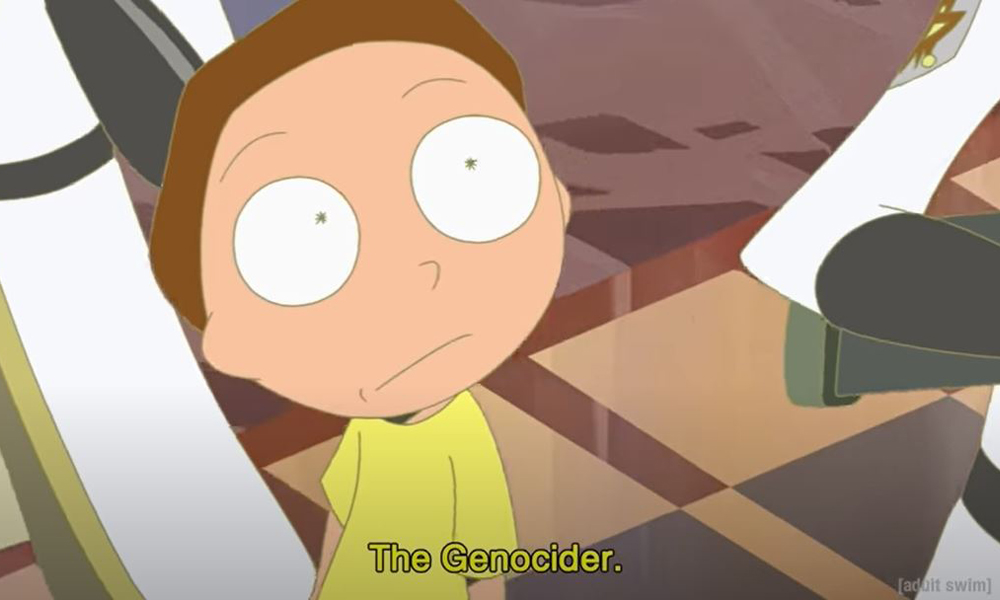 Rick and Morty vs. Genocider

With the simultaneous Comic-Con@Home and virtual Adult Swim Con seeking to raise animation fans to a fever pitch, Adult Swim dropped a teaser for the highly anticipated fifth season of chaotic hit comedy Rick and Morty, revealing rough footage of the contentious duo’s upcoming interdimensional adventures. A premiere date has yet to be revealed, however series co-creator Dan Harmon affirmed that the writers have moved on to scripting Season 6 and production continues despite coronavirus shutdowns.

A Japanese-language short with an anime aesthetic flair, Rick and Morty vs. Genocider, directed by Takashi Sano (Tower of God, Fire Emblem: Three Houses), also debuted over the weekend. The animated sidequest sends egotistic scientist Rick and his hapless grandon Morty off to Tokyo in on behalf of the Council of Ricks in search of a nefarious group known as “The Genocider.”

The short, produced by Sola Entertainment with animation by Telecom Animation Film (which are producing Tower of God for WEBTOON/Crunchyroll) has received nearly 3 million views as of Monday evening.