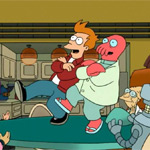 Syfy has long attempted to cultivate an audience of fans of cult and genre television, and they’ve done well by picking up the show that has spoken most clearly to that audience for many years: Futurama. Created by Matt Groening of The Simpsons fame as well as David X. Cohen back in 1999, the show will see all of its 140 episodes air on the Syfy channel alongside its regular lineup, thanks to a multi-year non-exclusive deal with 20th Century Fox.

The show is scheduled to begin its run on Syfy with a special programming event Saturday, November 11, before moving to 9PM/2AM ET slots on Mondays and Tuesdays, as well as Saturday mornings at 9AM/11AM ET.

“We’re continuing to invest heavily to give our passionate fans the very best in genre programming, and I can think of no better addition to Syfy’s lineup than one of my personal favorites, Futurama.”

The animated sci-fi sitcom depicts the life of Philip J. Fry, (Billy West) a pizza delivery guy who accidentally freezes himself and wakes up in the far future, where he has to cultivate a humdrum new existence as an interstellar deliveryman. His Planet Express coworkers include his best friend Bender (John DiMaggio) a selfish and foul mouthed robot, Leila (Katey Sagal) a feisty and competent cyclops, and his brilliantly absent minded employer/descendent, Professor Farnsworth (also Billy West). Their adventures combine character comedy with references to everything from Star Trek to Starship Troopers to Buck Rogers. The show’s references to sci-fi history and geek culture as well as its iconic cast of characters have earned it a rabid cult following.

Initially running on Fox from 1999-2003 before cancellation, renewed popularity on Adult Swim led to the creation of four straight-to-DVD movies, which in turn led to new seasons on Comedy Central in June 2010. In the past few months, the series has spawned a hit mobile game and spin-off “Radiorama” podcast. Over the years Futurama has earned six Emmys, seven Annies, two Environmental Media Awards, and two WGA awards. 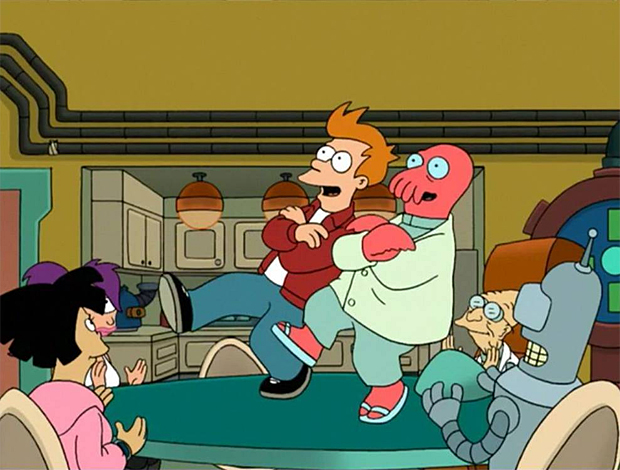