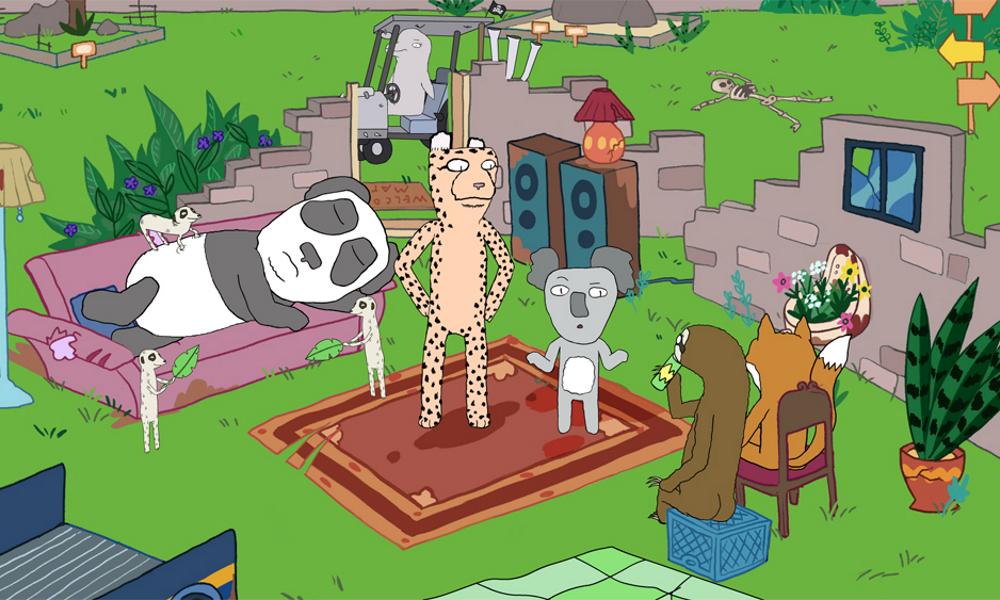 The channel is ordering a second season of its previously licensed offering Hell Den, which will debut a new 6 x 15′ package as an original series — Syfy did the same with Magical Girl Friendship Squad back in January (new episodes coming this summer). Previously announced pilot Wild Life has been ordered to series, and Devil May Care is being joined by two new pilots under consideration: Plutonians (working title) and Psycho Psalms. TZGZ has also acquired Dr. Havoc’s Diary (30 x 6′), debuting Saturday.

TZGZ launched in November 2019 as a 90-minute adult animation block of acquired series anchored by Futurama reruns. Thanks to solid ratings and a growing audience among young males, Syfy started adding original projects in January. The block has continued to grow, upping its time slot 13% with viewers 18-49 over prior year averages.

Hell Den Season 2 (Series Order – 6 x 15′): After an Uber-Apocalypse wipes out civilization, only one person miraculously survives: 12-year-old Andrew. With the last working TV and VCR in existence, he invites a motley group of apocalyptic creatures into his house to watch weird cartoons and old movies. Hell Den combines original animation of our characters with old live-action and animated clips re-dubbed by the Dr. God troupe in this new, unique, and very warped twist on sketch comedy.

Wild Life (Series Greenlight, pilot + 5 x 15′): A show about animal friends just trying to stay alive after the apocalypse. Together, they come up with elaborate schemes to entertain themselves and pretty much just keep from going insane.

Dr. Havoc’s Diary (Series Acquisition, 30 x 6′): A stop-motion series that tracks the daily deeds of Dr. Darren Havoc, a mid-level supervillain, whose attempts at world domination are always thwarted, not only by the usual suspects of superheroes and super-spies — but by an ever-intensifying midlife crisis and dysfunctional family life.

Plutonians (WT) (Pilot Order, 15 min.): The Interplanetary Federation has conferred and it’s official: Pluto is no longer a planet. The Plutonians are now determined to rebrand their image and prove themselves to the other planetary beings of the solar system – with the exception of Earth, who are notorious bullies and can’t find out about alien life.

Psycho Psalms (Pilot Order, 15 min.): A stop-motion dark comedy following 1940s D-List cartoon character Timecrow and his misfit costars, as they attempt to navigate our postmodern internet hellscape after being yanked through a portal to our present day. These offbeat characters will take you to a dark place, but they won’t leave you there.

Produced by Open the Portal and Jacob Robinson (Tractor Pants).