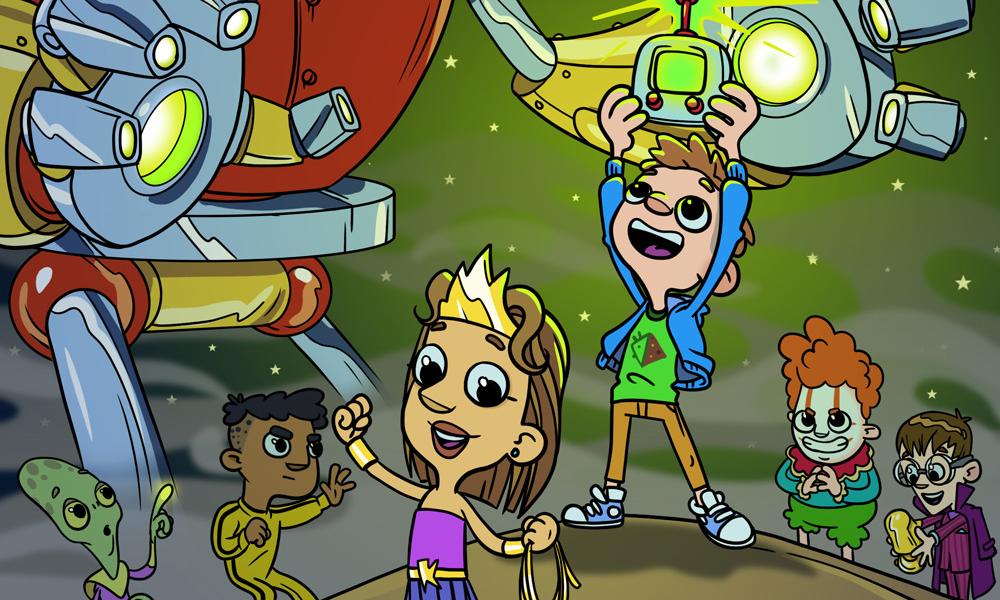 Pete Denomme, Executive Producer and CEO of Switch Animation, announced Tuesday the formation of a partnership with Aron Dunn of Treason Media to bring The World According to Dave series, written and developed by Dunn, to animated life. Jyotirmoy Saha of August Media will also join the production after a successful relationship with Switch on George of the Jungle.

In The World According to Dave, an overly-imaginative 11-year old finds an alien device called the Imagin-Atrix that brings his wildest daydreams to life. Now this pop-culture obsessed kid and his friends take adventures through their favorite comics, video games, movies and more. Each time Dave rewrites the world he faces a new challenge that he must overcome in order to reset the Imagin-Atrix. Reality is never going to be the same again.

The reality-bending adventures of Dave and his friends will leap off the page as a result of this newly announced partnership between Switch Animation and Treason Media.

“It is indeed a pleasure to be working with Aron once again on this uniquely creative animated comedy concept,” said Denomme.

“After recently working with Pete and the team at Switch Animation on a short film, I knew they were a perfect partner for Dave,” explained Dunn. “I’m thrilled that they want to be part of this riotous celebration of imagination. Pete’s team of amazing artists will render an eye-popping world that I’m sure audiences will want to leap into and join Dave on his adventures.”

This production is based on an idea by author Sylvia Medina and will be supported by David Wollos, co-founder of Think Tank Emporium.

Pete Denomme is CEO/EP of award winning, artist owned, boutique studio Switch VFX & Animation. Recent credits include Altered Carbon (Netflix), The Expanse (Amazon Prime), feature film Jigsaw, animated short Zoua and fan favorite George of the Jungle (Teletoon), with upcoming projects including The Perfect Project, an animated short where a young boy’s autism is portrayed as his superpower. Denomme also seeks to inspire the next generation of digital artists through investment in the education platform The Animation Lounge and industry scholarships at five Canadian colleges. He is a member of the Academy of Canadian Cinema and Television, Visual Effects Society, Computer Animation Studios of Ontario, National Academy of Media Arts & Sciences and the Alliance for Children and Television.

An industry vet with nearly two decades of experience, Creative Producer/Writer Aron Dunn leads his merry band of rebels on their campaign of creativity at Treason Media. He has worked with Netflix, Disney XD, Nickelodeon, Teletoon, YTV, Treehouse, KiKA and CBC Kids over the course of his career. He has also contributed scripts to numerous animated comedy series, including Cupcake & Dino, Super Wings, Chuck Chicken, Rusty Rivets, Pocoyo, Camp Lakebottom, Justin Time, Trucktown and The Insectibles. Prior to founding Treason Media, Dunn held senior development roles with some of Canada’s most prolific and acclaimed producers, including Breakthrough Entertainment and Portfolio Entertainment. 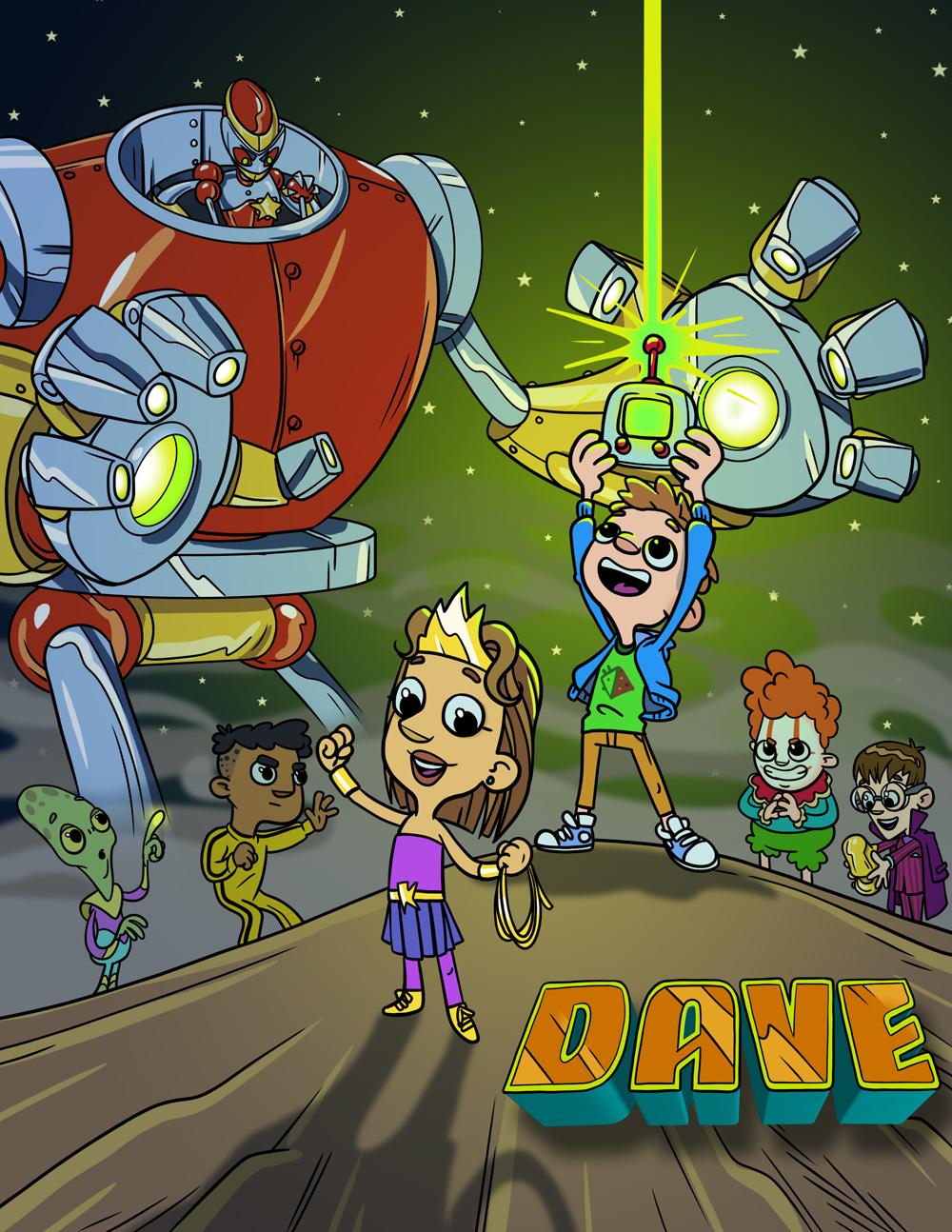 You may also like...
Related Topics:Aron Dunn, featured, Switch, The World According to Dave
Geographic Region:North America

Amazon Games Fires Up Free-to-Play ‘Crucible’ on May 20
Hey, Let’s Go! Ghibli Museum Opens to the World with Virtual Tours