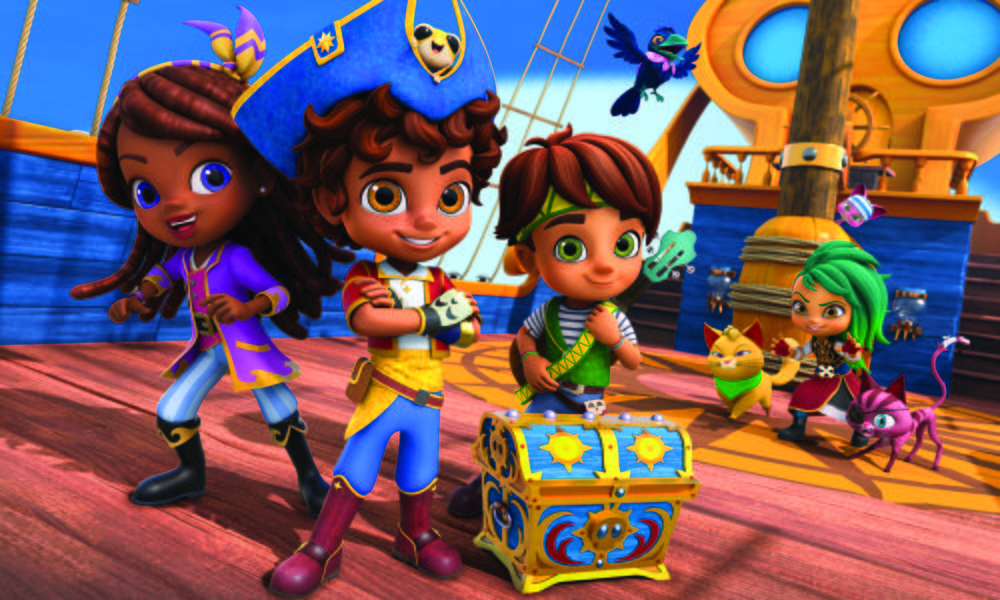 Ahoy, amigos. Get ready for a new swashbuckling hero as Nickelodeon’s new animated show Santiago of the Seas sets sail this month. Created by Niki López, along with Leslie Valdes and Valerie Walsh Valdes (the husband-and-wife team behind Dora the Explorer), the colorful show follows the adventures of eight-year-old Santiago Montes (voiced by Kevin Chacon), a kind and brave junior pirate who searches for treasures along with his friends. Of course, he also has to keep his Caribbean world safe from villains like Bonnie Bones (Kyndra Sanchez) and his Palm Crow sidekick Sir Butterscotch (John Leguizamo).

The origins of Santiago of the Seas go back several years, when Nickelodeon paired López with the Valdeses to develop the show, which highlights Spanish language and a Latino-Caribbean culture curriculum. López, who was one of Animation Magazine’s Rising Stars of 2020, says she is very pleased that her labor of love is finally making its debut. “I feel very lucky as a woman of color to have had this opportunity to have a project that is so authentically tied to my own background,” says the talented artist who was born and raised in San Juan, Puerto Rico. “We need more women and people of color to share their worlds, and I think it’s exciting for the audience who share that background to see themselves and their culture represented in animation.” 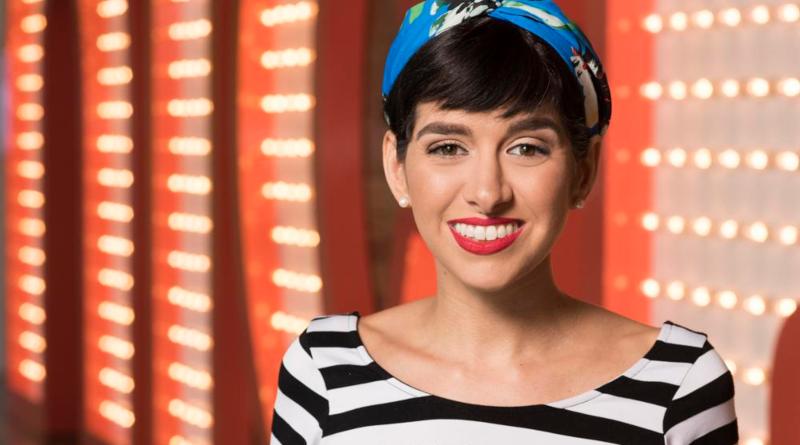 The Valdeses also emphasize the value of creating a positive role model for young audiences. “When you create a hero for preschoolers, it’s a huge responsibility,” says Valerie Walsh Valdes. “You want them to develop an attachment to the characters. Kids can see our hero Santi as their best friend or a mirror of themselves, which is something everyone wants today. He is brave, but kind, and has many prosocial traits and empowers kids to do good in the world.”

Leslie Valdes echoes his wife. “We have created some dynamic and unique characters, and each one of them is very distinct and individualistic,” he says. “We never patronize our audience and have these positive, aspirational characters. The most special aspect of this show is that we have these wonderful Latino and Caribbean characters and a voice cast that is really enveloped in that culture and storytelling. I have worked on shows before that we’ve had only one Latino character, and it’s not really about the culture. On Santiago, we have code-switching and characters transition easily from English to Spanish, and it’s not a big deal. It’s a very germane way to present the culture.” 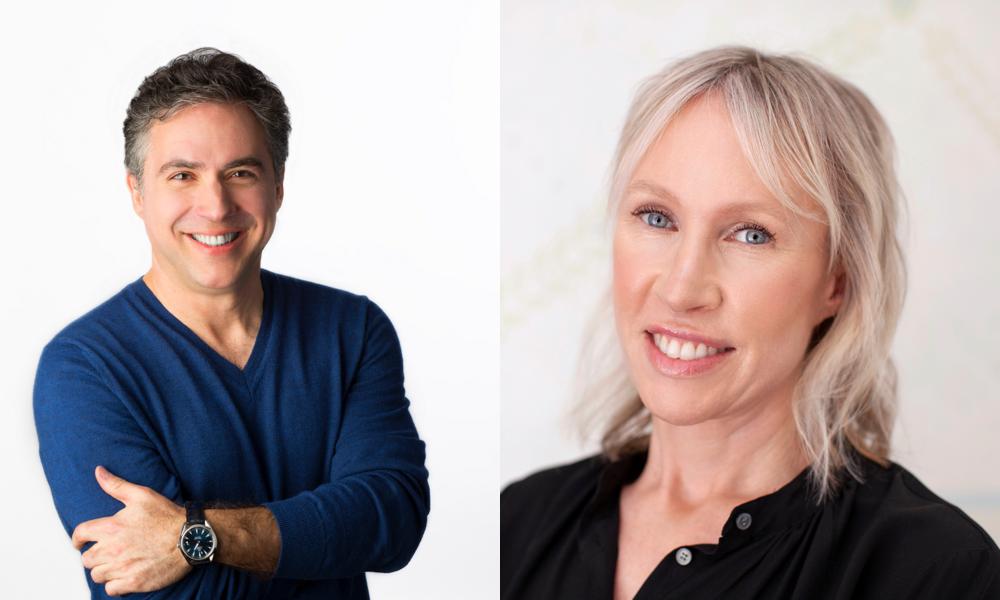 While López is based in Los Angeles, the Valdeses work from their home in New York, and the animation is split between Nickelodeon’s Burbank studio and Malaysian studio Lemon Sky. The CG animation is done in Maya and composited with Nuke. The visuals were inspired by a variety of sources, including some of Lopez’s favorite anime shows, such as Sailor Moon and the works of Rumiko Takahashi.

“You can definitely notice the anime inspiration — the bigger eyes and the expressive characters and mannerisms,” says López, who began her career as an intern at Nickelodeon and worked on shows such as The Fairly OddParents and Kung Fu Panda: Legends of Awesomeness.

“We wanted to explore a few things and didn’t want the characters to feel like stiff, plastic toys. The backgrounds are not hyper realistic, and something about the way the buildings and the skies and clouds look has a little bit of an edge to it. I love the way our partner studio Lemon Sky worked with us. The culture within that studio is so collaborative and energetic. I had the opportunity to visit the studio, and they were such wonderful, compassionate people, and so excited about the project. They truly bumped up the quality tenfold.” 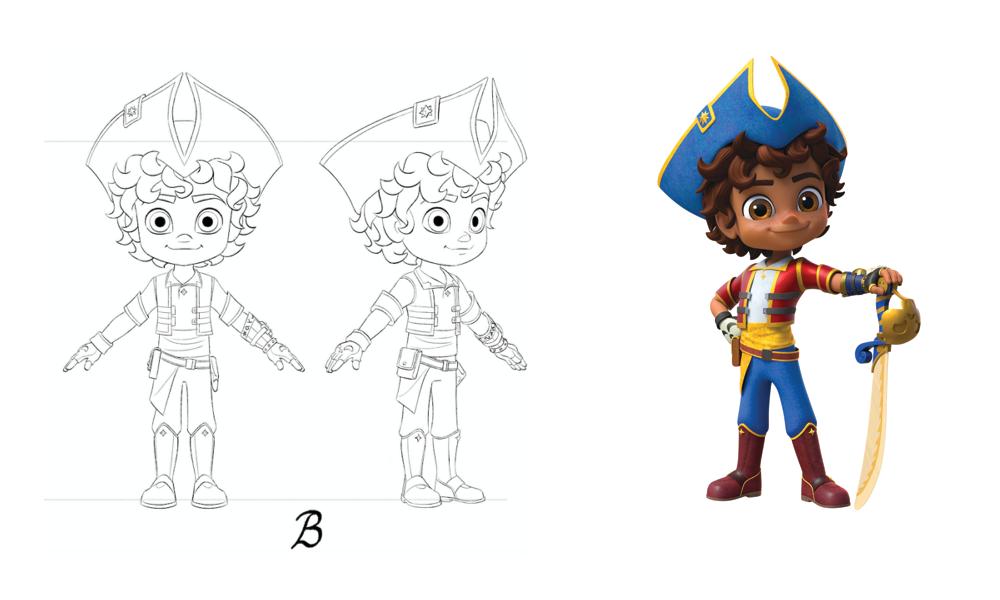 The show’s writers are based both in New York and Los Angeles, and the voice recording is done in New York City. As the creators explain, post-COVID, everyone is pretty much used to working remotely from their homes. “We had the same model for Dora the Explorer, which used a writers’ room as well as freelancers. We gave the freelancers multiple episodes in order to immerse everyone in the world of Santiago. We have been working virtually from our homes for a very long time, even before the pandemic,” says Valerie.

Leslie notes, “I think it’s the best work we have done and that the show is really emotionally involving. The artists have really captured the spectrum of skin tones on the characters, and it’s truly beautiful. Growing up, I didn’t see that in live action or animation.”

According to the Valdeses, the show’s comedic tone is also a huge asset. “John Leguizamo is wonderful as Sir Butterscotch, and the way they’ve animated that character is hilarious,” says Valerie. “I really think our comic villainess Bonnie Bones is a standout, too. Because we are dealing with a preschool audience, we don’t want to alienate or scare them, but we were so relieved when our test audiences were captivated by the villains.” 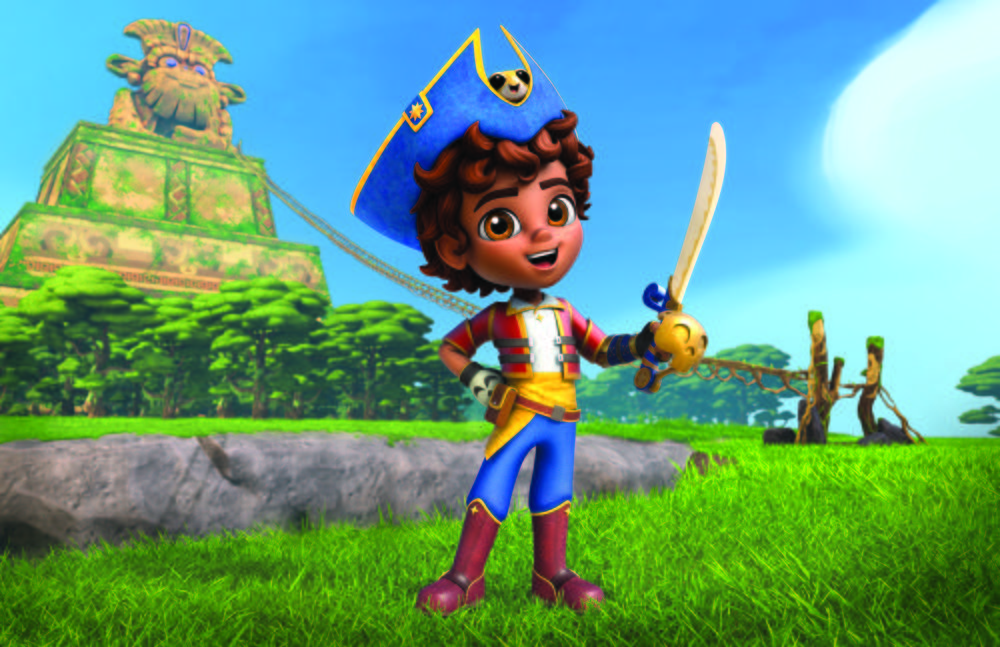 Leslie adds, “Dora was a very different kind of show and had a gentle pace. We were aiming for a more energetic pace, something with dramatic high and low points. You can also lose kids if the action isn’t displayed and visualized clearly. We were so pleased to see how everything came together so beautifully. Animation is a marathon, and not a sprint. We had lots of twists and turns and challenges along the way, but in the end, it’s so great to see the vision that we had talked about over three years ago realized.”

López says she hopes young viewers will be inspired by Santiago’s engaging adventures. “I hope they all feel that they are tagging along with Santi and his friends. I want them to see that kindness is a strength and not a weakness and that they come away with a sense of community. That they learn that they should be looking after each other and always try to do what’s right. I also want the show to fill them up with energy, like a shot of adrenalin. So, they tell their parents, ‘Hey, I’m going to play with Santiago!’”

Santiago of the Seas premieres on October 9 at 12:30 p.m. on Nickelodeon. 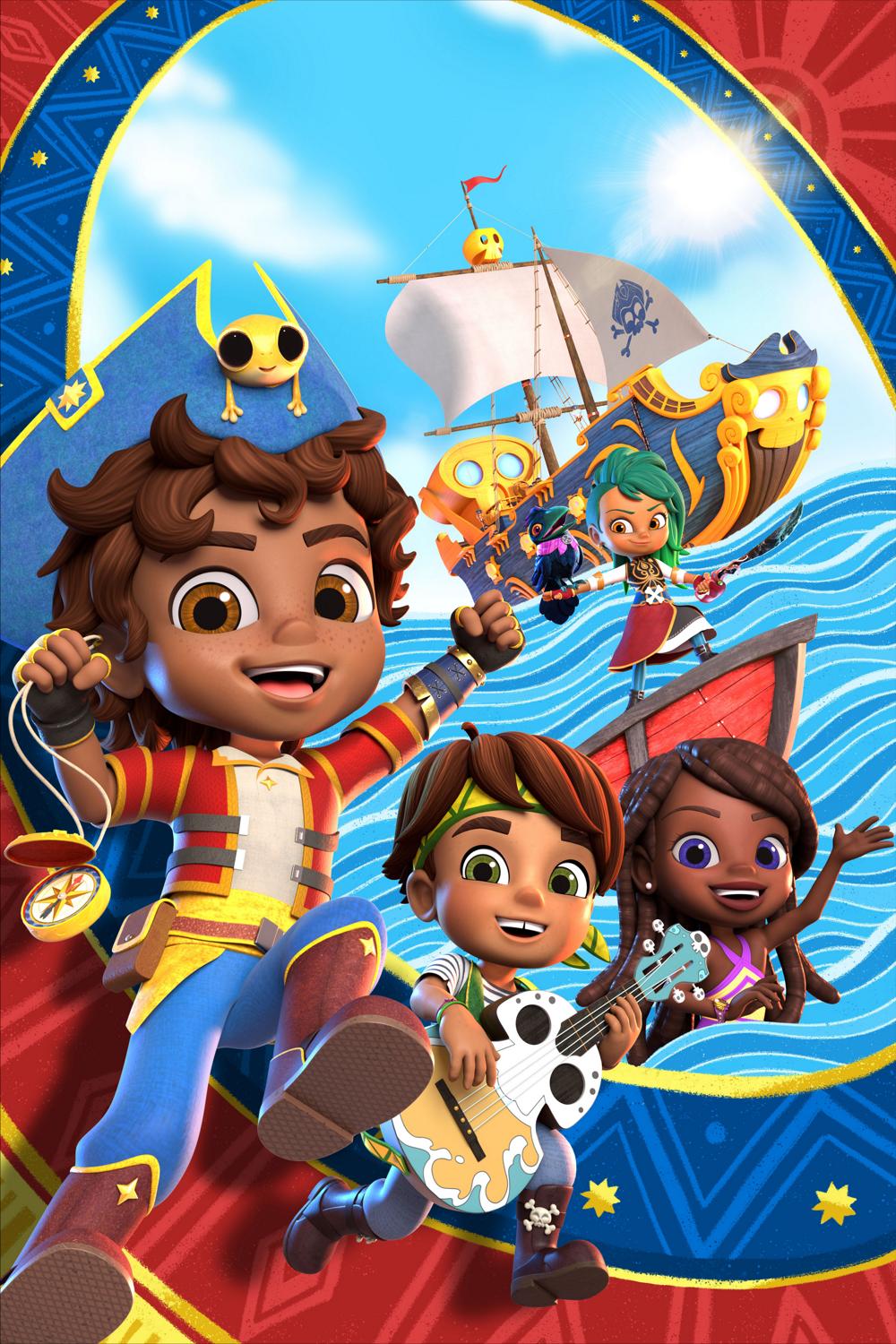