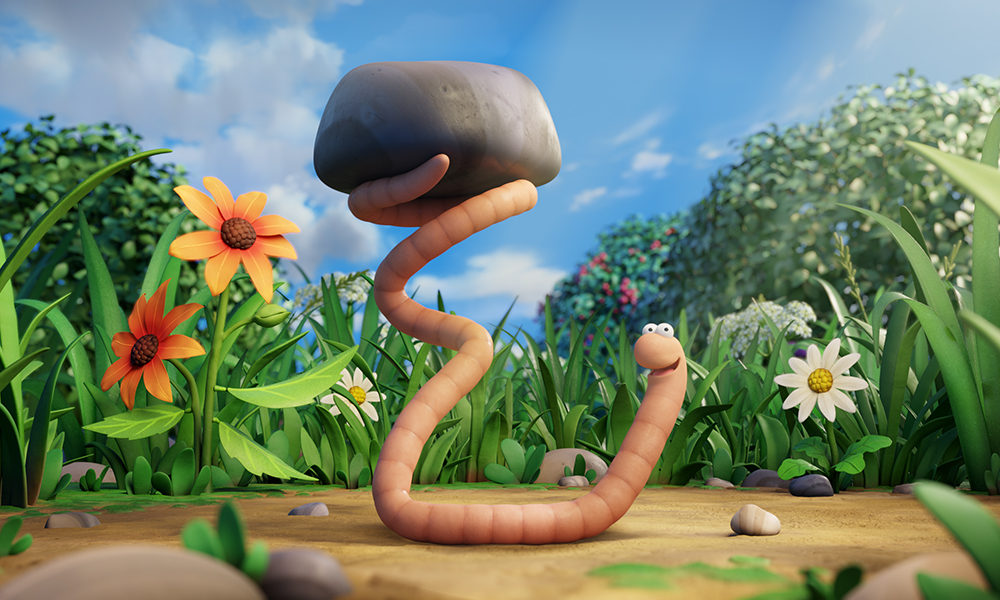 It wouldn’t be a proper holiday season without another charming animated special by the team at Magic Light Pictures and the BBC. This year’s heart-warming project, Superworm is based on Julia Donaldson and Axel Scheffler’s popular 2012 children’s book and is directed by Sarah Scrimgeour (Big Game) and Jac Hamman (animation supervisor, Zog) from a script by Max Lang and Suzanne Lang (The Snail and the Whale). 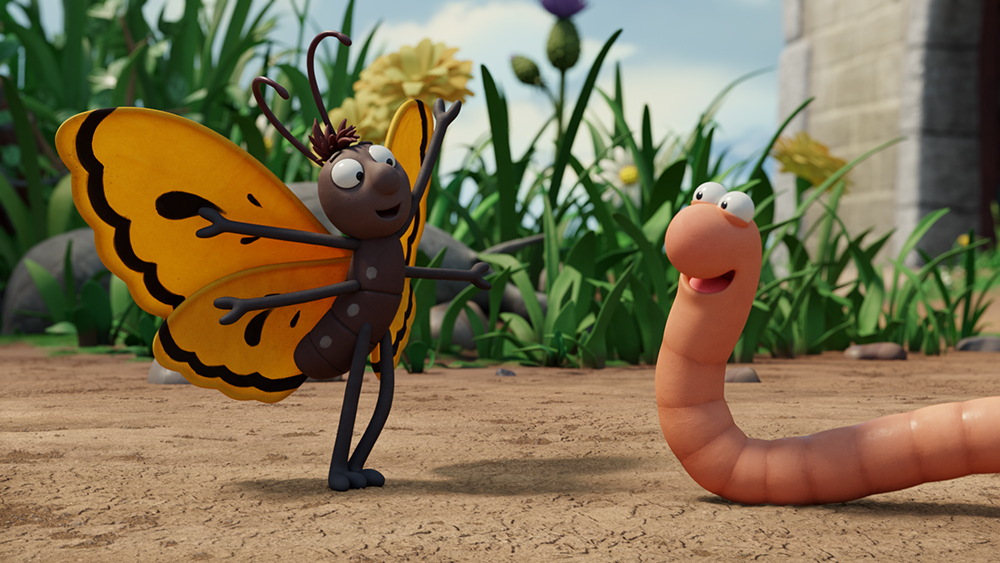 Featuring a terrific voice cast that includes Matt Smith,  Patricia Allison, Rob Brydon, Kobna Holdbrook-Smith and Olivia Colman as the narrator, Superworm centers on a super-long and super-strong hero who is always on hand to help out others. Although his best friend Butterfly always helps him out, Superworm is too quick to take credit for everything. Things change one day when Butterfly has to come to Superworm’s rescue after the evil Wizard Lizard and his servant Crow hatch a plan to kidnap him.

Both of the project’s directors had a long history with Magic Light Pictures and producers Martin Pope and Michael Rose, having worked on their specials since 2015’s Stick Man. “After wrapping on The Snail and the Whale at the end of 2019, we spent a few days with some of the team relaxing in the South African bushveld,” recalls Scrimgeour. “It was there that Martin and  Michael of Magic Light Pictures offered us the role. Quite a setting to take in the big news. Had we known that it was coming, we may have gone easier on Michael during our tense, after-dinner board game encounters.” 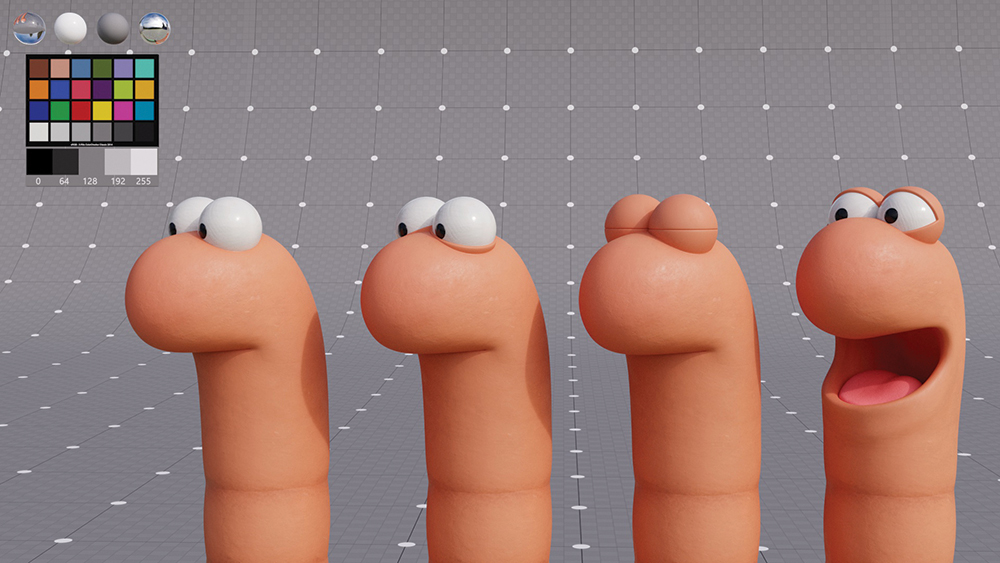 The directors were easily drawn to Donaldson and Scheffler’s tale because it was an adventure comedy where the protagonist is an earthworm with a hero complex. “We also loved the idea of creating the macro-level garden world in which it’s set, with its diverse supporting cast of weird and wonderful garden critters,” notes Hamman. “Along with the text, Axel’s illustrations provide rich inspiration and a great jumping off point when designing the look of the film and implementing the charming handmade aesthetic of the Magic Light Pictures specials.”

The show’s animation was produced by Blue Zoo Animation and Magic Light in London, with a remote team spread across the U.K., with some based in Europe and some even located in Montreal, Canada and Cape Town, South Africa. Storyboarding and pre-production kicked off in April of 2020 and production started in September that year. The project wrapped up post in London in November — about 19 months from start to finish. More than a 100 people worked on the special, including the cast, production and post crew. Maya was the main animation software. The team also used ZBrush, Substance and Redshift for asset and shader development, Nuke for compositing.

“Working remotely with a large team has been quite a challenge — and one we’re sure everyone in this industry has felt the effects of in some shape or form over the last two years,” says Scrimgeour. “Time zone differences meant that some artists were finishing up their work day while others were drinking their morning coffee. There’s a degree of communication and creativity that’s difficult to replicate when you’re not in the same room as someone. We’ve obviously been in continuous contact with Martin and Barney [Goodland] at Magic Light, and the team at Blue Zoo did a stellar job of adapting to operating completely remotely and creating an online environment conducive to creative collaboration.”

When asked about the global appeal of these Magic Light specials, the directors give a lot of credit to the unique charm of the source material. “Julia Donaldson and Axel Scheffler’s books have a unique charm,” says Scrimgeour. “They are about adventures that are taken on by unlikely (often little) heroes. The characters are familiar but weird, comical but charming. The stories aren’t typical fairy tales wrapped with a neat bow. They’re quirky and imperfect, which makes them relatable and fun to interpret into 3D. They are an absolute joy to adapt and the process of developing the stories with Magic Light is a rewarding experience as we expand the story, ensure the characters remain believable and bring the page to life. There’s so much life to draw from and we often stumble upon new details in the illustrations each time we flip through the pages. It’s also fantastic that the films have such an engaged audience, and knowing that they’re going to be seen by families around the world.”

The directors also are quick to praise veteran animator James Baxter and cite him as one of their heroes. “He happened to give a talk at Blue Zoo while we were working on the film, which was amazing,” recalls Hamman. “Peter Lord and Nick Park are icons in the stop-motion industry and we looked at a number of the Aardman films while searching for good stop-motion references. Satoshi Kon and Mamoru Oshii are up there as well for their use of naturalism mixed with stylization. We would be remiss if we didn’t mention Wes Anderson and Robert Yeoman for their eccentric and distinct visual and narrative styles, which had a big influence on our approach.” 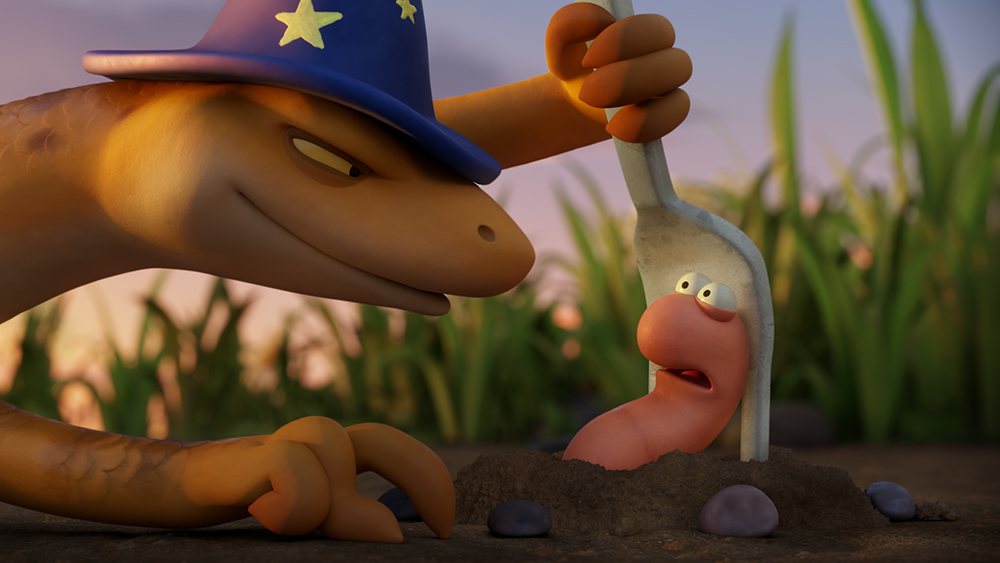 As audiences in the U.K. mark their calendars for Superworm’s debut this month, the first-time directors say they are super proud of how the team stepped up and poured their talent and energy into this holiday offering. “Despite all the hurdles of remote working and global uncertainty, everyone continued to show up day after day and give it their all,” says Hamman. “It’s a true privilege to have been able to work with such a brilliant bunch of people on this show.”

Adds Scrimgeour, “The misconception that we had going into this as first-time directors is thinking that we needed to have all the answers upfront. We learnt that the film is born through the process and that one doesn’t need to micromanage every single aspect, but can rely on the expertise and artistry of the team. The contributions made by each artist ultimately elevated the final product by virtue of the process itself.” 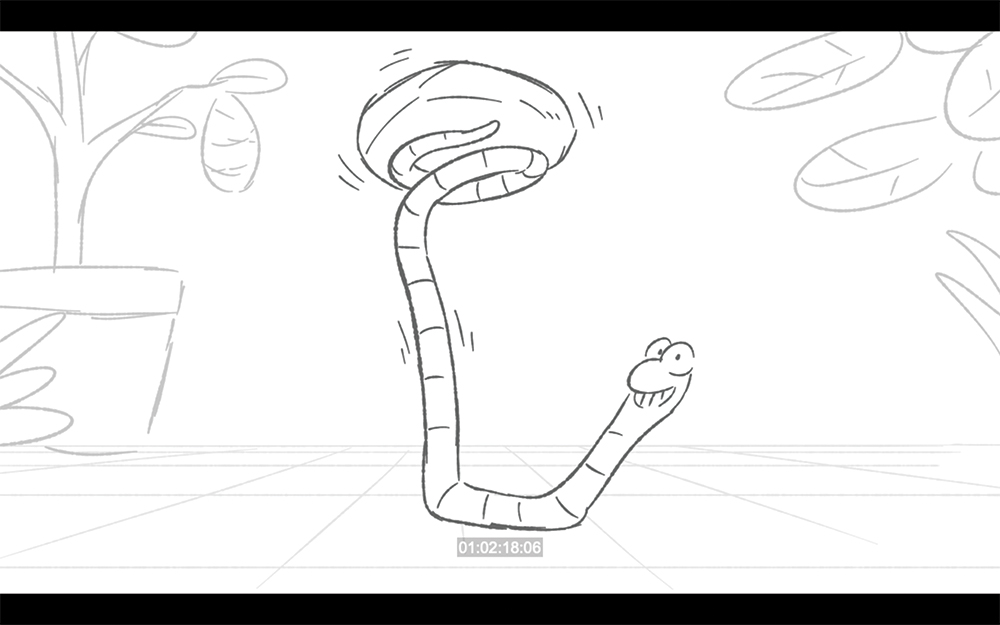 She concludes, “The big realization is how much support we actually had from the studio, the artists, as well as the mentorship from our producers, Martin Pope and Barney Goodland, at Magic Light Pictures. We were reminded of what a massive collaborative effort making one of these films is … which is not unlike the lesson that Superworm learns!”

Superworm premieres on BBC One on Christmas Day (Dec. 25) at 2:30 p.m., available to stream on iPlayer the same day.