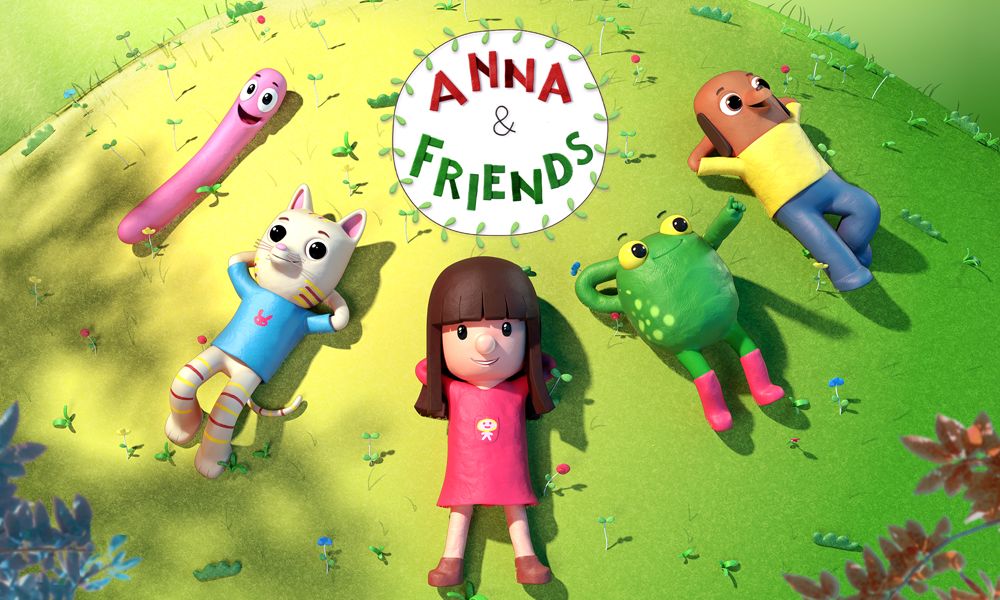 Superprod Animation (France) and Atmosphere Media (Germany) have started production of Anna & Friends, a 78 x 7′ preschool series based on the books by Anouk Ricard. The show’s French broadcast partner is France Télévisions, discussions with other broadcast partners are ongoing.

“Anna and her friends transcend daily life to offer us a world expertly crafted with immense originality and creativity,” commented Christine Reinaudo, Head of Hybrid Programs & New Formats for Kids, France Télévisions. “Genuine camaraderie bonds the characters despite their differences. They cooperate by using intelligence and determination to resolve any problems that come their way! This series expertly expresses the learning process that reinforces the social bond of children from the age of three.”

Anna & Friends is produced in innovative CG animation techniques simulating a charming hand-modeled clay look. The series centers on six-year-old Anna and her gang of friends, including impatient Froga the frog, Ron the thoughtful cat, overly confident Bubu the dog and naïve Christopher the orange worm. The series follows the hybrid gang in their daily adventures with each of the engaging storylines bursting with heart, humor and happiness.

Production is underway at Superprod’s studios in France and Digital Graphics Animation, Atmosphere Media’s sister company in Belgium which is also a co-producer. Delivery will begin in Fall 2021.

“We are delighted to begin this new production with France Télévisions and our partners Digital Graphics and Atmosphere. We are very proud of this series and its unique look. Anna & Friends is full of humor and tenderness and its characters are so endearing,” said Superprod Group founders Clément Calvet and Jérémie Fajner.

Anna & Friends is based on the comic-book series Anna and Froga by French author, artist & stop-motion animator Ricard. The books are published in more than 10 languages, including French, German, English, Spanish, Italian, Swedish and Chinese.