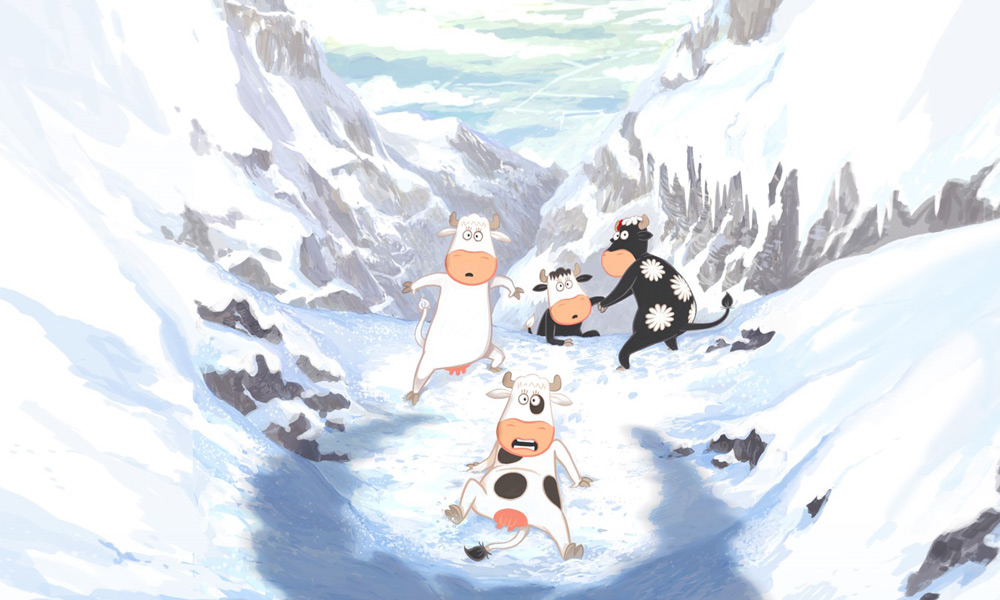 Superights recently acquired the distribution rights to the second animated opus of The Horn Quartet: “Up to the Mountain.” Both specials are produced by Vivement Lundi!, whose latest project was highly acclaimed at Cartoon Forum in Toulouse. The distributor has already secured sales to Canadian national broadcaster Télé-Québec, Irish channel TG4 and Chinese distributor WeKids.

“Up to the Mountain” follows the story of the four cows, Clarisse, Marguerite, Aglaé and Rosine, who set off on new and exciting adventures in the mountains after discovering the sea in The Horn Quartet: “Cow Trip to the Sea”. When they learn that their friend JB the ram has disappeared into a snow-covered peak, the heroines decide to go in search of him and save him from the terrifying Belêbelêê…

The first special, “Cow Trip to the Sea,” has been picked up by national broadcasters VRT (Belgium), TG4 (Ireland), RTS (Switzerland) and Télé-Québec (Canada) as well by the Thai pay TV channel TrueVisions and Chinese distributor WeKids.

The acquisition and subsequent deals for The Horn Quartet are in line with Superights’ strategy to expand its catalogue with premium specials acquired from the best European producers. New acquisitions are being finalized, and will be announced soon.