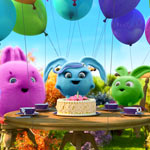 London-based Media I.M. has inked a significant deal for its animated hit Sunny Bunnies, which will send the delightful little critters bouncing to Discover Kids in India. The three-year agreement covers pay TV, simulcast and catch-up rights for seasons one and two (53 x 3’30”) starting this november. Aimed at kids 4-7, the non-dialogue comedy is produced by Digital Light Studio (Belarus), and has now come to air in more than 160 territories.

Uttam Pal Singh, Head  of Discovery Kids for Discovery Communications India, said, ‘’We are dedicated to offering differentiated content like Sunny Bunnies and proud to be a part of the world premiere of this unique comedy series. This fascinatingly crafted short format series and the mischievous characters, has all the elements to captivate and engage with the kids in India.”

Media I.M. co-founder Maria Ufland added: “Introducing Sunny Bunnies to Indian kids has long been an ambition, and Discovery is the dream partner to launch our little friends on their Indian adventure. India is not only one of the biggest, most vibrant and exciting markets in the world but it’s also an extremely challenging one to break into, which makes this deal a genuine milestone for Media I.M. And we know Indian children will love this show as much as their counterparts around the world.”

Another major advancement has been made in Latin America, where Brazilian SVOD app PlayKids has picked up season 1. The first season has also been acquired in the UK, by the KidsCast SVOD platform.

Media I.M. co-founder Irina Nazarenko said: “With its focus on helping children to develop through learning and laughter, PlayKids is the perfect home for the Bunnies. At the last count, the app had been downloaded more than 17 million times in Brazil alone. The platform also has around three million active users and 150,000-plus subscribers. So far, Sunny Bunnies has only been available in Brazil on YouTube, so this partnership with PlayKids is sure to boost the show’s reach and impact in a territory that, like India, is a priority market for Media I.M.”

The latest deals follow the announcement in October that the first European licensing partner for Sunny Bunnies had been found in TF1 Licenses, which will manage the key L&M categories in France and French-speaking Europe. The brand was previously taken on by Evolution for North America, covering children’s apparel, accessories, publishing, toys and food.

The Sunny Bunnies are five beaming balls that can pop up wherever there is a source of light, bringing their cheeky brand of fun and games to diverse locations to spread laughter and happiness. Each episode is capped by a collection of animated “bloopers.” 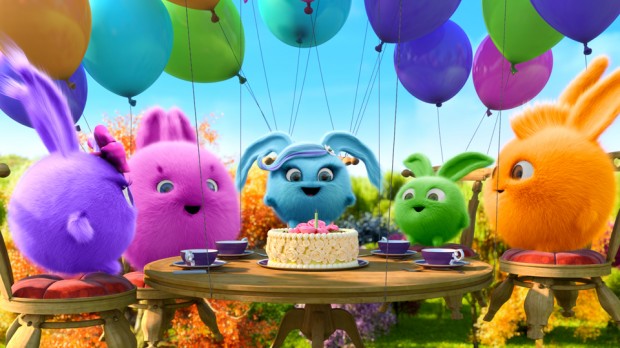