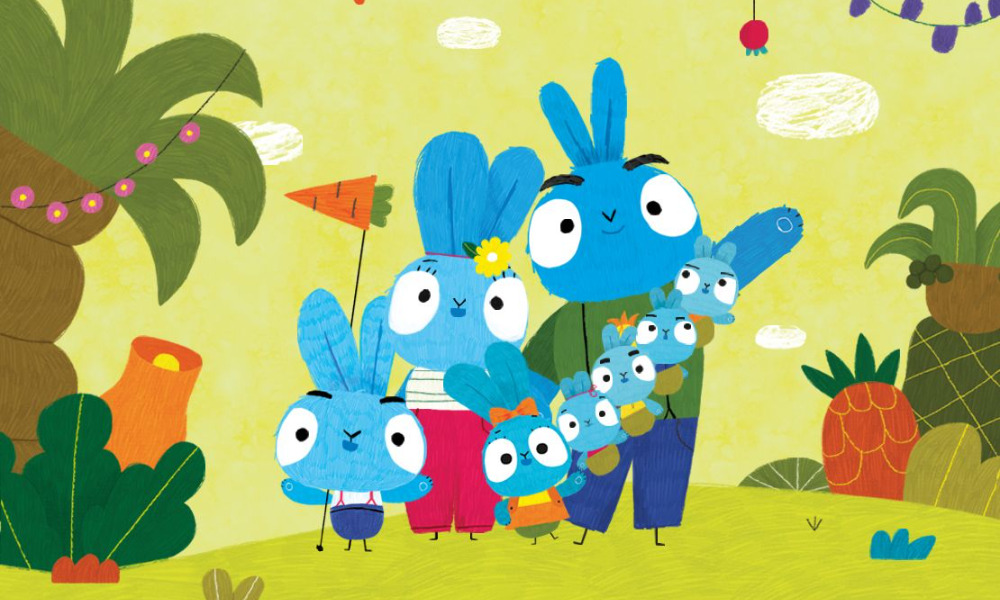 Glowberry's Brave Bunny is among the shows that will be available on Sunflower TV.

A wide collection of animated TV shows made for children will be available on Sunflower TV, a free YouTube channel devoted to Ukrainian kids displaced from their homes. Mattel, Nickelodeon, Sky and BBC are among several companies offering their shows for this helpful effort, which will launch on July 11th.

The channel has put together about 200 hours of content created for preschoolers and six to 11s. Close to 50 dubbed episodes from shows such as Peppa Pig, Thomas & Friends, Mr. Bean: The Animated Series, Jojo and Gran Gran and Go Jetters will be available at launch. The streamer will also offer Ukrainian show as such as Glowberry’s Brave Bunnies (52 x seven minutes) and Film. UA’s Eskimo Girl.

Sunflower TV continues to add content to its lineup. Producers can can reach out to Deborah Chang, digital project manager at London-based Little Dot Studios. The YouTube channel is after live-action and animated programming, ideally already dubbed in Ukrainian, Chang told Kidscreen. Little Dot is also exploring the idea of putting displaced Ukrainians to work on dubbing shows that aren’t already available in their language. PACT in the UK is coordinating Sunflower TV  and the ad-free channel has received backing from Ukrainian Institute London, an education-focused non-profit org.

Sunflower TV is, backed by PACT, the UK trade body representing the UK’s screen sector, and a consortium of UK broadcast organizations, PACT’s chief executive John McVay said: “It’s difficult to imagine the trauma Ukrainian children have suffered as a result of being cruelly uprooted from their homes and communities only to find themselves thousands of miles away living in a country where nothing is familiar. Hopefully Sunflower TV can go just a little way in providing them with some kind of light relief or distraction to take their minds off the terrible experiences they’ve been through, even if only momentarily.”

Over two-thirds of children in the Ukraine have been displaced as the result of Russia’s invasion, according to a UNICEF report from this week. Many Ukrainian producers of children content producers have been forced to leave their country and stop productions to make sure they survive due to the terrible life in Ukraine because of the political situation.

Illumination’s Chris Meledandri on ‘Minions,’ Chris Pratt and the Toon Climate
Check Out the Trailer for Season 8 of ‘Madagascar: A Little Wild’