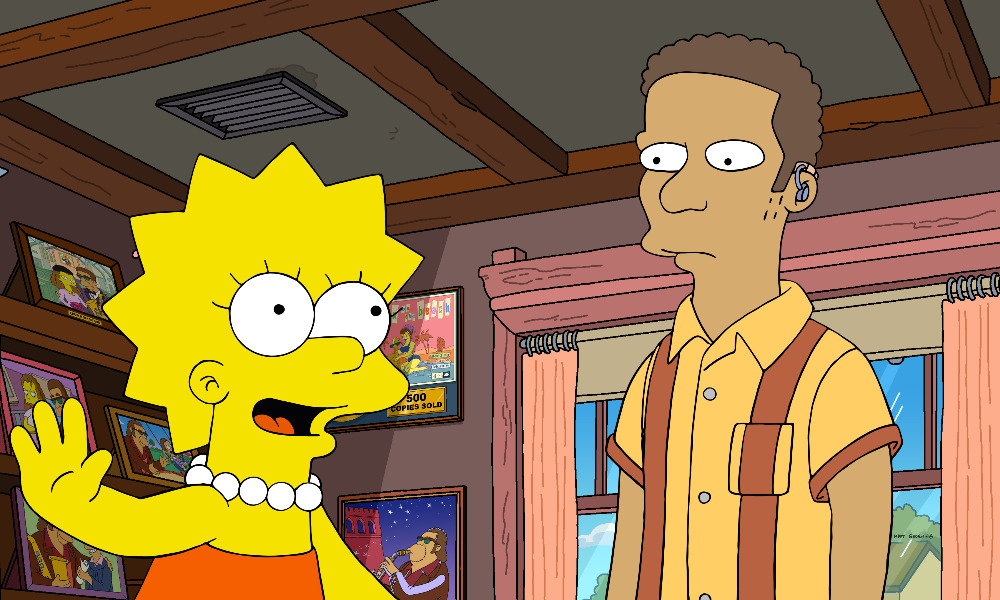 The Simpsons "The Sound of Bleeding Gums"

This weekend’s new episode of The Simpsons not only introduces fans to a brand-new character in Springfield. Titled “The Sound of Bleeding Gums,” this chapter reveals that Lisa’s late, lamented jazz idol Bleeding Gums Murphy had a son who was born deaf. The young man, named Monk, wants to get a cochlear implant — and Lisa, in typical Lisa fashion, gets a bit too involved in trying to help.

Written by Loni Steele Sosthand, this chapter has two major firsts for the long-running series: It features the first use of deaf voice actors on the show, and the 2D animated classic’s first shot at animated American Sign Language. Monk is played by John Autry II (Glee, I Hear You), but the episode also features deaf comedian Kathy Buckley and three young guests from the deaf children’s nonprofit No Limits.

“The Sound of Bleeding Gums” is inspired by Sosthand’s own experience growing up with a jazz-loving dad and a brother who was born deaf. (Sosthand and her brother, Eli Steele, previously developed a pilot based on their lives also starring Autry). 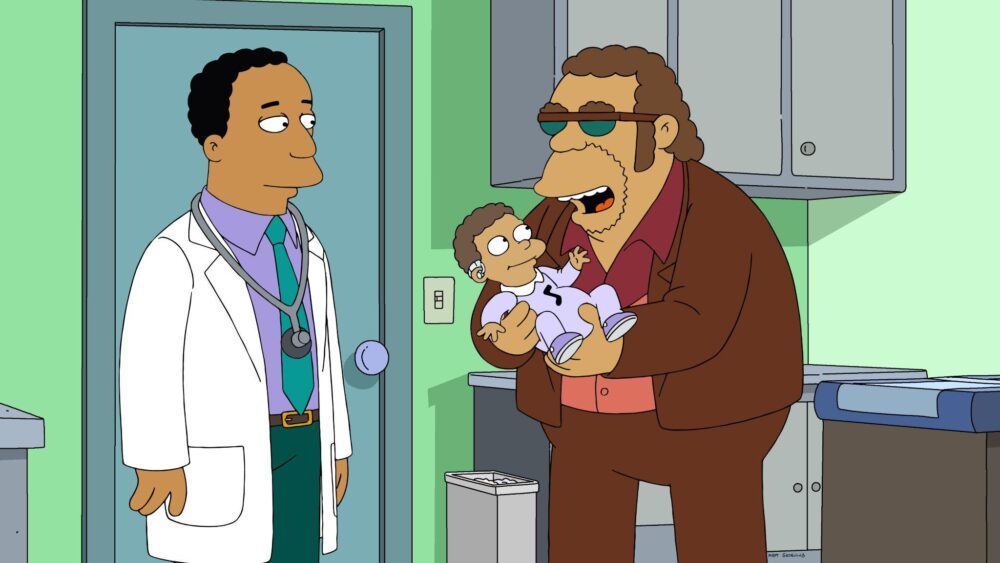 The Simpsons “The Sound of Bleeding Gums”

“I’m mixed race; my father’s Black and jazz was big in our house. We grew up in the suburbs, and it was a way for my dad to bring in that aspect of our culture. But when I think about music, I also think about my brother, who was born deaf,” Sosthand told Variety.

“When we were talking about this Bleeding Gums character in our initial brainstorms, we thought, wouldn’t it be cool if Lisa discovers this whole other side of his life. That led to him having a son, and then we based that character at least somewhat on my brother. And the story grew from there.”

The Simpsons “The Sound of Bleeding Gums” premieres Sunday, April 10 at 8 p.m. ET/PT on FOX.