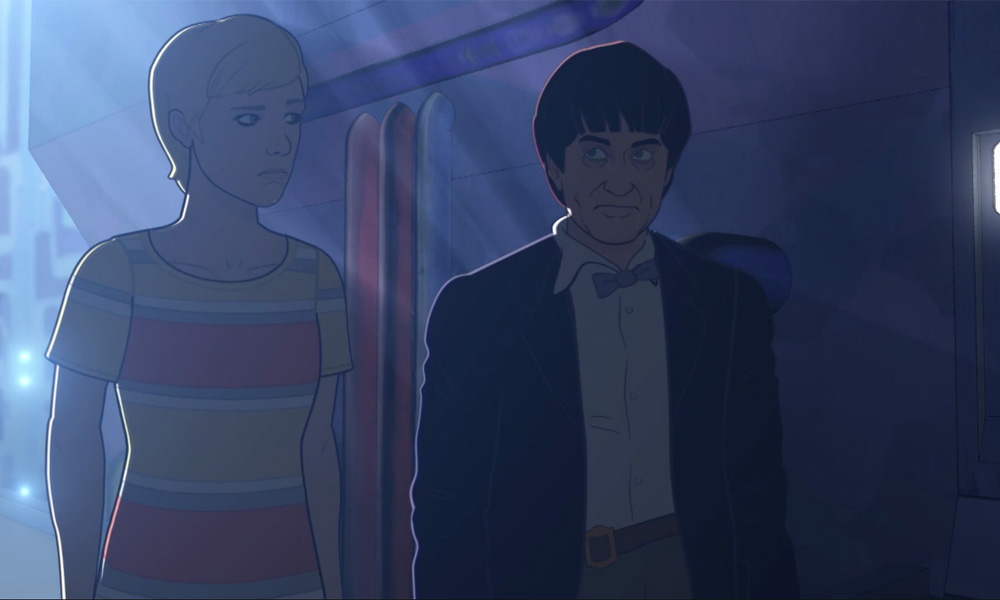 Doctor Who: The Macra Terror

Bristol-based Sun & Moon Studios is doing its part to help close the 97-episode gap of lost Doctor Who adventures in the BBC’s archives, with help from dedicated fans with some impressive foresight in the 1960s. The studio was tapped to animate the four-episode serial “The Macra Terror” based on fan audio recordings from when the story first aired in 1967, featuring Patrick Troughton as the Second Doctor.

Previous attempts to restore missing episodes using animation have had mixed results. “The Power of the Daleks” and “Shada” were enjoyed by the loyal Whovian fan base, but also came under some scrutiny for their limited and sometimes jarring animation. Earlier reconstructions saw a team of freelance animators scattered around the U.K. This time, the plan was to use a professional studio known for producing high-quality character animation and see how far the bar can be raised. After creating an initial animation test, Sun & Moon was commissioned by BBC Studios to help reimagine “The Macra Terror.”

Armed with storyboards, character designs and the original audio, Sun & Moon have delivered a level of performance and character yet unseen in previous animated restorations. The team at Sun & Moon were able to add a level of consideration and subtlety to the acting (while remaining faithful to the original audio) that not only celebrates the original footage but even manages to elevate it, as the original filming schedule was so hectic the episodes were shot like a stage play with hardly any retakes. In fact, Anneke Wills, who played the Doctor’s companion Polly, can’t recall ever having stopped.

Utilizing the powerful animation package Toon Boom Harmony, Sun & Moon used “Master Controllers” to animate complex rigged 2D characters through a full 360-degree rotation, which mostly benefited head turns and facial expressions, allowing for consistent and smooth animation. Filming live action videos for many of the shots, Sun & Moon were able to capture and reference subtle and naturalistic performances like the dart of a pupil, the twitch of an eyebrow or the tilt of a head. With a team of 18 people, including 12 animators, Sun & Moon completed nearly 100 minutes of animation in seven months.

Initial reviews including four stars from The Guardian have all declared that there has been a significant evolution in the quality and performance, and fans are finally getting a level of remake that they deserve.

The Macra Terror will be released on DVD, Blu Ray and digital download on March 25 in the U.K.