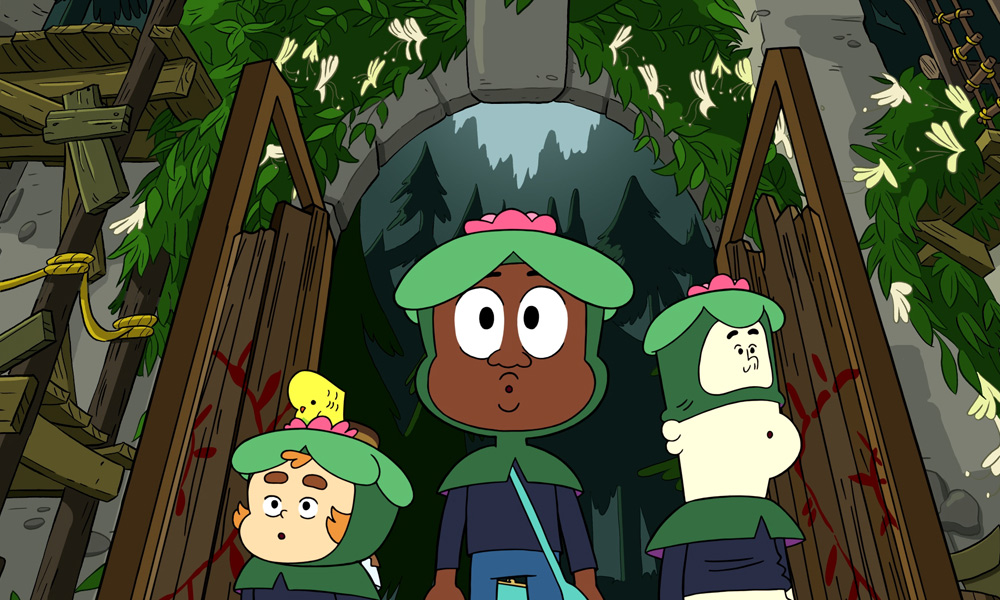 Sunday, June 2
4 p.m. (ET/PT) DC Super Hero Girls “#SheMightBeGiant” Karen Beecher is always getting picked on at school, but when the local mall is attacked by a monstrous supervillain called Giganta, she discovers that tiny Bumblebee might be the only one small enough to save the day.

Monday, June 3
6 p.m. (ET/PT) Teen Titans Go! “The Bergerac” The Titans give Robin advice to guide him through his camp romance with Wonder Girl.

7 p.m. (ET/PT) Amazing World of Gumball “The Web” Gumball and Darwin give Nicole a crash course in computers.

Saturday, June 8
9:30 a.m. (ET/PT) Victor and Valentino “It Grows” As everyone celebrates Valentino for growing his first facial hair, a jealous Vic resorts to magical methods to grow a mustache and compete for attention.

4:30 p.m. (ET/PT) OK K.O.! Let’s Be Heroes “Project Ray Way” When Raymond starts his own fashion line, Rad and Drupe decide to make something even better.

“I Am Jethro” When a different kind of Jethro rolls off the assembly line, the plaza is in for some surprises.

Monday, June 10
6 p.m. (ET/PT) Teen Titans Go! “Snot and Tears” Robin tells the Titans to stop being reckless teens or the Creepy Catcher will get them.

“The Heart” Mr. Robinson tries and repeatedly fails to win back Gumball and Darwin’s friendship.

“Gar Trains Punching Judy” With a big fight coming up, Punching Judy turns to KO and Gar to help her prepare.

Monday, June 17
6 p.m. (ET/PT) Teen Titans Go! “Campfire!” The Titans put on a show but Robin warns that the performance must be boring or else they’ll wake up the wolves.

7 p.m. (ET/PT) Amazing World of Gumball “The Revolt” Darwin feels bad for the household objects in Elmore and encourages them to rise up.

“The Decisions” Darwin has finally had enough of Gumball’s advice and seeks a new mentor.

Saturday, June 22
9 a.m. (ET/PT) Craig of the Creek “The Other Side” Craig, Kelsey and JP must journey past the Overpass into uncharted territory, the Other Side of the Creek.

9:30 a.m. (ET/PT) Victor and Valentino “Welcome to the Underworld” After Vic loses a wrestling match, Vic and Val journey to the underworld to seek advice from their uncle, a famous wrestler named El Toro.

12 p.m. (ET/PT) Ben 10 “Moor Fogg” Team Tennyson goes international in the Omni-Copter and the first stop is for a hike in the Scottish Highlands, but the weather isn’t just bad, it’s foggy, and that means one thing and one thing only: the return of The Fogg!

“King of the Castle” Ben, Gwen, and Grandpa Max next travel to Castle Bishopbrook to visit a distant relative, but when Ben encounters a “ghost” at the haunted home, it turns out to actually be his new rival, Kevin 11, throwing even more aliens his way.

12:30 p.m. (ET/PT) Ninjago “Wasted True Potential” In the wake of the previous season’s victory, the ninja have gone soft and Master Wu must remind them of who they truly are.

“Questing For Quests” Realizing they have gone soft, the ninja search for a quest to reignite their Spinjitzu training. Unfortunately, NINJAGO City is enjoying a period of rare tranquility.

“Radio Silence” Oscar must get Hedgehog a special sandwich in order to save their friendship.

“Director’s Cut” Oscar receives a camcorder from his parents and sets out to prove to them the magic on the island is real.

“The Haunted Campfire” The campers must battle ghosts of their own creation after their scary stories mysteriously come true.

4:30 p.m. (ET/PT) OK K.O.! Let’s Be Heroes “Beach Episode” Surf’s up on a wacky beach adventure when our heroes are challenged to the ultimate beach battle.

“OK A.U.!” An evil warlock takes our heroes to a strange alternate universe.

Monday, June 24
6 p.m. (ET/PT) Teen Titans Go! “What We Learned at Camp” After not receiving participation medals, the Titans must demonstrate what they learned at camp.

“The Inquisition” School Superintendent Evil is coming to Elmore Junior High to stamp out all cartoonish conduct!

Saturday, June 29
9 a.m. (ET/PT) Craig of the Creek “Summer Wish” When Craig decides to keep a lightning bug in a jar, he disrupts the delicate balance of Summer.

9:30 a.m. (ET/PT) Victor and Valentino “A New Don” When Vic and Val discover that Don isn’t really himself – it’s up to them to use his kooky codex of conspiracies to save him.

12 p.m. (ET/PT) Ben 10 “Speechless on the Seine” While in Paris, France, Ben catches Zombozo robbing the Louvre, but when Zombozo hypnotizes Ben to remain speechless, Ben must navigate a foreign land like a mime in order to stop the criminal clown and his traveling circus.

“Don’t Touch” Team Tennyson checks out a Samurai Museum in Tokyo, where a dangerous Samurai sword is stolen from the exhibit, Ben must take on its thief, the new Big Bad in town, the Forever Knight.

12:30 p.m. (ET/PT) Ninjago “A Rocky Start” The ninja have found their quest! Now they just have to get there, which involves a road trip through the Desert of Doom, a region supposedly inhabited by a giant scarab beetle.

“The Belly of the Beast” To repair the Land-Bounty, the ninja must retrieve a critical engine component that has been swallowed by a giant scarab beetle.

Sunday, June 30
12 p.m. (ET/PT) Summer Camp Island “I Heart Heartforde” Oscar, hedgehog and the other campers are excited to take a trip to the non-magical town of Heartforde.

“Space Invasion” A visit from Puddle the alien tests the limit of Oscar’s hosting skills.

“Mom Soon” Hedgehog gets a call during her radio show from someone who needs her help.

“Sneeze Guard” Oscar and Hedgehog must work with the witches to cure Alice’s camp-threatening illness.

“Rad’s Alien Sickness” When our heroes are infected with a virus, Rad stubbornly refuses to back down.

“Dark Plaza” KO and the heroes of the Plaza fight to save Lakewood Plaza Turbo with everything on the line. 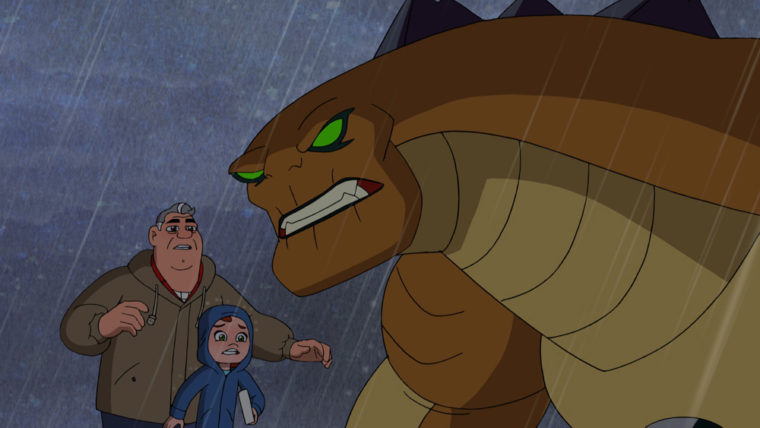 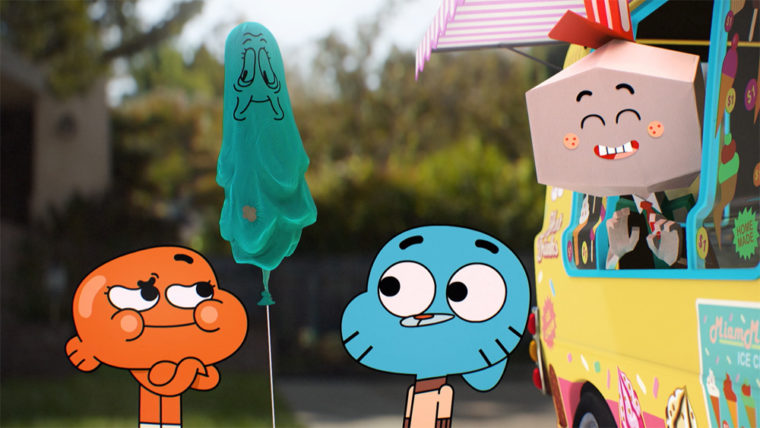 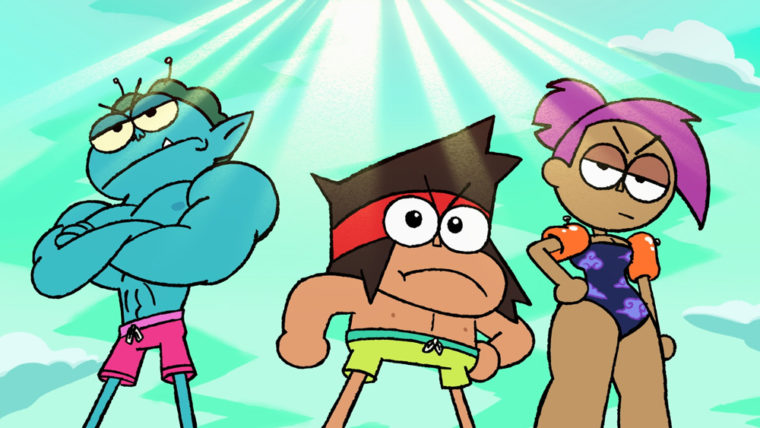 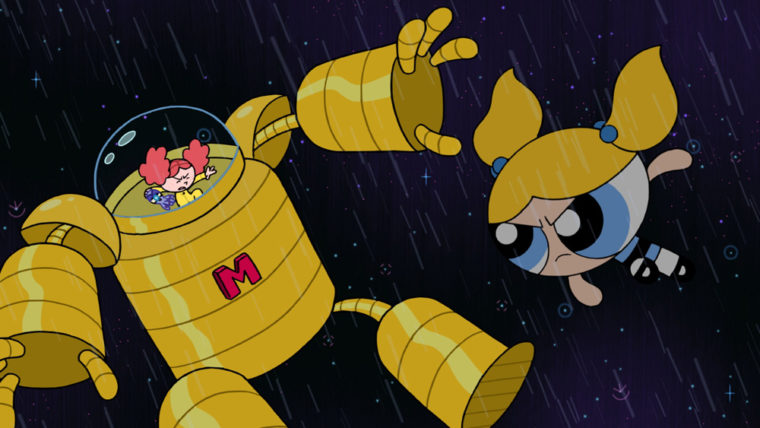 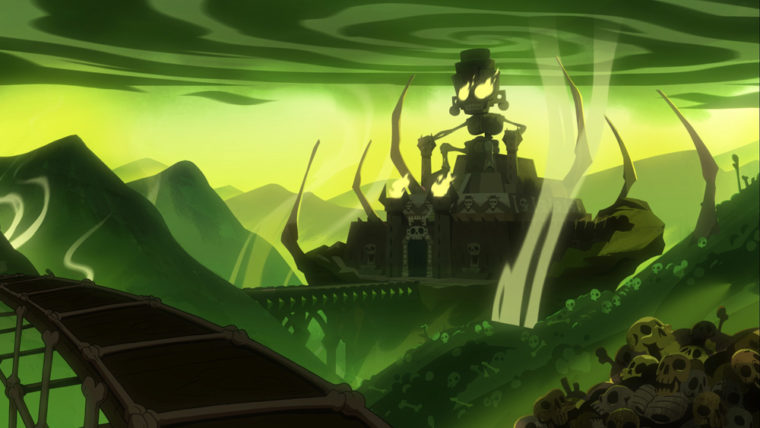