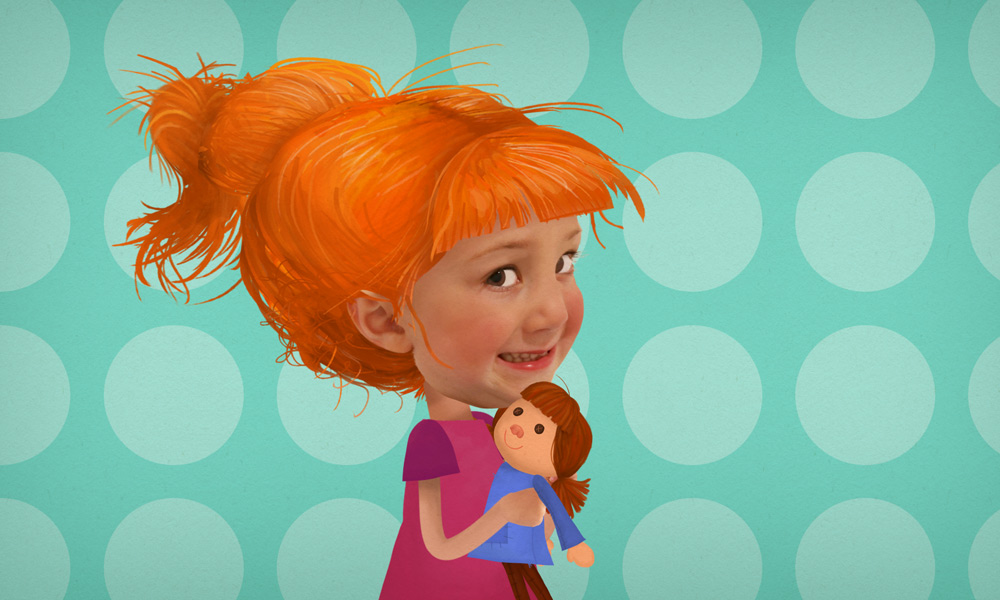 Currently in post-production with delivery due by the end of September 2019, Huggleboo is a hybrid 2D animated series with cut-out animation techniques and photorealistic images. APC Kids has already secured the first sale for the series 26 x 7’ series with HOP! in Israel, with launch planned for 2020.

“We already have a successful relationship with APC Kids on Fox & Hare and we are excited to expand on this with Huggleboo,” said Brno Felix, Co-Founder & Managing Director of Submarine. “We look forward to rolling out the TV series and consumer products program globally.”

Huggleboo is a wayward little girl experiencing small adventures in and around her house, where she lives with her parents and her newborn baby sister Elisabeth, but also in her garden and at her grandparent’s farm. Together with her doll Fluffy, she explores her little world, finding simple things that seem ordinary to us but are very special and exciting to her: from playing hide and seek to turning her room into a princess palace, from discovering a shed being built behind the rhododendrons to finding a beautiful butterfly in the grass…