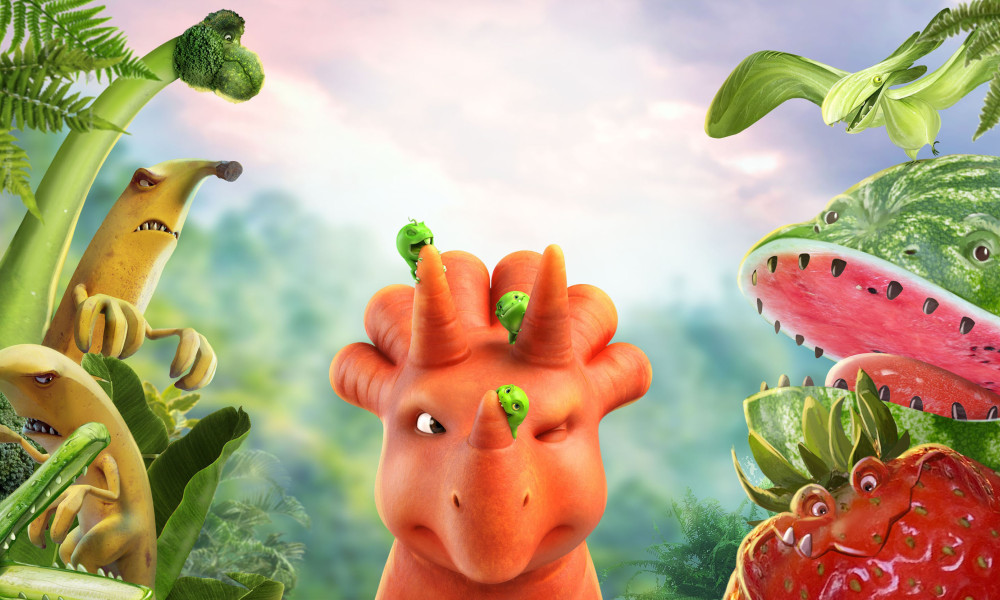 Studio 100 Media is going back through the mists of time into an era dominated by the juiciest and crunchiest creatures ever to rule the planet: the mighty “Vegesaurs.” The action-comedy CGI-animated TV series (20 x 5’) is produced by independent Australian producer Cheeky Little for the Australian Broadcasting Company (ABC) and France TV. Principal production funding is provided by Screen Australia, with Studio 100 as co-investor.

Based on a concept created by Gary Eck and Nick O’Sullivan, the series is targeted at preschoolers and planned for delivery in 2022. ABC will broadcast it in Australia under the title Ginger & the Vegesaurs. Studio 100 Media is responsible for the worldwide distribution of content and licensing & merchandising rights.

“It’s been a wonderful journey developing and producing Vegesaurs. It’s a completely fresh take on the dinosaur genre, packed with action, comedy and heart and we can’t wait to introduce kids to the creatures, sights and sounds of Vegesaur valley,” said Patrick Egerton, Executive Producer, Cheeky Little.

Martin Krieger, CEO of Studio 100 Media, added, “We have already received great feedback from various partners to whom we presented Vegesaurs in advance. Everybody loved the creative way that vegetables have been transformed into dinosaur creatures and kids around the globe will do so as well. The series offers a variety of excellent opportunities with regards to content distribution and in licensing & merchandising!”