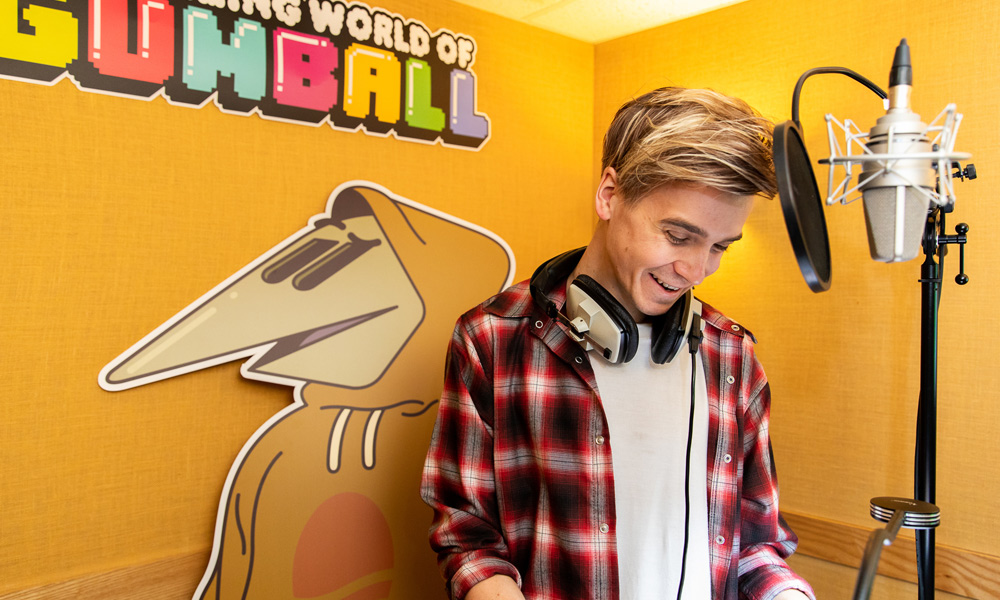 In a first for award-winning animated series The Amazing World of Gumball, Cartoon Network UK announces that YouTube star and runner-up of 2018’s Strictly Come Dancing series, Joe Sugg, will be lending his voice to a one-off character in an upcoming episode.

Airing on May 27 (during the “a-MAY-zing Month of Gumball”), the episode “The Drama” features super-cool ghost of Carrie’s past, Azrael. Sugg’s personality and charm lends itself perfectly to voice Azrael as he shares in-jokes and history with Carrie, much to the dismay of her current boyfriend Darwin and Gumball.

Sugg filmed his experience at Fitzrovia Post on his GoPro, and released the footage to his 3.7 million subscribers on his ThatcherJoeVlogs YouTube Channel, which you can watch below.

“When I was asked to be a guest voice in The Amazing World of Gumball, I jumped at the chance. I’m a huge fan of the show and cartoons generally and I love that this show has humor for all ages,” said Sugg.

The Amazing World of Gumball is a Cartoon Network original created by Ben Bocquelet and directed by Mic Graves. The show follows the misadventures of Gumball, a 12-year-old blue cat, and his adopted goldfish brother, 10-year-old Darwin, and their amazing town of Elmore, where the strangest things happen every day.